On the single shelf in my closet that houses all the novels, games, and movies that aren’t currently tucked away in storage boxes is a particularly thick, purple book. It’s H.G. Wells: Seven Novels, one of those big, colorful classics released by Barnes and Nobel a few years back that look good sitting sit a bookcase. I bought it during a period where I sorta fell out of love with games and wanted to get big back into reading. Looking at the company’s website as I write this I see about 10 more of these hued hardbacks I want to add to my collection.

I’d never read H.G. Wells before buying that book but I was familiar with his work. I’d seen Guy Pierce’s The Time Machine, single-handedly the worst film I’ve ever had the displeasure of viewing. I’d seen Marlon Brando mumble his way through The Island of Dr. Moreau. During a period where I binged classic films, I watched the still enjoyable The Invisible Man. And, like I’m sure most of you have, I sat through Tom Cruise running and Dakota Fanning screaming for two hours of The War of the Worlds. That’s not a bad movie, but after reading the Wells original, it’s also not a very good adaptation.

My main point of contention is the modern setting. Our current society has so many weapons available at our disposal that an alien invasion never seems as terrifying as it could be. They have lasers, we have nukes. They have a force field, we have Randy Quaid. But in 1899, when the original story is set, an alien invasion that pitted their heat-rays against our Maxim guns really could have meant the end of society. H.G. Wells’ original vision for extra-terrestrials invading our world is far more terrifying than any adaptation of his work so far, and it’s the perfect source material for an action-packed survival horror video game.

You play as the Narrator, who after a quick trip to the Ottershaw observatory, must run and hide to survive the Martian tripods, heat-rays, and black smoke as he travels across England searching for his wife. I’m imagining something along the lines of The Last Of Us without the gunfights and conveniently placed, waist-high crates to hide behind. Of Silent Hill: Shattered Memories but without the pre-scripted chase sequences. This shouldn’t be a game about fighting the aliens as developers have done with the source material in the past but about surviving their initial attack and their ultimate dominance over the human race long enough for the common cold to wipe them all out.

Gaming has a brief but excellent track record of turning great books into great games. The Witcher is one of the biggest gaming properties on the planet and I Have No Mouth And I Must Scream is an all-time classic. But The World of the Worlds has yet to see a faithful adaptation and there is no reason, with our modern technology, we can’t get one. That’s the book I’d most like to see on console or PC, but something tells me the Destructoid editors have their own stories in mind that are ripe for a video game. 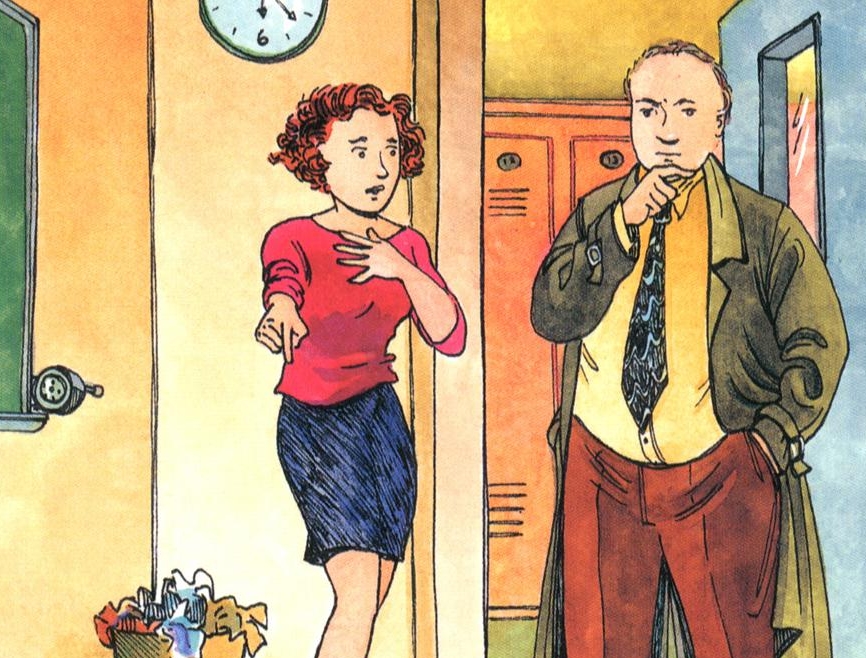 Nobody’s going to know what the hell this book is so I’ll start from the basics. Un cadavre de classe is a string of dad jokes pretending to be a crime investigation story. Drawings and notes in the margins, puns everywhere, blank lines you can fill in yourself, etc. It proudly claims to be a 1000-pages-long book on the back, despite being fairly thin. As you read, you end up realizing that the book is simply skipping pages (page 168 goes straight to page 327, for example).

As you can probably tell by now, Un cadavre de classe is no masterpiece. But it’s entertaining for what it is, and I think it could make for a fantastic adventure game. Nonsensical puzzles based on puns, contrasting art styles, I can see it all in my mind’s eye. Plus, they could make it so the save file timer is faster than real time, to pull off the same trick as the book. 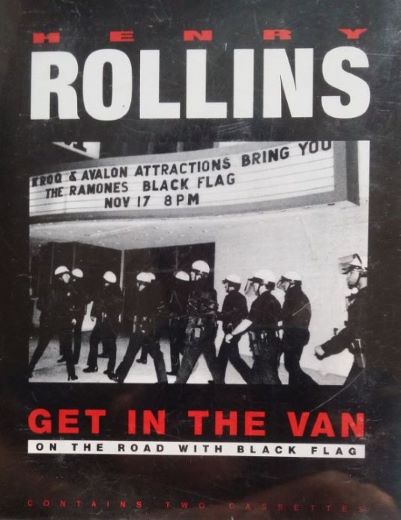 Lately, I’ve been watching a lot of playthroughs of point and click adventure games. It’s a genre I’ve always liked but I lack the patience and mental acuity to complete them. So, when this topic came up I was drawn to that. Thinking about choosing a book, I wanted it to tell a story and take the player on a journey. Then I thought about a journey I’d taken years ago in a book that meant an awful lot to me. It was with punk icon Henry Rollins detailing his time with legendary D.C. punk band, Black Flag. The book is Get in the Van: My Life on the Road with Black Flag and it would make a fucking rad point and click adventure game.

The book is composed of journal entries that Rollins kept while he was the lead singer of the band from 1981 to its breakup in 1986. After quitting his job at Baskin Robbins to join the band, the next 6 years would be touring the world, fighting audiences and cops and the band all while being essentially homeless. It’s a fascinating look inside the punk movement at that time from the other side of the stage and a window into the tumultuous and often violent history the band. From dingy basement clubs in Berlin to dodging cops in Los Angeles, the pictures Rollins paints could be translated seamlessly into a game. There are dozens of photos that accompany the text, taken at gigs, backstage and in the off days of touring so recreating the scenes would be that much easier. It is all there, a story to be told. A journey to take alongside one man who quit scooping 31 flavors and follows a dream that would change the course of his life forever.

I don’t think it’s a stretch to say that not many people knew about Mortal Engines before the Peter Jackson movie trailer hit a few months ago. I didn’t either, but I found the premise of the story to be immediately engaging. Just check out the very first line of the book:

“It was a dark, blustery afternoon in spring, and the city of London was chasing a small mining town across the dried-out bed of the old North Sea.”

You want in on that, don’t lie to me.

And as a video game, you totally could! I imagine Mortal Engines: The Game would be a survival/base-building game. You start out with a small static settlement until you’ve gathered enough resources to build your own Traction City. Obviously, your first city on wheels will really be little more than a suburb. But once you get out on the Hunting Grounds of what used to be Europe and start eating smaller towns for their loot, you’ll eventually grow into one of the most feared predators around.

After that you could choose to specialize: do you want to stay on the wastelands of Europe, or do you want to turn your city amphibious and go hunt the seas? Will you prowl the ice caps for new prey, or will you lead an expedition and hope that the Dead Continent isn’t so dead after all?

I was impressed by Mortal Engines. While clearly written for a teen audience it gets surprisingly grimdark, and the hilariously unfeasible setting of traveling cities eating each other makes it a fun read. As a video game, you could experience that all up close; and probably get horrifically slaughtered a few times along the way.

One of my favourite books as a teenager was The Curious Incident of the Dog in the Night-Time by Mark Haddon. The Curious Incident tells the story of Christopher, a boy with an autism spectrum condition, and addresses how he processes the world differently from other people in his life. He finds a dead dog in his neighbour’s garden and becomes obsessed with solving the “mystery”, while his parents struggle to deal with his neuroatypical behaviour. It can be quite unsettling to read in parts, but overall it was a wonderful, moving tale.

While it has been made into a stage production and the film rights have been optioned, it has yet to be made into a game. But I think it should be — specifically, a Virginia-style murder mystery/walking simulator mash-up. The subject matter would need to be handled sensitively, but Christopher’s different ways of seeing the world could be incorporated into visual cues on the screen or through him voicing his thoughts to the player. For example, Christopher has a ritual of counting the number of red and yellow cars he sees on the way to school, to find out whether he will “have a good day”. The camera could begin to shake and Christopher could voice distress if he sees four yellow cars in a row, which, as he explains in the book, is an omen that he will have a bad day.

It would be great to see a walking sim that gives the player-character a bolder personality, and I think this book would be the perfect opportunity to achieve that. 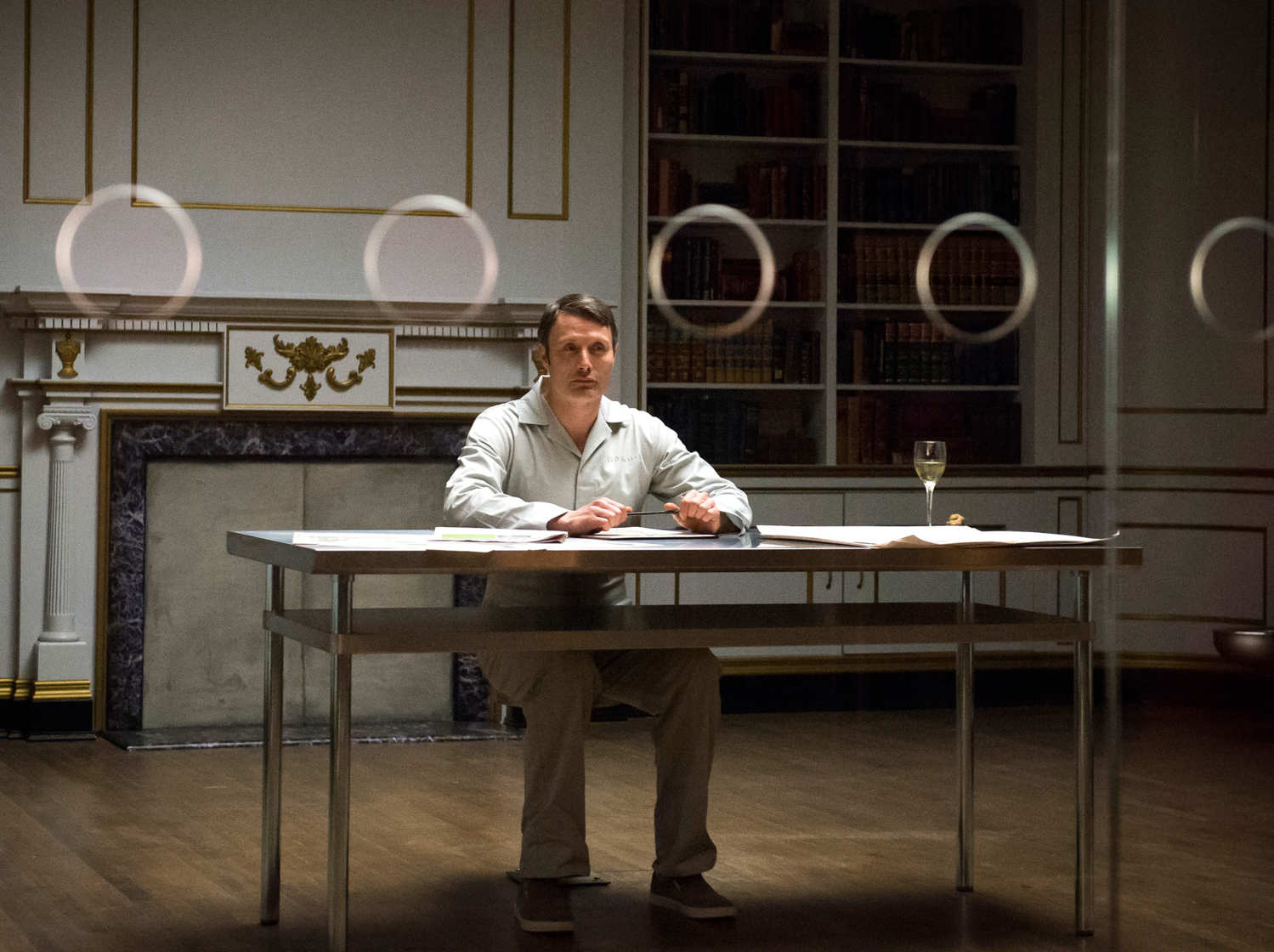 I have an intense love for the character of Hannibal Lecter. There is something that is just so encapsulating about his dichotomous nature that even though I know I shouldn’t find joy in the things he does, I do. I’ve always had a dream that someone somewhere would make a video game adaptation of one of his stories, and while it is not technically in any story, I would love to see an adaptation of Hannibal before he was apprehended. It would be perfect for loser nerds like me who love stealth, cooking, and text adventure games. Ok here goes.

You spend some of your time in game listening to patients problems as their psychiatrist, which is handled by a text tree mechanic. Through your psychiatry appointments, you discover who is rude enough to be used as a meal and who deserves to live. When you find your next rude little pig, the stealth mechanics kick in. You must find them, tail them and bring them back to your home for processing. After the deed is done you then cook your victims into a delicious meal to serve to your friends and you get graded on your technique. So it’s text-based adventure meets Metal Gear Solid, mixed with Cook, Serve, Delicious. I await either my Nobel Prize in game design or the men in the white coats.