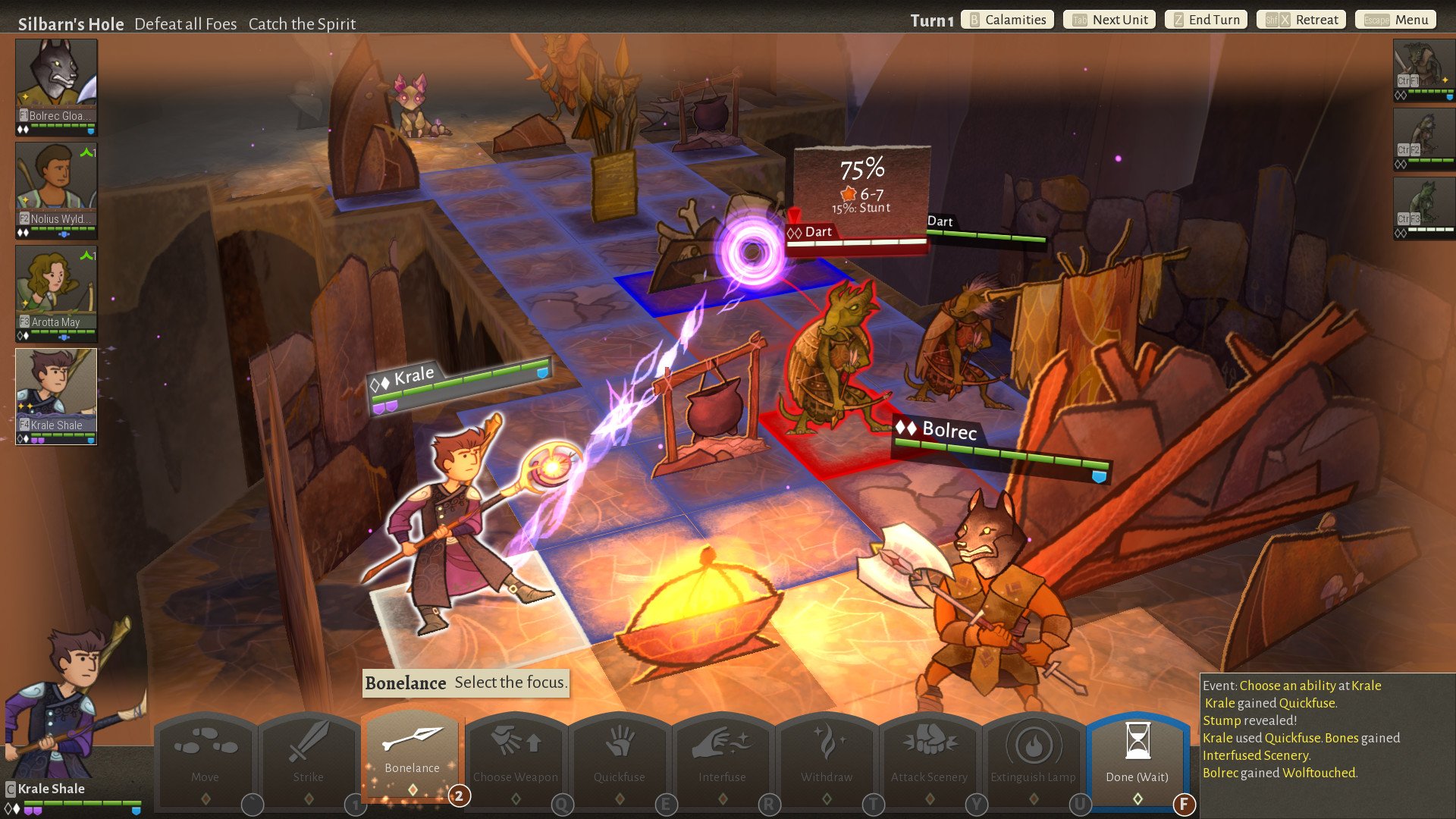 [This week Destructoid is made possible by Wildermyth. This is a sponsored post.]

Today sees the release of Worldwalker Games’ Wildermyth, a “myth-making tactical RPG” born from the developer’s profound love of all things tabletop.

The dev team shared some of their most memorable tabletop experiences, characters, and inspirations below:

I played a pirate captain who was a living tree. Ragnor Arboras terrorized the land until he lost an arm to a monstrous sea creature. Time passed, and he befriended a tiny orphan mimic. Over time, the mimic bonded with him and became a part of him. Ragnor became the terrifying Mimic Arm Pirate, and no land was safe from his hungering grasp.

Messing around with character creation is one of my favorite activities. Building a four-armed puppeteer-turned-mech pilot in GURPS, a surly artificer/sorcerer in Exalted, an arrogant superhuman hacker in Nobilis, or a Gorilla Scientist with a penchant for social gaffes in Spirit of the Century. I’ve done homebrew zombie survival games where each character gets to pick two tropes from TVTropes. One of the things I love about League of Legends (I worked at Riot for 3.5 years before launching Worldwalker Games) is the really broad variety of champions, their origin stories, and the tone of their lore. One of our biggest goals for Wildermyth is to be able to support as many character concepts as we can.

I played a halfling bard who didn’t like to hurt things. Once, while the party was being attacked by an owlbear, she was able to put the owlbear to sleep. Not satisfied, the party’s wizard decided to finish off the owlbear with a stab from his trident, but three times in a row he whiffed his rolls and just stabbed at the air while everybody else laughed at his terrible combat skills.

We used to play a board game called “Descent: Journeys in the Dark” with a group of friends, and the turn setup is kinda similar to Wildermyth, where you choose the order that all your heroes take their turns at once, and then the “Evil Overlord” player chooses how the monsters will take all their turns at once. Each hero had different speed, fighting abilities, etc. It was a long, sometimes grueling game, but super fun, and we would sometimes spend almost half an hour on just one turn, the three or four of us discussing how to pull off the most ridiculous hero-turn that we possibly could.

That game was also an inspiration for Wildermyth‘s relationships and personalities, since we really enjoyed “flavoring” our turns with how the heroes might interact with each other — e.g. “So the minotaur charges down the hallway, but then got his horns stuck in the door, which is why he missed his attack. And then the skeletal battlemage, who is grumpy because he feels like he has to carry this whole incompetent team, he floats in looking exasperated and nonchalantly clears the kobolds out of the entire room.”

Some of Wildermyth‘s character creation was inspired by Spirit of the Century’s “aspect” system. Characters start out with some unique facts about them (“Martial Arts Movie Star” or “Raised by Chimpanzees”), and you play the game trying to highlight those.

And of course, we’ve also played a few D&D campaigns together. Nate’s been playing and DMing since he was a kid with his siblings, but for the first campaign I played with them, he wanted to put a twist on the normal D&D tropes. So we were all Dwarves, and we were in a band (loosely based on the Beatles), and we were trying to bring the power of “Rock Music” to the wider world. Nate made up some extra mechanics for the concerts we’d play, and we’d encounter other bands like The Grateful Undead, or we’d get whisked away to psychedelic alternate planes, etc. It was a good time.

I created a Perfect Paladin as a child of 7 or 8, for my brother’s D&D game. Pemlore! This guy was everything a kid with knightly dreams could imagine: an orphaned prince with a quest to reclaim a lost sword, wielding a great two-handed blade and resplendent in shimmering plate. A Charisma of 17! And then the grouchy Elf King asked me a simple question and I lied like a little kid. The rules of that universe stipulated I lose my Paladin abilities upon telling a lie. And like a good older brother, my DM didn’t pull any punches.

It’s one of my most vivid childhood memories, and a reminder as a storyteller that what feels like catastrophic events for our characters are often the moments we truly come to inhabit them. Misfortune in a game can be an opportunity to tell a story we weren’t expecting, to bring more meaningful depth to our characters, motivated by their interactions with their world and not simply spun up in our idealistic imaginations.

Now we want to hear yours! Drop a comment below with tales of your legendary and/or legendarily disastrous RPG exploits, and check out Wildermyth on Steam to start making some new tabletop-y memories!