The season of the witch

Halloween is my favorite holiday. Aside from being a great excuse to dress up like an idiot, party with friends, and drink terrible pumpkin-flavored booze (that any other time of the year you’d dump into the nearest gutter), it has the best aesthetic of any of the major holidays. Spooky ghosts, creepy mansions, wolf-men, and every other sort of monster you can name — what other holiday can beat that? Every year I make a point of playing a few extra spooky games during October to get myself in the Halloween spirit, and I’m sure I’m not the only one.

This particular season of spooky games is already going great for me. I finally got a chance to sink my teeth into Bloodborne, and its towering Gothic cathedrals, horrifying beast-men, and strange eldritch abominations are just perfect for the season. I mean, it’s basically “Monster Mash: the game” (except instead of dancing, all the monsters are taking turns pulling your entrails out and flogging you with them). I’ve been long overdue for a trip to Yharnam, and I’m a little embarrassed that it has taken me so long to pick it up, but in a way I’m happy it’s worked out like this. I played the original Dark Souls during the Halloween season, and the series has always been associated with the crisp fall mornings, falling leaves and the first frosts of the year in my mind. It feels right to play Bloodborne now (even if a GOTY edition was announced mere days after I finally bought it). 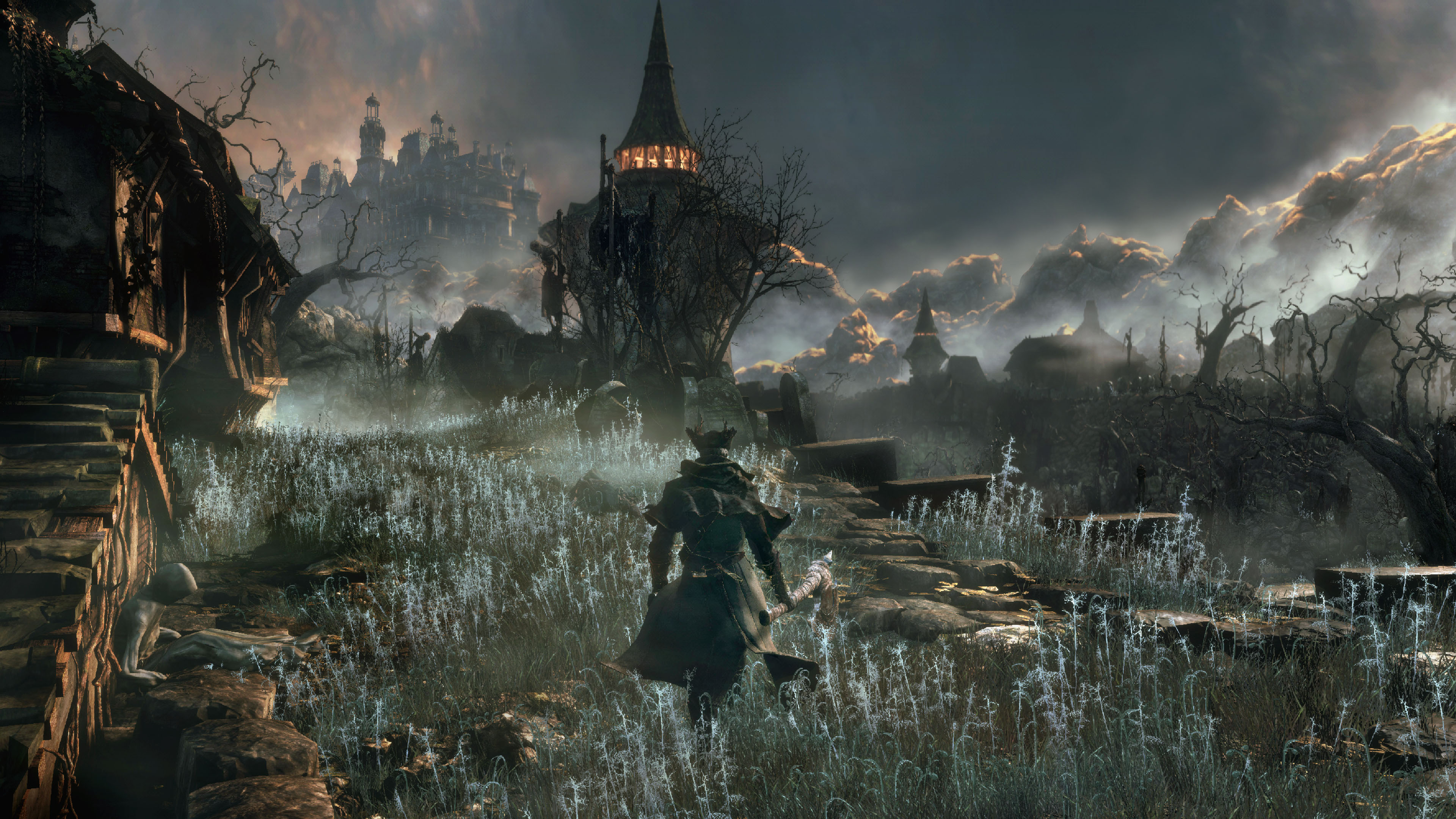 Of course, when it comes to hordes of monsters, not even Bloodborne can hold a candle to the Diablo series. After having a “ho-hum” time with Diablo III on the PC when it launched, I’ve been more than pleasantly surprised by the Reaper of Souls version for the PS4. Everybody said Reaper of Souls is a completely different beast from the original, and I have to admit they were right. The game plays faster and smoother than ever before, like it belonged to the console world of controllers and couches all along. It’s the perfect late night co-op game to snuggle up and relax with. Who would have thought ripping through unending waves of goat-men and lesser demons could be so therapeutic and festive?

I’ve also been making time to practice my Binding of Isaac skills when I can. You might not agree with me lumping Isaac in as a Halloween game, but if a bowl of spaghetti “guts” in the dark is gross enough to qualify as a spooky experience, Isaac has more than got that beat. Besides, Afterbirth is coming out at the end of the month, and if what Edmund has teased about it is any indication, he’s planning a hell of a time for us. I’m going to want to be in top form for its release.

So what have you been playing, or what are you planning to play, this Halloween season? Will you be breaking out the indie horror hits like Amnesia and Outlast? Revisiting classics like Silent Hill and Alan Wake? Or maybe you like the idea of being the monster yourself and you’ve dusted off a copy of Vampire the Masquerade: Bloodlines. Of course, let’s not forget about Halloween-themed DLC like Red Dead‘s Undead Nightmare either!

There are a lot of ways to get spooky this month. What’s your favorite?