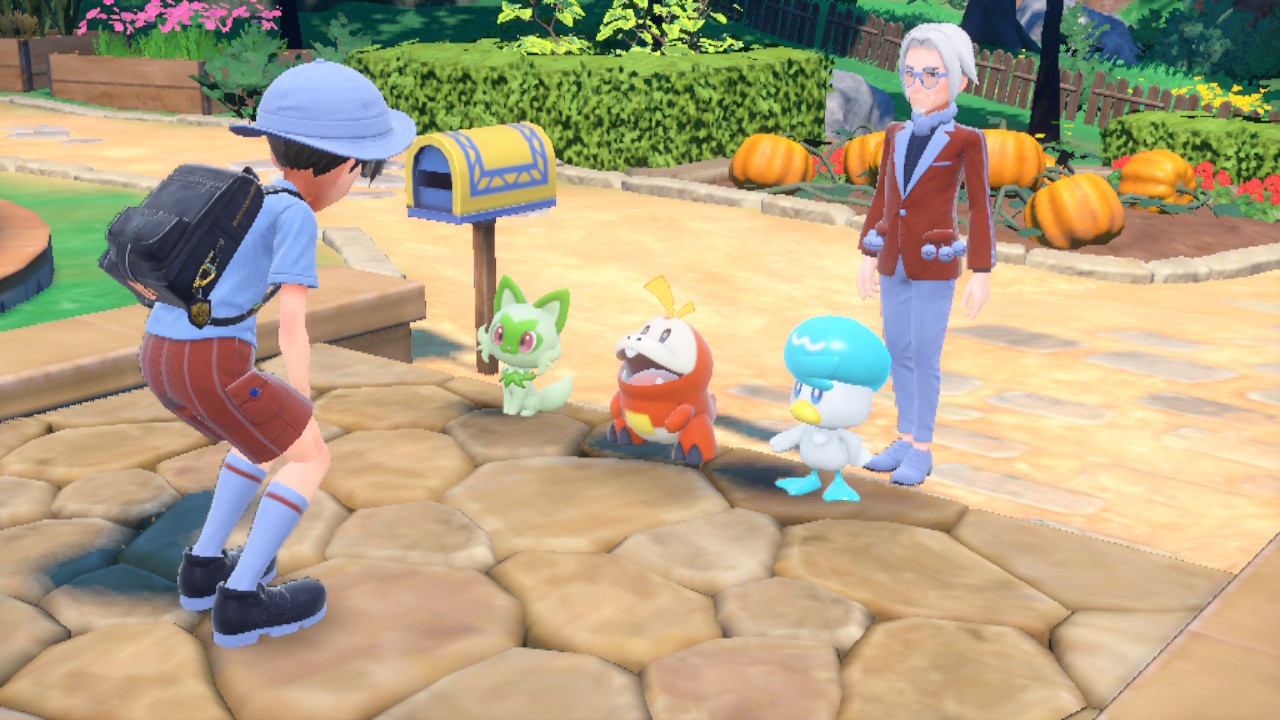 We’re back on the fire, grass, and water train again, as Pokemon Scarlet and Violet work with the classics.

Here’s a quick rundown of the three starters for this generation, in case you’re wondering which to go with. 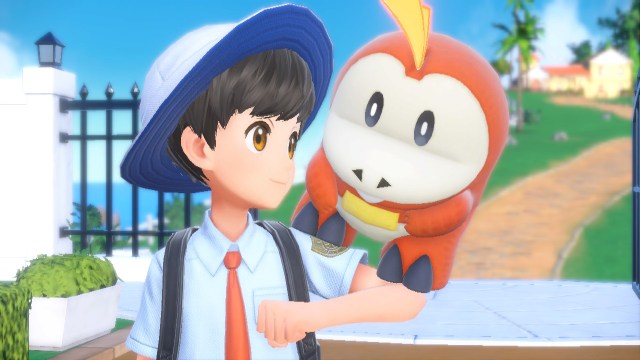 Described as a “fire croc Pokemon,” this adorable thing will probably be a popular pick, if not the most popular, of this generation. It weighs 21.6 pounds and clocks in at a foot and four inches tall, and has the “blaze” signature ability. It’ll also come in handy in the gym storyline, as one of the easiest-to-reach early gyms is the bug type gym.

“Fuecoco is laid-back and does things at its own pace. It loves to eat, and it will sprint toward any food it finds with a glint in its eye.”

In the in-game intro, Fuecoco burns and apple and tries to eat it. 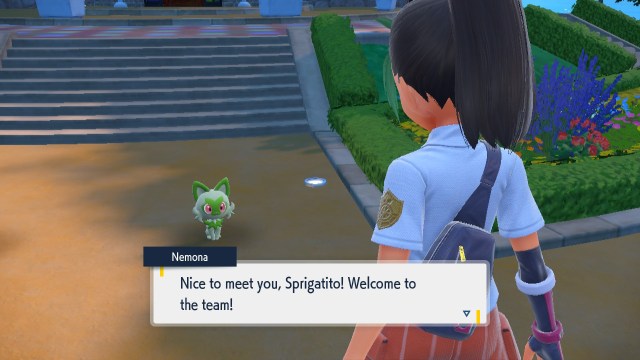 In what could be a good middle ground between the other two, Sprigatito is its own brand of cute. It’s a light nine pounds, and one foot four inches tall: and is a “grass cat Pokemon.” While I generally go with plant or water-based Pokemon in nearly every entry, I’m breaking tradition with Fuecoco this time! According to a Famitsu poll readership, Sprigatito is actually the most popular starter.

“Capricious and attention seeking, it may sulk if it sees its Trainer giving attention to a Pokemon other than itself.”

During the intro to all three starters, Sprigatito kind of does its own thing and acts cute in a patch of flowers. 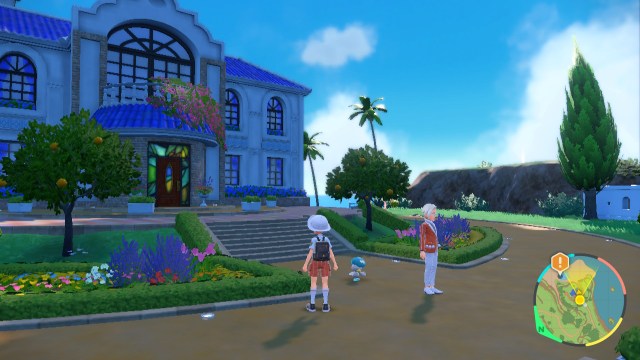 If we’re going on looks alone, Quaxly could win “most hyped starter of the three.” It’s a hefty 13.4 pounds, and is one foot eight inches tall, and is a “duckling Pokemon.”

Here’s what the stoic Quaxly is all about:

“This serious-mannered Pokémon will follow in its Trainer’s wake. It’s tidy, and it especially dislikes getting its head dirty.”

Stoic indeed! Quaxly takes charge in the opening lineup of starter choices: and helps direct the other two in place.