The new twist to Pokemon battles.

In short, Terastallizing allows trainers to augment one Pokemon’s power during a battle. Once Terastallized, the Pokemon’s typing will change to its predetermined Tera-Type. For example, if your Pikachu’s Tera-Type is Flying, it will be treated as a Flying-Type Pokemon. This affects what moves will do super-effective damage to you, as well as which of your moves will get a Same Type Attack Boost (or STAB). Unlike Dynamaxing, a Pokemon will stay Terastallized for the remainder of the battle. However, you won’t be able to Terastallize again until you visit a Pokemon Center.

There are many hidden properties to Terastallizing that make it more complicated than it appears. If a Pokemon’s Tera-Type matches one of its original types, it will do bonus damage when using that type’s moves. For example, if Fuecoco has a Fire Tera-Type, it will inflict more damage with Ember than it would normally. Conversely, even if a Pokemon loses types when Terastallized, it will still receive STAB when using attacks that match its original typing. This means a Pokemon’s attacks will never get weaker when it is Terastallized. 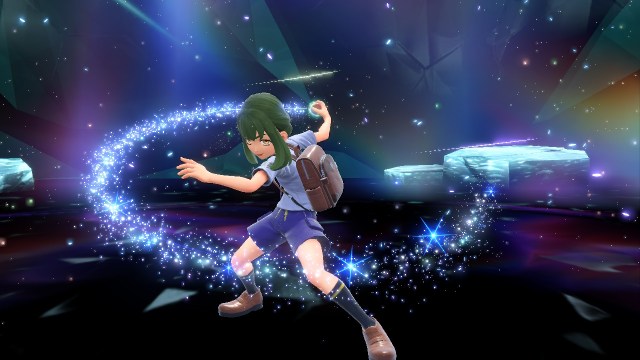 How to catch unique Tera-Type Pokemon

Most wild Pokemon will have Tera-Types that correspond to their original types. However, if you see a glowing Pokemon in the wild, it may have an unusual Tera-Type. To catch these Pokemon, you will first have to damage it without holding back to break its Tera-Form. Don’t worry, you can’t knock out a Pokemon in this phase, and you’ll be able to catch it with a sliver of its health remaining. You can also participate in multiplayer Tera Raid Battles to acquire Pokemon with unusual Tera-Types. Eventually, you will discover a way to change a Pokemon’s Tera-Type to whatever you’d like if you have a specific vision for your party in mind.

Terastallizing can be extraordinarily powerful for both its offensive and defensive capabilities. For example, if two Ghost-Type Pokemon are fighting each other, one could Terastallize to Normal-Type to nullify incoming damage while still doing super-effective damage in return. Additionally, since a Pokemon will stay Terastallized for an entire battle, nothing is stopping you from exploiting this to sweep a Gym Leader from start to finish with a Pokemon they are weak to. Just remember that your opponents will be using similar strategies against you, so be on your guard.