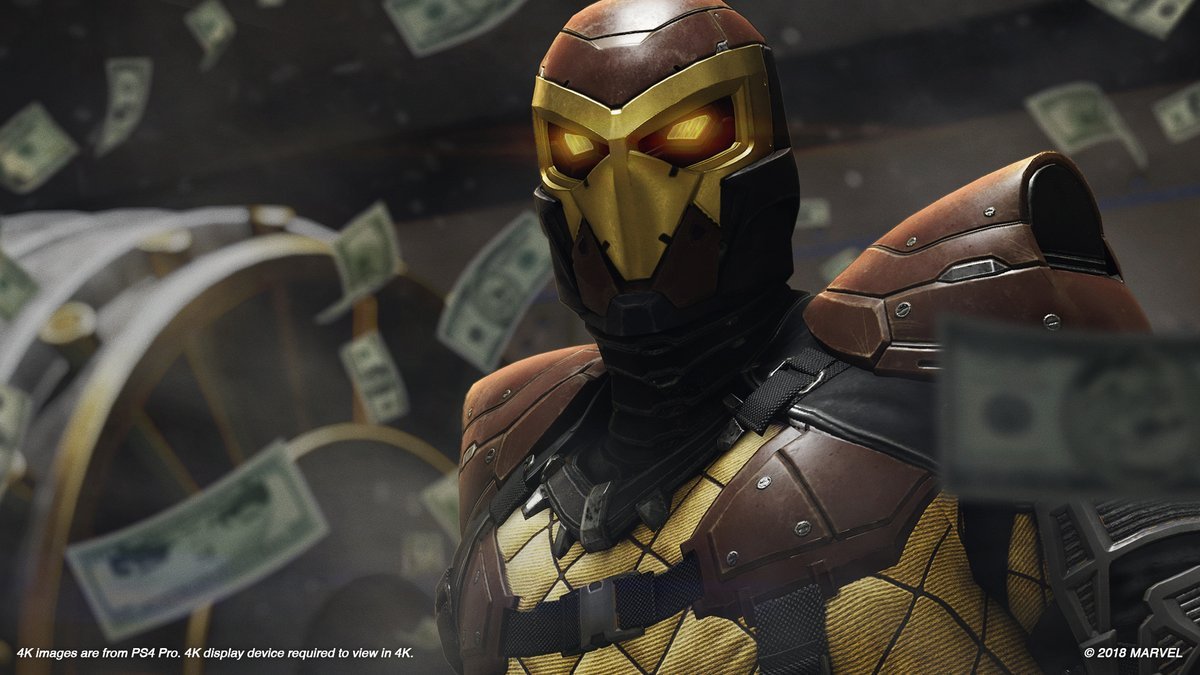 Maybe this is the time he finally bests Spider-Man

Shocker is no stranger to Spider-Man video games. Here’s a list of every game he has appeared in, often as a low-level early boss. It’s not surprising that he’ll also be in Insomniac’s upcoming Spider-Man.

This morning, Insomniac gave us our first look at Shocker. Judging by the money raining down around him, he’s probably robbing a bank semi-inefficiently.

Is he shocked or just mad? We can’t tell. #SpiderManPS4 Out Sept 7th! #SpiderMan pic.twitter.com/PuOhdHRLM5

Spider-Man releases exclusively on PlayStation 4 on September 7. In other superhero news, I will never see Avengers and I think Venom looks neat. Actually, what we really need is a new Maximum Carnage game. I will not apologize for this opinion.