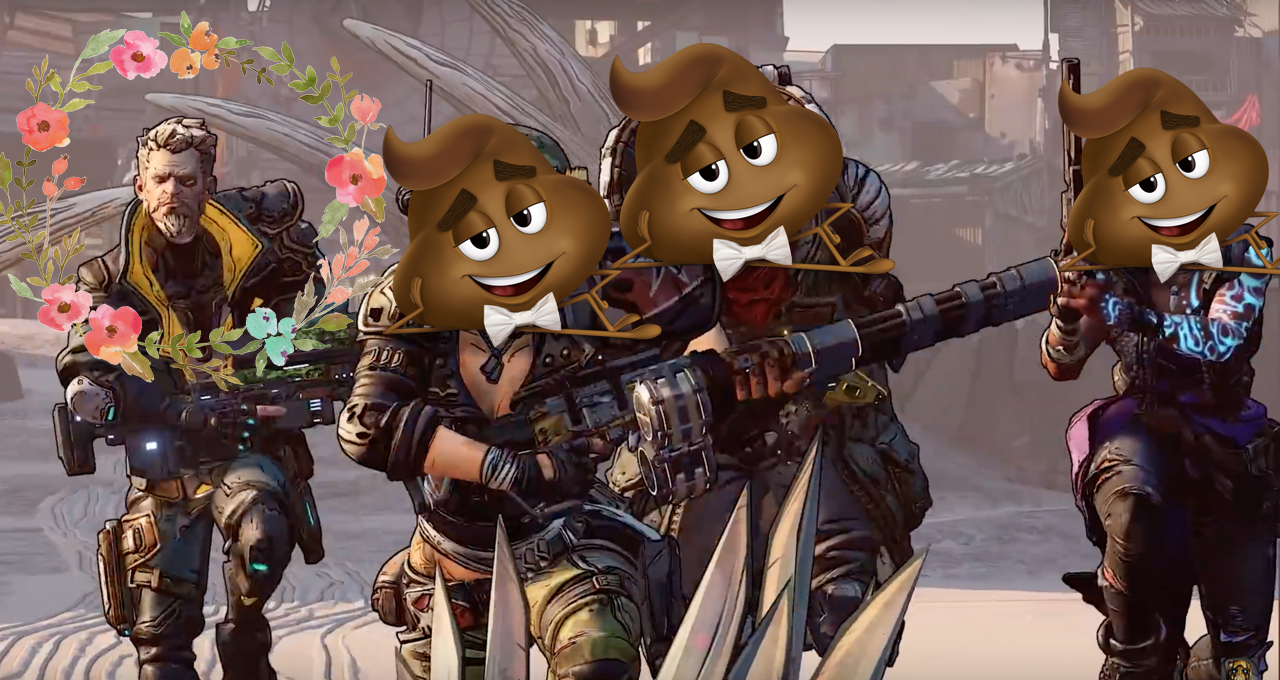 Eventually, however, after finding it on sale for less than $10, I broke down and bought the GOTY edition of Borderlands 2. A coworker goaded me into installing in my Mac and the two of us teamed up on weekends to take down Handsome Jack. I picked Gaige the Mechromancer and absolutely fell in love with the game. Holy shit was I an idiot not to play this series sooner. I still haven’t played the Pre-Sequel (and I probably never will) but I’m stoked about Borderlands 3 and ready to call dibs on the best Vault Hunter.

FL4K? Pfft, that’s not even a real name. Amara? Sorry, but unlike Darren, my dick doesn’t get hard at the idea of being broken in half by a female MMA fighter. Moze? Why on earth would I pick a character whose name is even remotely close to Moyse? No, clearly the best Vault Hunter in Borderlands 3 is going to be Zane. 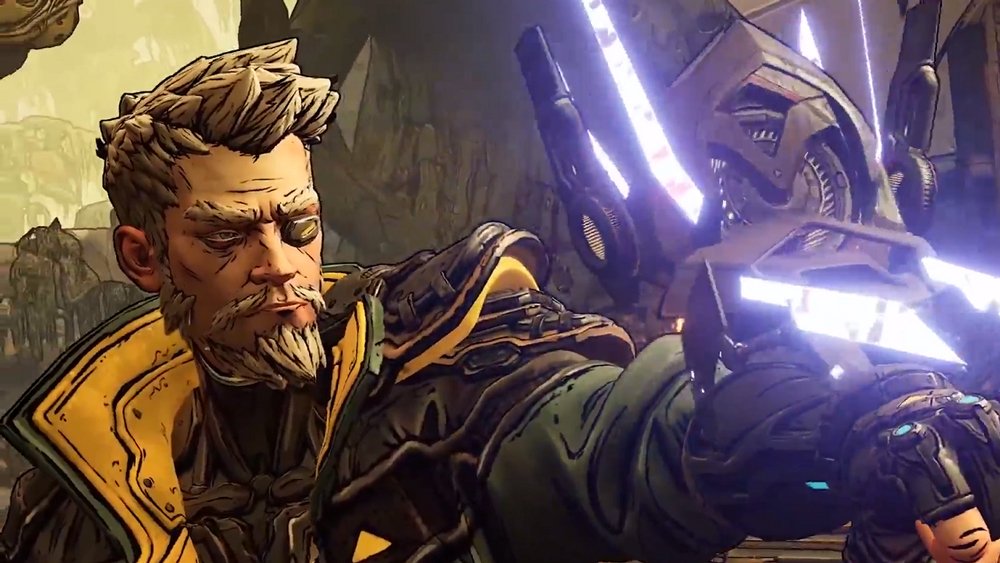 His name is Zane.

Zane. What a cool name, right? I don’t mean cool right now, but Zane is definitely the name of a character who’d appear on a single episode of Saved by the Bell where he’s immediately befriended by Zack Morris and gets a date with Kelly Kapowski, only for it to be revealed at the end of the episode that the reason he’s such a good football player is because he is taking steroids. And after he exits the scene, forever shamed by some fucking lame speech, the lights dim as Mark-Paul Gosselaar and Elizabeth Berkley break the fourth wall to explain to kids that drugs aren’t cool, even though they just spent the episode talking about how cool this guy taking drugs was.

I should add his last name is Flynt. Zane Flynt. They named him Zane Flynt.

That is some motherfucking Brokeback–Mountain-fan-fiction shit right there. 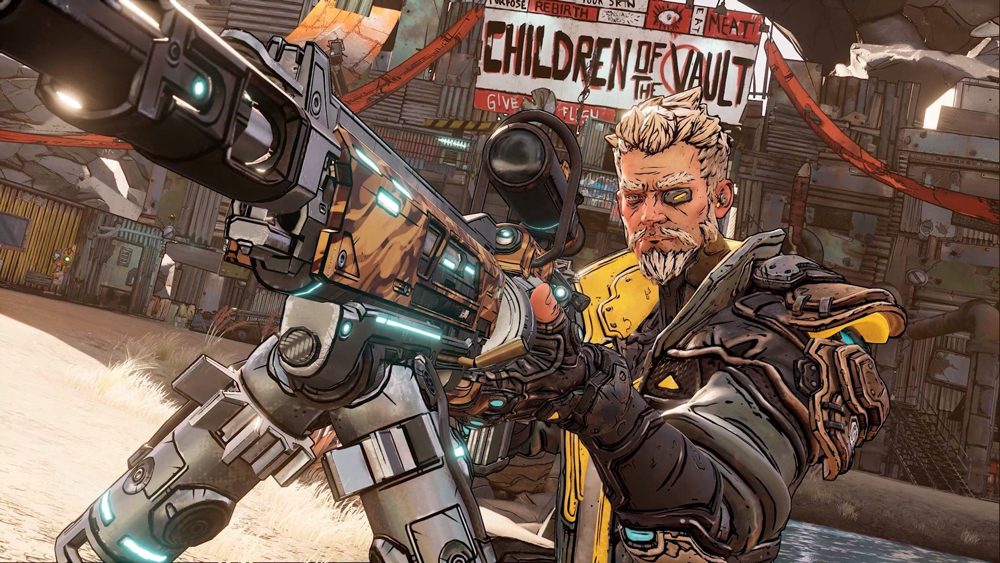 He’s kind of an extension of Gaige.

I loved playing as Gaige in Borderlands 2. Sure, it took me far too long to get my bearings straight and my co-worker ended up doing a lot of the heavy lifting with his sniper-heavy Maya. I just enjoyed wrecking shit with D347-TP, sending it out as a tank as the two of us racked up headshots. Zane doesn’t have his own Death Trap but he does have SNTNL.

It’s not exactly the same as this drone can’t tank for my team, but combine that with his Digi-Clone ability that created a digital copy of Zane that draws fire away from the real person, and you have the potential for a one-man wrecking crew. Add in his damage amplifying barrier and it’s clear Zane is the most vital new Vault Hunter, unlike those other forgettable chode jugglers. 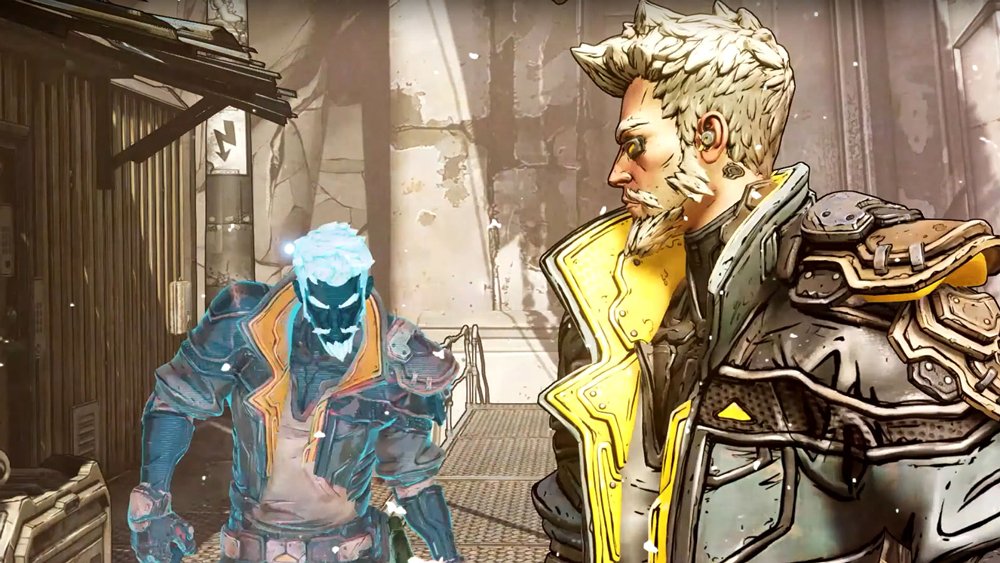 He can play dirty with his action skills.

Unique to Zane in Borderlands 3 is his ability to equip two action skills at once. Sure, he loses the ability to throw grenades if he goes this route, but think of all the damage you could do with any two of those skills I mentioned above. Throw down a barrier and send a drone out to do your dirty work? Create a clone and that you switch places with as you send a drone out to do your dirty work? Throw down a barrier and create a cl…oh like there is any fucking chance in the world I don’t always have SNTNL equipped. Look at that skill tree and tell me you aren’t wetting your pants at the thought of seeing skills like Static Field, Boomsday, and Almighty Ordnance in action. 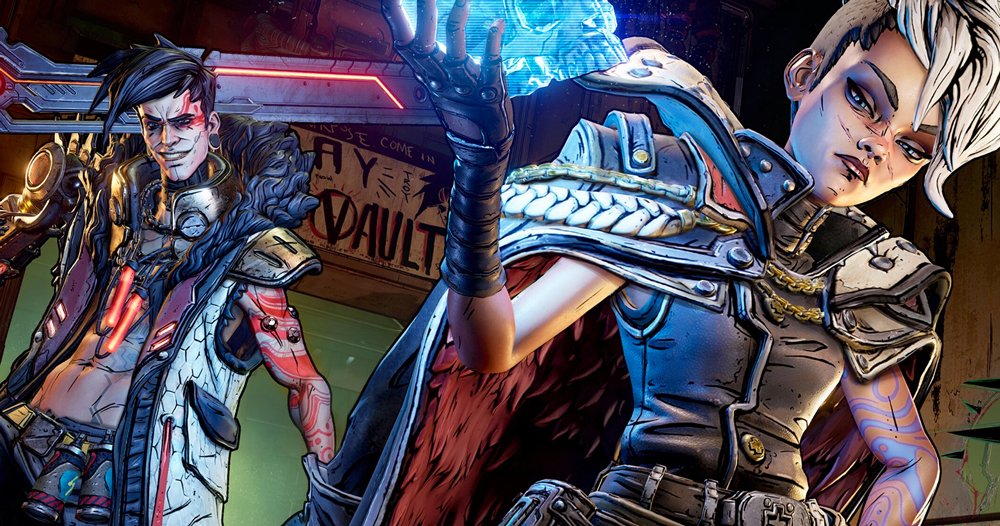 The thought of playing an old man fighting against streamers and influencers gives me many chortles.

I don’t know if the Calypso Twins will ever reach the high standards set by Handsome Jack, but goddamn I am excited to see how the Gearbox writers pull it off. The streamer and influencer industry is ripe for parody and I don’t think nearly enough projects highlight just how stupid and deceiving it is to have people pretending to be the friends of kids and teens in an increasingly disconnected world while also trying to sell them shit they can’t afford. You know, when they’re not trying to get kids to send them naked pictures.

I’m only 34 but I’m getting to an age where I want to yell at people to stop watching YouTube and go for a walk. I’m basically a younger version of Clint Eastwood in Gran Torino but without the racism. So the idea that I get to go all old man, get-off-my-lawn ballistic on two young punks is really all I could ask for.