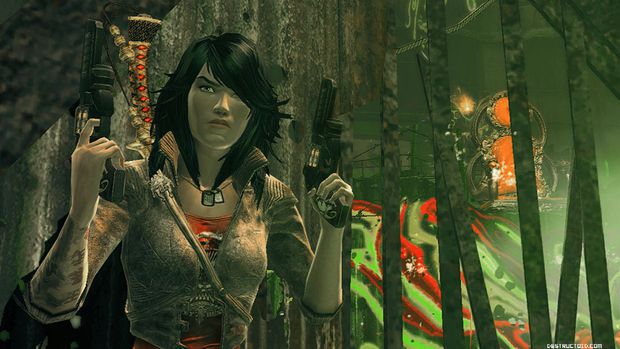 Fresh off B-movie videogame WET, developer A2M might take another swing at developing an original IP. Speaking to VG247, WET creative director Patrick Fortier confirmed that studio was at least entertaining the idea, but he wasn’t definitive in his response. “That’s definitely something A2M is looking at,” said Fortier, “so yes, that’s certainly a possibility.”

Another possibility is A2M working with Bethesda again. In the same conversation, Fortier said that Big B understands WET’s protagonist and, more importantly, is a swell developer to work with.

“They understand Rubi, they speak the same language as us (since they are developers too, they understand how things work on the floor) and they are consummate professionals, so it’s been nothing but joy collaborating with them,”

We’re guessing we’ll see Rubi again before A2M dabbles in fresh IP again, but still, it’s good to know that the developer hasn’t slammed its foot down on the pedal quite yet.