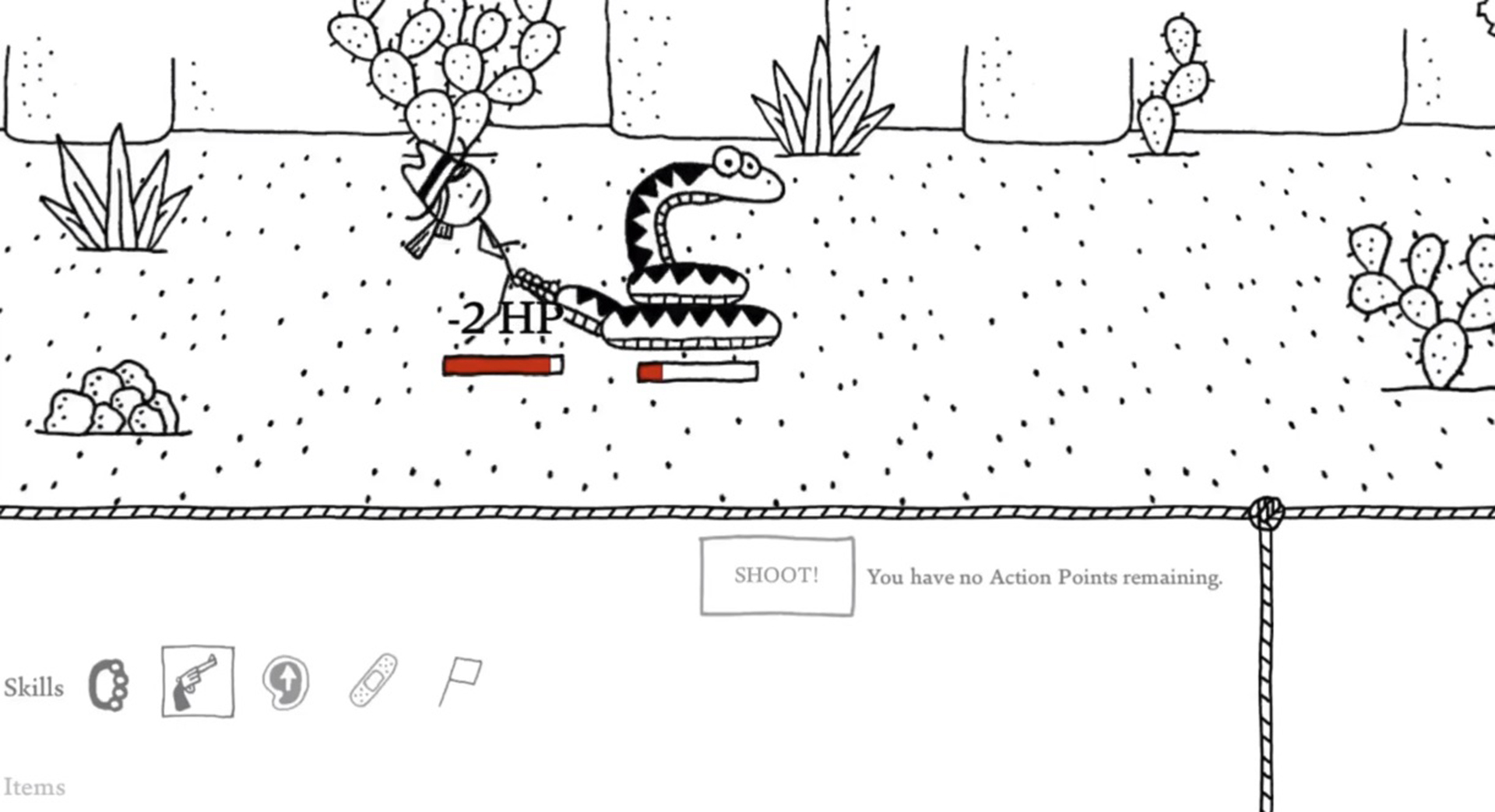 Get ready to shoot em’ up in West of Loathing, the quirky little RPG that released last year on PC through Steam is now making its way to the Nintendo Switch as a system exclusive this Spring.

Acting as a follow-up and Western take on the long-running MMO, Kingdom of Loathing, in West of Loathing you’ll be exploring a glorious stick figure-themed open world with hilarious random encounters, goofy dialogue, and turn-based RPG shoot-’em-up action.

Although there isn’t any word yet if there will be any distinct differences from the PC release, the Switch version was teased to include “more than 50 hats to collect and liberal use of the Oxford comma.”