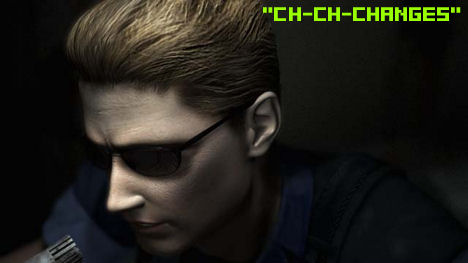 If there is one thing I always loved about the Albert Wesker character, it was his precise and callous voice, as introduced in Code Veronica. A far cry from the gruff and gravelly voices of most videogame characters, the voice provided by Richard Waugh was a very smooth and subtly threatening one, which suited the character perfectly. Sadly however, even though Albert Wesker is confirmed for Resident Evil 5, Waugh’s talents are no longer wanted, as Umbrella Chronicles players will know by now.

“It’s weird because I did the voice recordings for Wesker in Umbrella Chronicles. However Capcom has decided that they want to hire non-union actors in California instead, so my voice was replaced,” explained Waugh in an interview. “Which became sort of funny when I heard that the replacement tried sounding like me.”

From what I saw, I felt that D.C. Douglas did a good job of portraying Wesker in Umbrella Chronicles (I read somewhere that Douglas tried to ape David Bowie in his performance, which is an extra point from me), but Waugh really is the definitive Wesker. It’s a shame he won’t be in RE5, but I personally have no problem with Douglas, as it was still a pretty good (if slightly sillier) turn.

If you feel more strongly than I do, however, Waugh apparently encourages fans to let Capcom know.