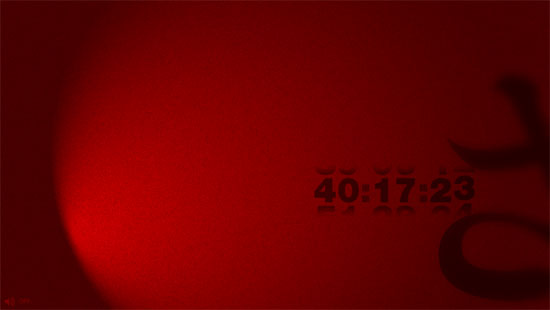 So I’ve been sitting here with headphones on, this creepy countdown Web site playing noises in my web browser, and it’s making me uncomfortable. So I’d like to thank the countless readers for sending it in to us and completely ruining my morning.

But what is it a countdown to, exactly? Hosted on Sony’s Japanese PlayStation site, we can safely assume it’s related to a videogame. The grainy, blood-red background is set to the sound of falling rain, with English-speaking voices whispering profanities and girls and boys screaming in the background. This sounds a lot like my college days, but let’s not jump to conclusions.

It’s possible that the game in question is Siren: New Translation, a PlayStation 3 exclusive remake of the original Siren game, a surival horror game that followed ten or so characters around a mysterious village. A demo of the game should be available on the Japanese PlayStation store on April 24, with the full game shipping to stores on July 24.

If the remake is half as creepy as that damned Web site, I’m certainly hoping it never sees a North American release. My weak heart can’t take it.