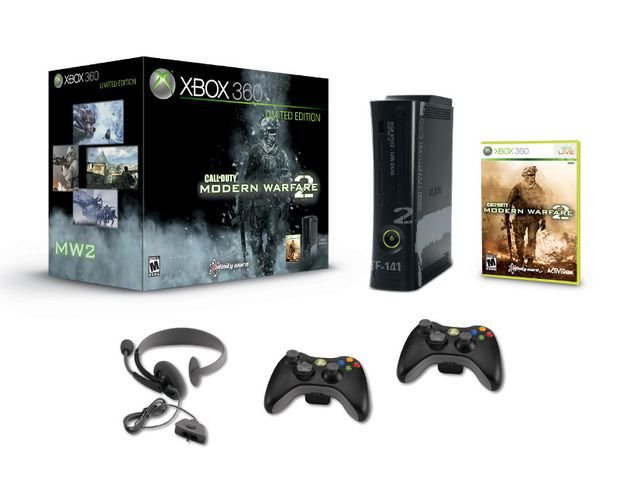 We’re a week away from the launch of one of the year’s most highly anticipated releases, Call of Duty: Modern Warfare 2. So what better way to celebrate the release of the game than by having a contest?

First up, if you didn’t know, GameStop has been giving away daily prizes for Modern Warfare 2 for a little while now. All you have to do is pre-order the game from GameStop and then enter their sweepstakes over on Surprize Attack, where they’re holding raffles twice a day. There are a ton of prizes being offered, from CoD dog tags and shirts to CoD-themed Hummer. Yeah, a freaking car! The GameStop contest ends on November 10.

If you already pre-ordered Modern Warfare 2 from somewhere else, though, don’t worry: Destructoid’s got your back. We’re holding a big Modern Warfare 2 contest this week, with these prizes:

All you have to do to enter this contest is to create a perk you would like to see appear in a Call of Duty game. It can be funny, serious — anything goes. Just make sure you describe your perk in detail when you leave your entry in the comments below. One entry per person only!

Perks, if you don’t know, are customizations you can give yourself in multiplayer that give the player an extra advantage, such as increase the damage you give, increase your reload speed, drop grenades when you die and so on.

This contest is open until 11:59 PM EST on November 10, and it’s for US residents only. We’ll be announcing the five winners on November 11. Now have at it!