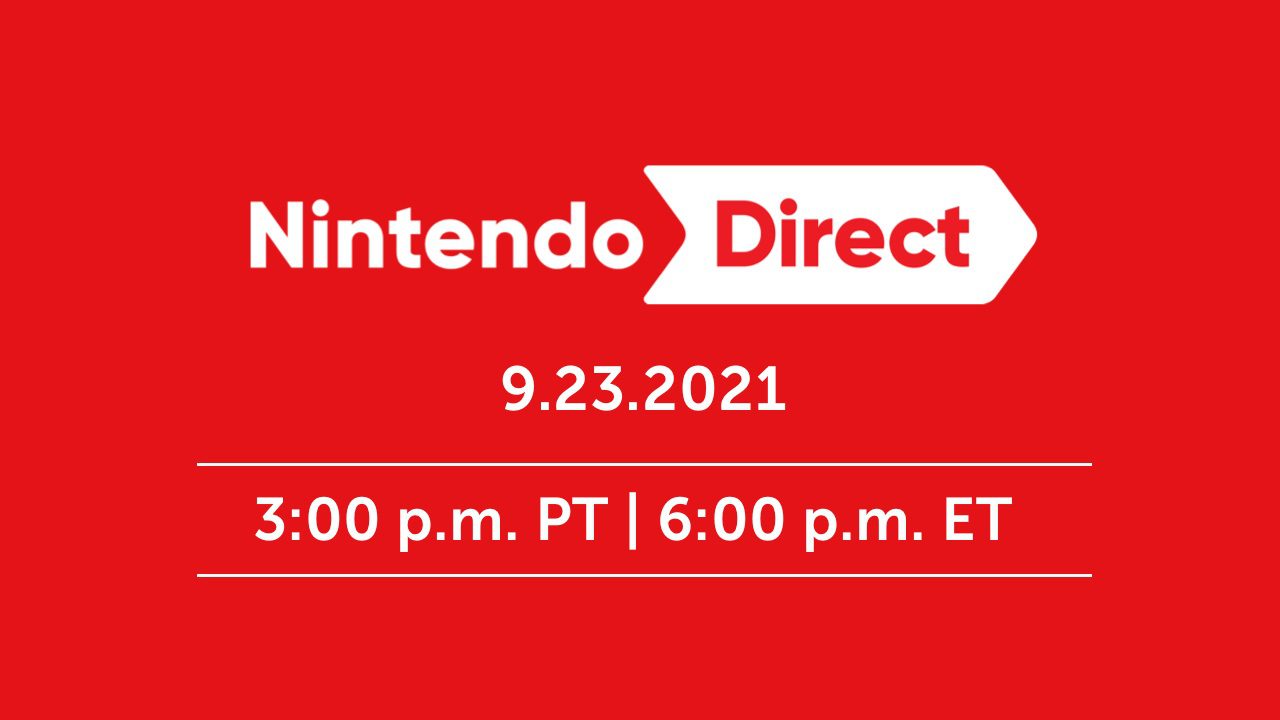 A September Nintendo Direct? Consider this an early Christmas.

As per Nintendo, it’ll be held tomorrow, September 23 at 3PM PT. It’ll run for “roughly 40 minutes” and will “mainly be focused on Nintendo Switch games launching this winter.”

“Mainly” is the key phrase here. We could see a teaser for any number of future games, including Zelda: Breath of the Wild 2, Bayonetta 3, Metroid Prime 4, or pretty much anything unannounced. Nintendo didn’t say that this was first-party focused, so expect some third-party reveals and/or deep dives as well. Maybe the final Smash Ultimate reveal?

I mean, you can expect anything at a Nintendo Direct, really. Sometimes they’re extremely low key, mostly keeping new things to the chest. Other times they break the internet. All they really need to do is have some huge reveal or logo at the end and it’s game over for pretty much any publisher in terms of winning the week when it comes to headlines.

Such is the power of Nintendo, and the Direct. And the Switch OLED is coming soon. And there’s the rumors of a new Switch controller of some kind (retro related?). Oh and Metroid Dread is out in basically a few weeks. Winter is coming!

Tune in 9/23 at 3 p.m. PT for a #NintendoDirect livestream featuring roughly 40 minutes of information focused mainly on #NintendoSwitch games launching this winter. pic.twitter.com/feHBEKfHPG