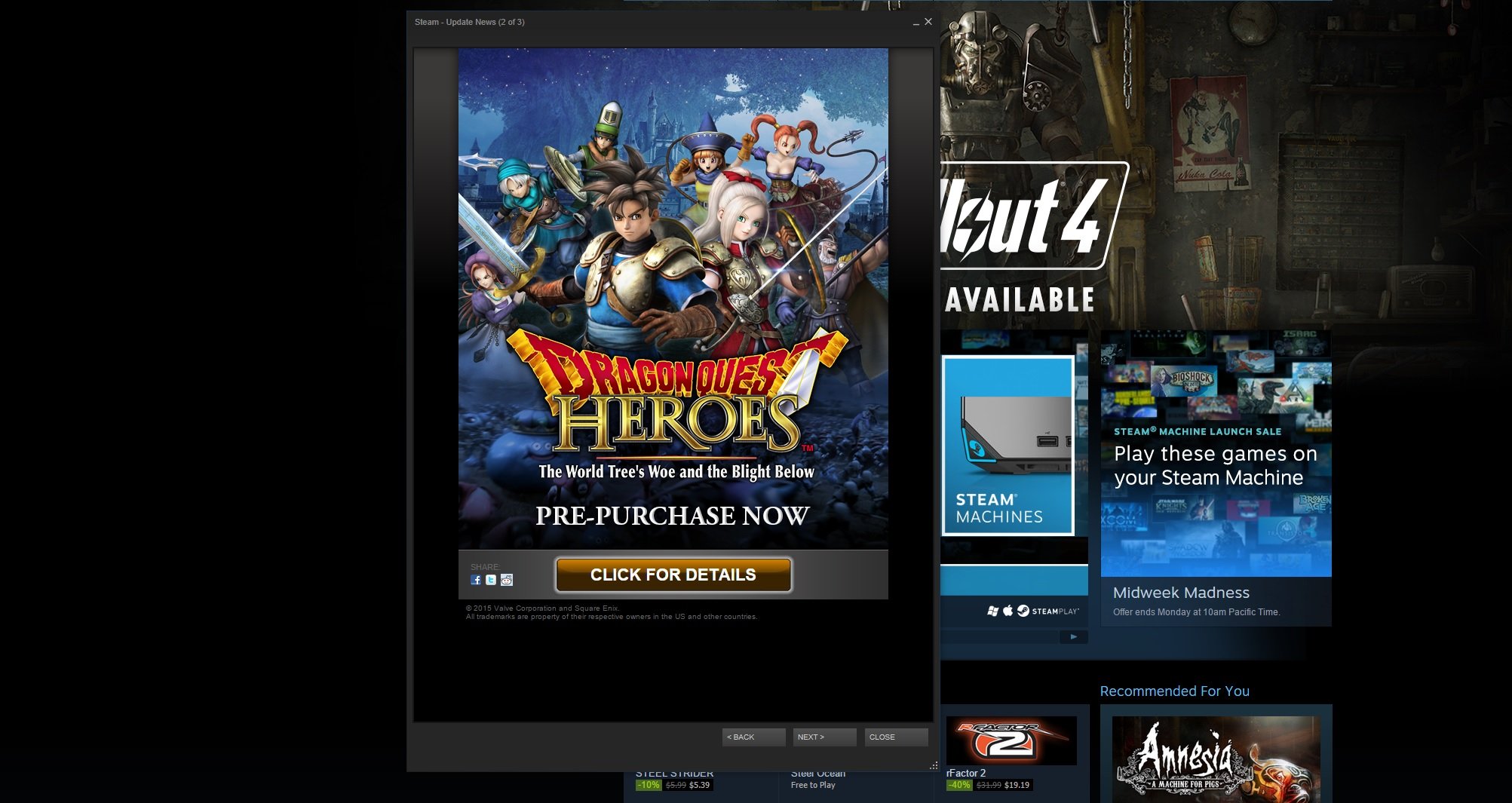 Square Enix you bunch of rascals

Just moments ago I got a number of texts from friends telling me to boot up Steam to confirm a message they had obtained. Apparently, Dragon Quest Heroes is coming to PC, and Steam users are being asked to pre-purchase the game now — you can see my screenshot above from the US client. Uh, awesome.

Actually clicking the information box doesn’t bring up anything at the moment, but this certainly doesn’t feel like a mistake. We’ve reached out to Square Enix for comment.