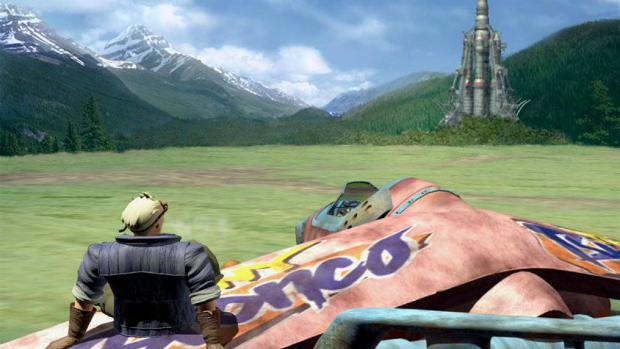 Who knew a PlayStation could do this?

The story was to focus more on individuals than the original events. The characters did not remember each other, so without the driving force to reunite, each of them took off alone into the world. Each of them would start in a place that was meaningful to the character: Yuffie in Kalm, Barret in North Corel, and it was entirely possible to not have any of them meet at all. Each of their stories was to be on one disc for a total of 9 CDs.

The playstyle was going to change to a more open-world approach as well. Time would pass and there was to be a day and night cycle, along with changing weather. Shops would close at night and more dangerous enemies would lurk in the darkness. Non-player characters (NPCs) would also have their own routine depending on the time, and player characters would persist in the same place when you switched between them. Characters would also have field skills like lock-picking for Yuffie and explosives for Barret, which would allow for problem-solving or simply having fun.

At the heart of this was the upgraded PHS, which controlled character swapping, displayed the time and a calender, and allowed you to purchase and play mini-games to pass the time. As the characters met up, they would be able to form parties. If characters didn’t know each other, they wouldn’t be able to join up. This could have resulted in two or three completely different teams completing various parts of the game without ever meeting.

It was an ambitious attempt, and was planned to actually run on PlayStation hardware, which is crazy to me. Unfortunately, due to more pressing needs, Rodensoft has reclassified the game as a tech demo and moved on to other projects. It’s impressive that an engine as old and clunky seeming as the Final Fantasy VII engine could do so much more than anyone thought. Hopefully, someone will pick up his work and continue it as I find it incredibly interesting.