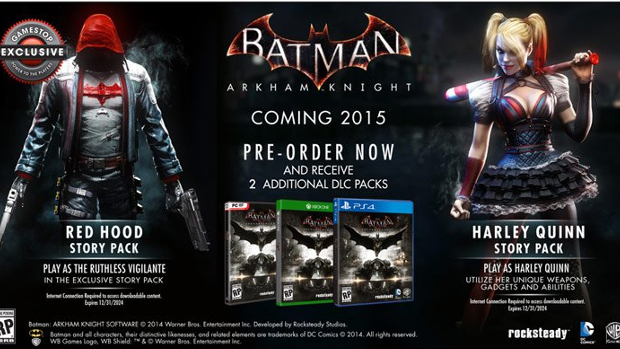 GameStop teased an announcement that seems to have come out: a GameStop exclusive Red Hood story pack for the upcoming Batman game. Harley, we already knew, is a pre-order incentive at most major retailers. There’s also PS4-exclusive Scarecrow DLC.

The success of the balkanization of game bits through suggested retailer-exclusivity is why GameStop is trying to connect with developers early in development to plan exclusive content at conception. I don’t like this. If you don’t, take the hit. Don’t pre-order. Don’t play as Red Hood or Harley.

It will only (keep) getting worse.