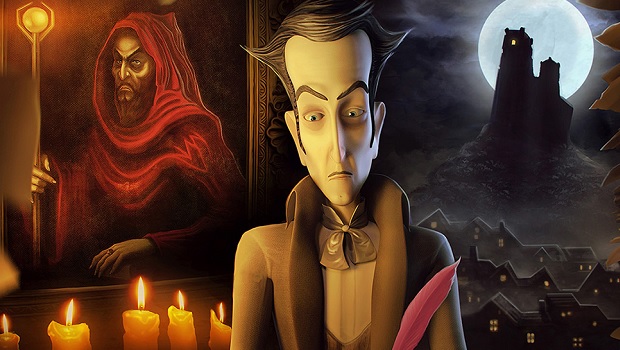 When a developer emails you and says “Well, yet another Kickstarter,” you have to smile. At least Paco at Spanish indie studio enComblot has a sense of humor about the state of crowdfunding.

His team is currently working on The Weird Story of Waldemar The Warlock, a darkly humorous point-‘n’-click adventure game that features imposing yet fluffy beards and crimes against dairy products. Also, having the main character be called Alistair is going to be a big thumbs up in my book (I’m willing to forgo the non-Scottish spelling)

True, old-school adventure games seem to be ten a penny on Kickstarter but most don’t have a deliciously Hammer Horror-esque trailer, mixed with the right amount of macabre jokes and camp.

If you fancy trying it out, there’s a demo on the official site which is always a good thing when a game is looking at crowdfunding. At least potential backers can see that a team is able to put together a demo of a potential game. Consider giving The Weird Story of Waldemar The Warlock a few votes on Greenlight too whilst you’re at it.