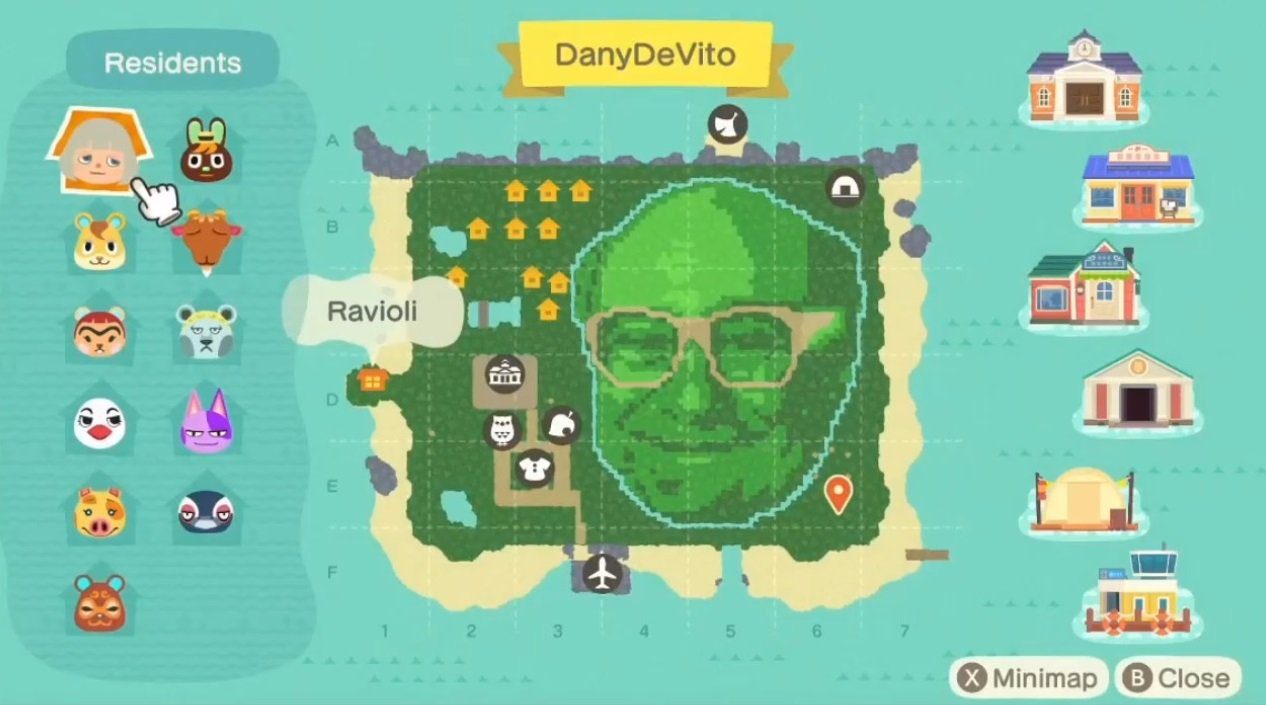 I mean, there’s over 10 million people with the game now, so it stands to reason some cool stuff is going to come out of it. That includes this glorious monstrosity from Reddit user B4SSOON.

Dubbed “DanyDeVito” after actor Danny DeVito, the island is in fact a giant homage to the legend himself. Amazingly the island is extremely compact with its left half, scrunching all of the key buildings on top of another (with a small community on top): with the right side fully reserved for Danny’s mug.

The reveal video is pretty great, as B4SSOON nonchalantly walks past the design for the face (presumably as a Danny DeVito avatar), then dramatically zooms out to show the island as a whole. Its creator says the “flattening the island” was the most taxing part of the creation, saying in the end, “it was worth it for Danny.” To keep track of everything they used a grid system, and completed it in “10×10 chunks.”

B4SSOON says they will start doing tours on Wednesday. Reach out on Reddit if you want one!

Ooops, I dropped my Magnum opus for my Monster island [Reddit]

Ooops, I dropped my Magnum opus for my Monster island from r/AnimalCrossing