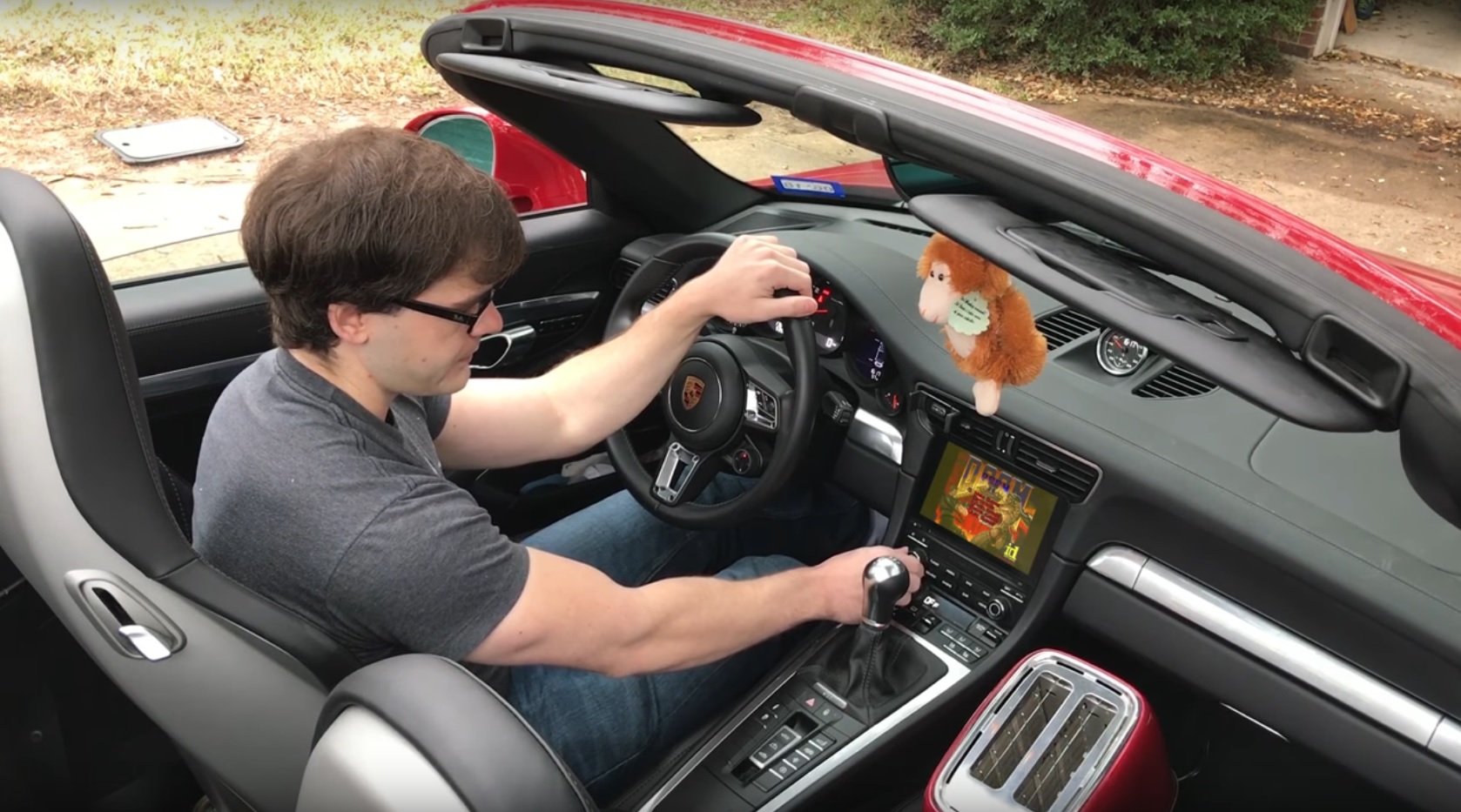 There’s thunder and lightning flashing outside as I write this, which adds a nice bit of punctuation to the mad science that I’m writing about. I would have never believed it could be so easy, but apparently the onboard computer in the Porsche 911 is capable of running the 1993 classic, DOOM. YouTuber Vexal has posted a simple, three step hack that will allow anyone who drives a Porsche 911 to run id Software’s original first person shooter through the in-dash computer.

Amazingly, all that’s required is a physical copy of the game’s disc, a USB flash drive, and the car itself. As you can see if you watch the video, it took less than five minutes to get the game running. If you happen to own all of these items, try toasting some demons on your next outing.

Thanks to Tony for the tip!