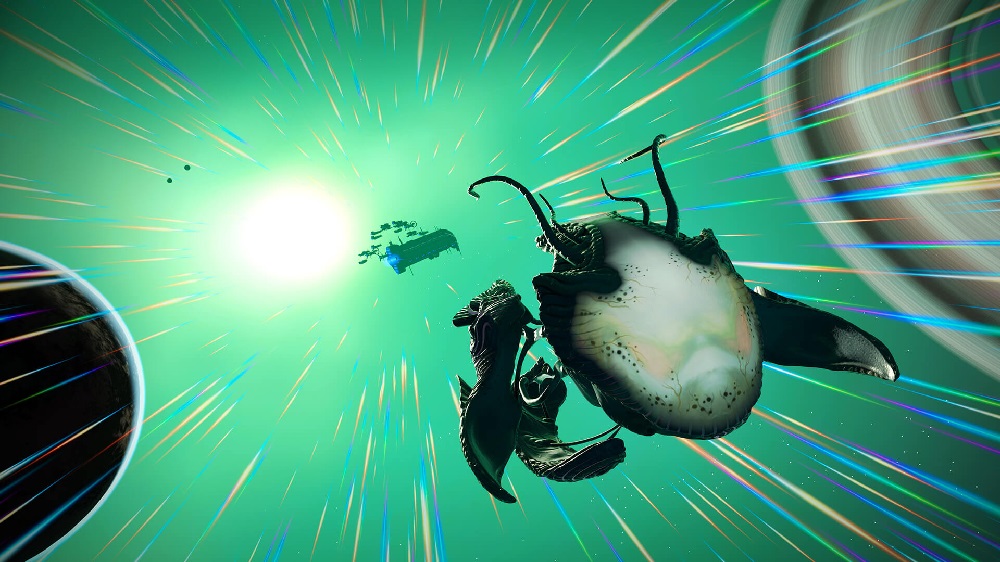 I always wanted you to go into space, man

Hello Games has released the latest in a long line of updates for its interplanetary exploration title No Man’s Sky. Along with a huge list of bug fixes and mechanical tweaks, the “Living Ship” update adds some very strange new vessels, ships which are, as the name suggests, organic creatures in and of themselves.

These organic and sentient vessels can be added to your fleet, allowing you the chance to explore their pretty unsettling interiors in full VR. Hope you like tentacles and tendrils. The origins of these creatures will be explored in an all-new story mission, Starbirth, which will let you incubate, grow, and birth your own living ship… Annnd we’re done with lunch.

Alongside the Starbirth story chapter, the new update contains numerous quality-of-life fixes, with changes made to inventory management and a streamlined procedure to group up with friends in-game. Hello Games has also made improvements to several visual effects, such as cloud and water shaders. To check out the very lengthy list of optimisation tweaks and bug fixes, hyperspace yourself over to the official patch notes right here.

No Man’s Sky is available now on PS4, PC, and Xbox One.