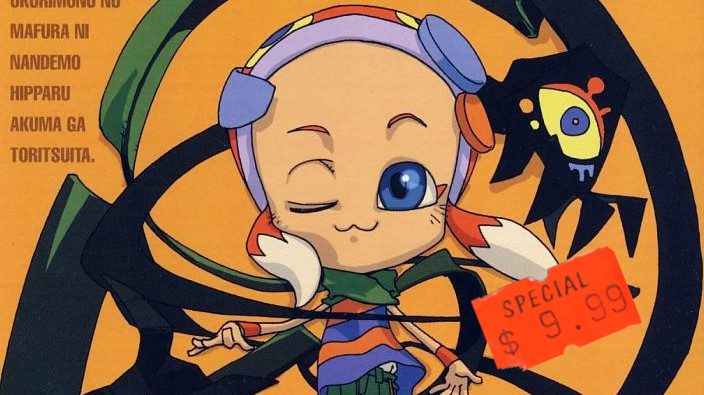 While I generally wouldn’t say that any of their games are in the fluctuating list I might call my top 10, there are few developers I have more respect for than Treasure. Mischief Makers, Bangai-O, Gunstar Heroes, Sin & Punishment, Dynamite Headdy, McDonald’s Treasure Land Adventure: even if they’re often flawed and bruised, Treasure’s games are unlike any others. They’re so steeped in creativity that it practically drips off the cartridge, thick and sticky.

There was a weird sort of cohesion to their experiments, even when it came to their licensed games. It wasn’t so much that they were throwing ideas at a wall to see what stuck, it’s more that they lived in a vacuum and couldn’t hear anyone tell them their ideas were unmarketable.

The unfortunate thing is not every experiment works out. Throughout their history, Treasure landed a lot of hits, but there were a few duds. Of their output, there’s only one game that I’d describe as Kusoge, and I do that hesitantly. It’s 2001’s Stretch Panic (Freak Out in Europe and Hippa Linda in Japan) on PlayStation 2. Really, it’s not a painful game, it’s just Treasure missing its mark. 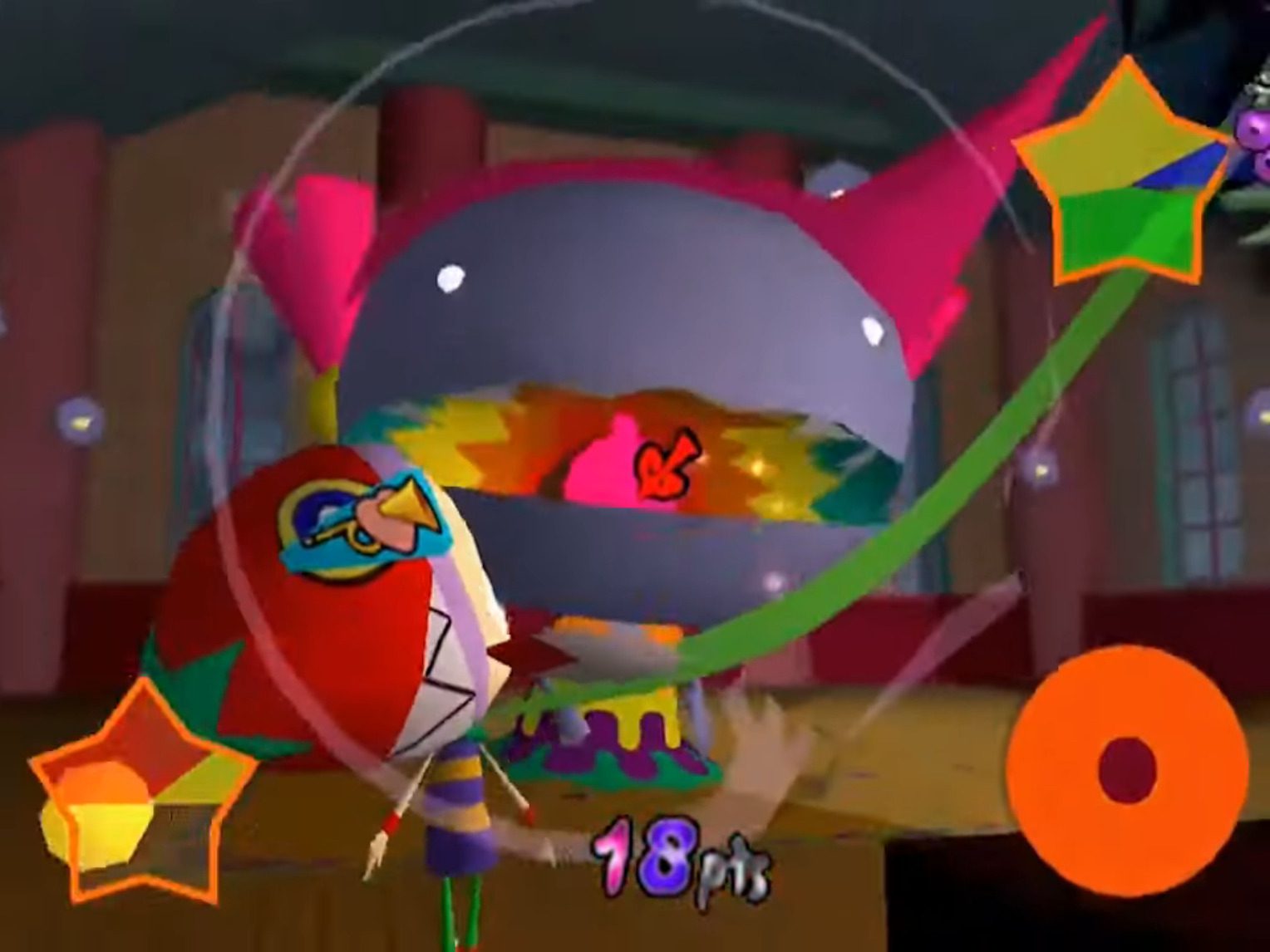 The early ‘00s were an amazing time for video games. Technology in homes received a major bump, and developers were dipping their toes into things like dual analog controls. The previous generation was full of weird explorations into 3D, but it was also very limited. A lot of those limits were shed by consoles like the Dreamcast and PlayStation 2.

We got games like Robot Alchemic Drive, Mr. Mosquito, and Shenmue. They weren’t the most well-executed concepts, but there was nothing like them at the time, and some still haven’t been repeated. It’s one of my favorite eras of the medium to explore. Even if I don’t entirely like a game, it often leaves an impression.

Stretch Panic is like that. It’s the story of Linda, who seeks to save her many vain sisters from… things. Clowns? Spirits? Their own vanity? I’m not sure. The story, as told in the game, is practically incomprehensible. In the manual, it tells a longer version, but even still, I can’t discern anything aside from “sisters kidnapped, go get them.” The narrative is just brushed under the “it looks stylish” rug. 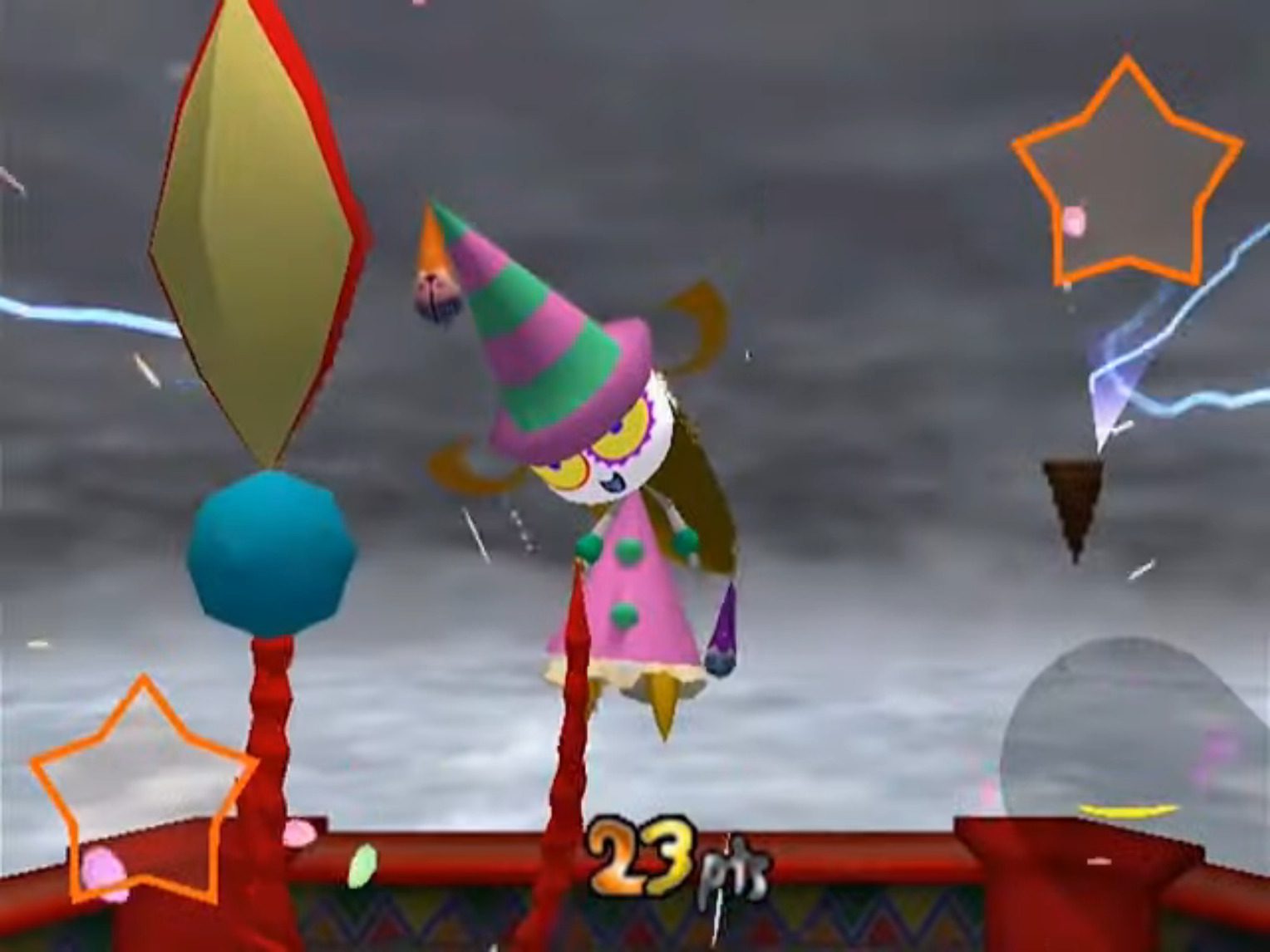 It also doesn’t really explain the scarf. It comes alive, and that’s it. It’s the absolute core of the gameplay, but nothing narratively seems to explain it. It works as a hand. It grabs things. Specifically the enemies, but you can also grab the environment, most often accidentally. The point of Stretch Panic is to stretch bosses in various ways to cause damage. Like snapping someone’s bra strap, which is strangely apt. Each boss has their own weak points, and finding them isn’t always necessary, but will save you some time.

Stretch Panic itself is largely just a game about bosses. The exception to that is just plain baffling. You have to buy admission to their little boss arenas, and to do this, you fight women with aggressively large breasts. I don’t know why, maybe it ties into the game’s theme of vanity? Though having large funbags doesn’t make you vain, it usually just gives you back problems. Or so I’m told. What were we talking about? Boobs?

Right, getting points out of boobs. You have to reach around those imposing racks and grab the women by the hair. Having their hair pulled is their weakness, and landing a strike grants you a point. These absurdly endowed women exist in their own stages that are specifically intended for grinding through bra-snaps. You want to stockpile points, because they’re not only used to pay the constantly increasing admission prices, but also because you need them for special moves. This includes an ability that is actually necessary for rescuing your sisters. 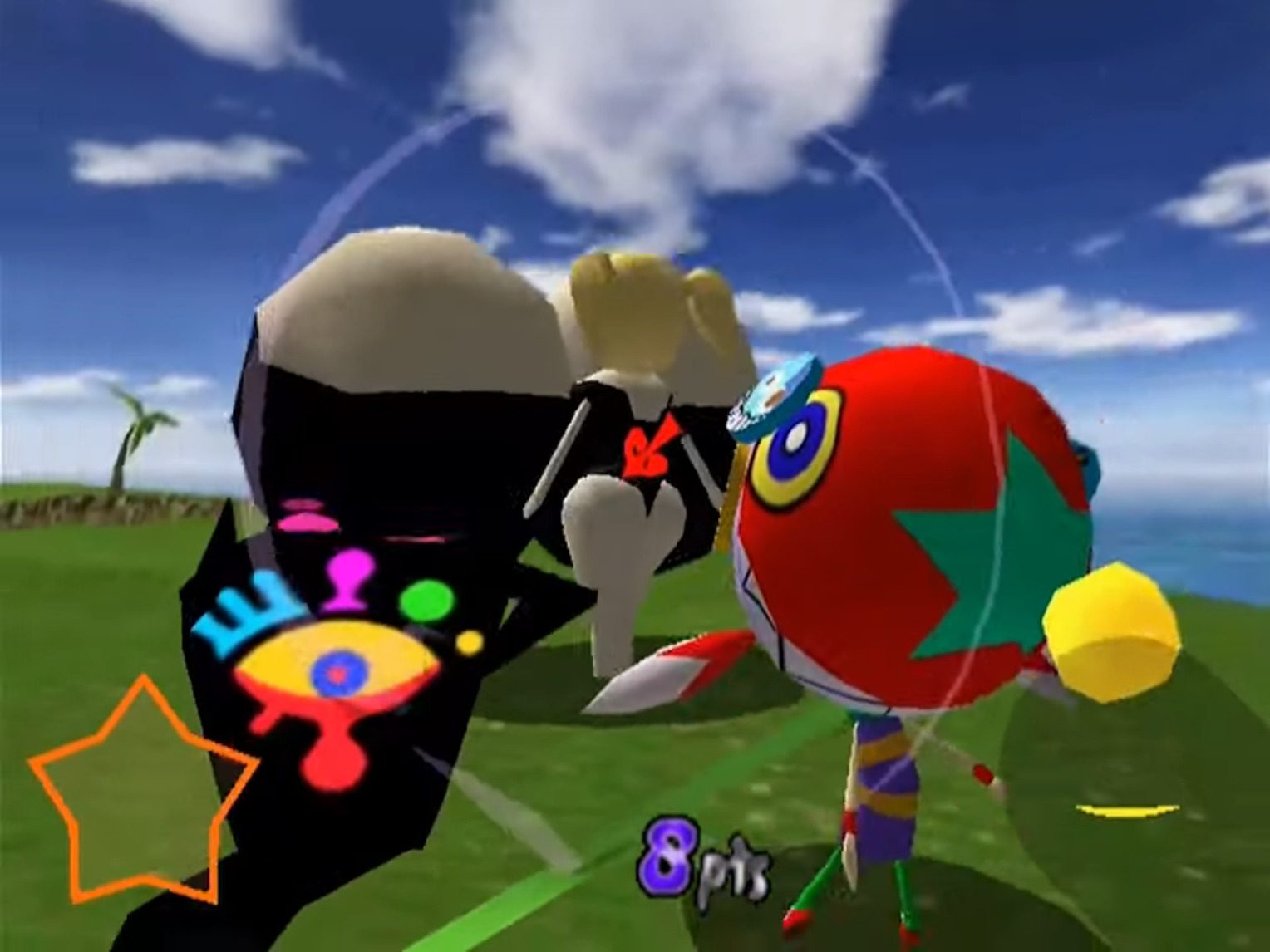 So, grinding is actually a major mechanic of Stretch Panic, and that’s definitely not great. So, you’d maybe hope that the bosses make up for it, but…

The problem is that the central mechanic just isn’t that well-thought-out. Navigating the scarf can be difficult since you only have 360 degrees of motion. There’s no real back and forth on the scarf, just its own velocity. You send it flying and hope that you can discern depth without binocular cues and land it where you intend. It’s possible, just a lot to ask from a player in the midst of battle.

The bosses themselves are a lot like many you have seen time and time again. One of the first bosses, for example, opens their mouth to charge an attack, giving you the opportunity to fondle their uvula. Sometimes, Stretch Panic will straight-up point to the boss’s weakness, but then it’s guesswork to try and figure out what to do with it. Other times, it’s not that easy. There’s one boss that performs a tornado attack, requiring you to lead them into a pond so that their sandstorm turns to mud.

Then there are some bosses where it can be a lot more difficult to figure out how to hurt them, but in those cases, you can just keep pinching them. Even a standard stretch will do small amounts of damage, which can add up over time. You can also perform one of the game’s special moves to do additional damage. There’s no additional levels of difficulty, so if you want to just cheese your way through every boss, then slap a nametag on and call yourself cheddar. 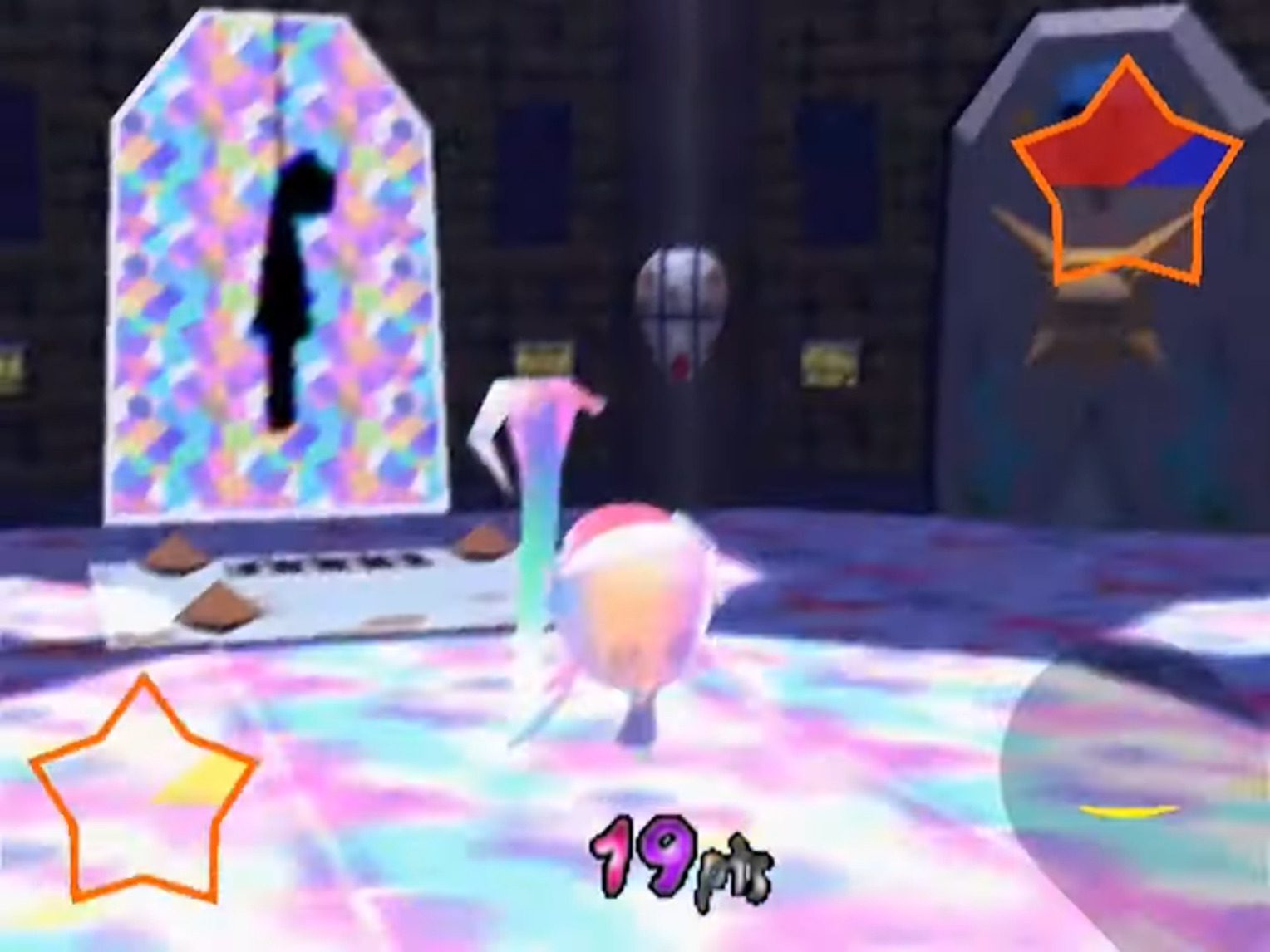 Stretch Panic is also a very short game, which isn’t unusual from Treasure. The fact that you can just brute force most of the bosses means you’re not likely going to get stuck on any in particular. If they made it necessary to find the weak point of each boss, I’m not sure if that would be better, but it would at least make more sense.

I’m not fully clear on where Stretch Panic went wrong, but I think too much faith was put in its central mechanic. It feels like it was intended for a bigger game, but it was discovered too late that it was extremely limited. In some of the grinding levels, for example, you can latch onto something and use it to launch yourself across gaps, but this is never used in a boss battle. There are vestiges of bigger ideas that just never went anywhere. It feels like adjustments had to be made too late to save the full product, and we were given just a sampling of what actually worked and could be compiled. 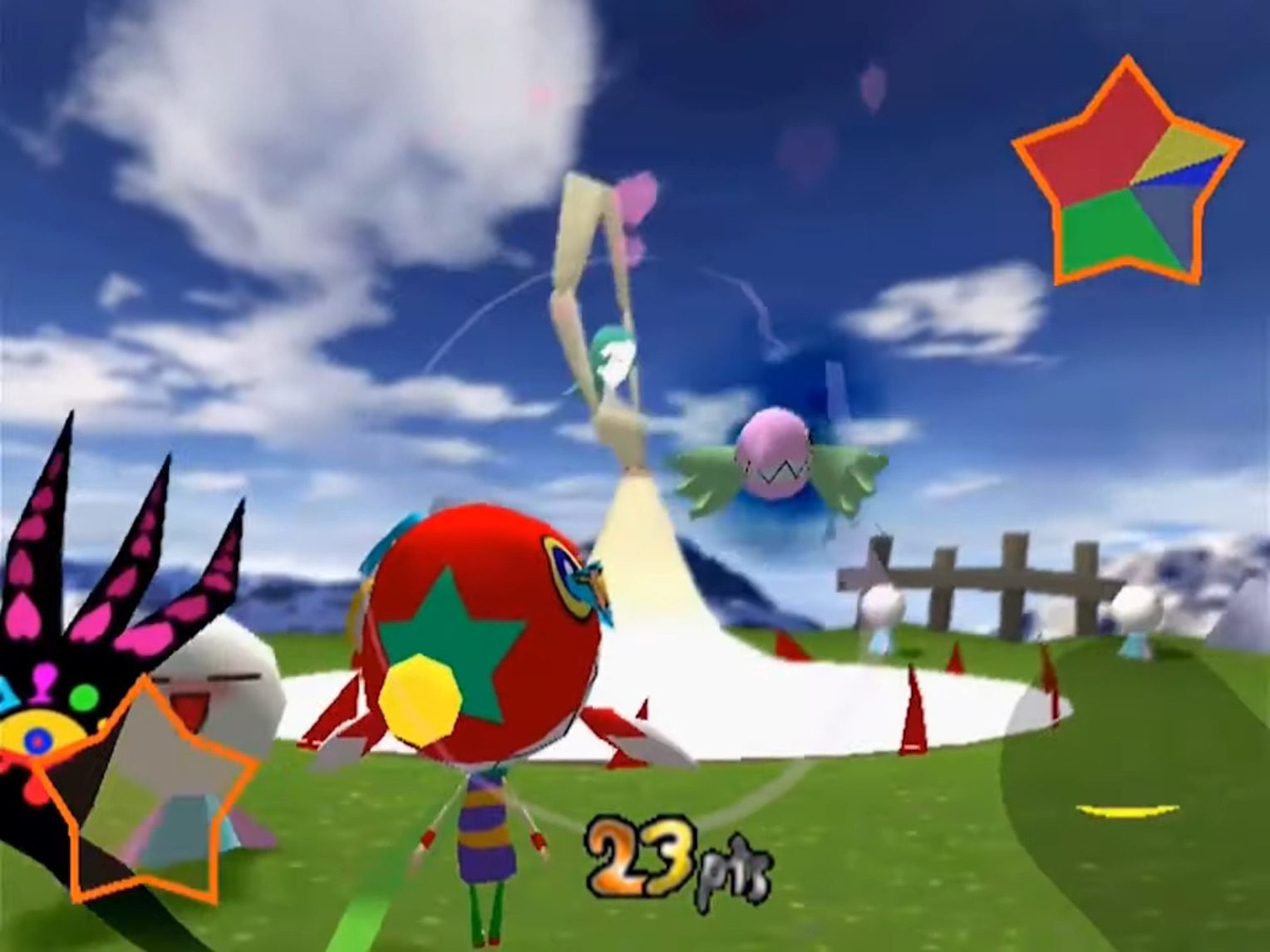 Whatever the reason, Stretch Panic just wound up as nothing more than a curio. You might come across it while plumbing Treasure’s backlog, but I doubt anyone will be crying for a modernized port.

Stretch Panic just feels like a game where the concept didn’t work out the way envisioned. Perhaps it looked good in a design document or prototype, but when it came down to making an experience out of it, it melted in room temperature. What we’re left with is an experiment that didn’t work out, but I’ll always argue that it’s better to try something new and fail than just rehash the same formula ad absurdum.