Opinions are a funny thing. They’re like kittens, when you want one, there’s always someone giving them away. Like a nose, everyone has one, and when you don’t like it, you always want to slap it off their face. You can also compare them to inkjet printers; so unreliable that you almost expect them to let you down.

Someone recommended Shadow Blasters to me. Someone who I obviously trusted. And I guess there must be some merit to it in there, but I’m just not seeing it.

Well, aside from baby oil Satan. Did you play Altered Beast? Did you like it? I didn’t, but Shadow Blasters feels a bit reminiscent of that. It feels sort of like a beat-’em-up, except you’re on a fixed plane and get assaulted from all sides by bad guys. There are major differences, like Shadow Blasters isn’t on a constantly moving conveyer belt, there’s less shirtlessness, and you don’t turn into a buff animal by eating the souls of… pig things.

Apparently, they’re albino two-headed wolves, but I could not make that distinction on a CRT screen.

In any case, another difference is that Shadow Blasters is more projectile-based. A key mechanic to the game is charging your attack and unleashing it when it’s full. There are power-ups that permanently fill part of your gauge so your default attack is more powerful and you charge faster. If you get a good feel for how long it takes to charge your attack, you’ve got it made. 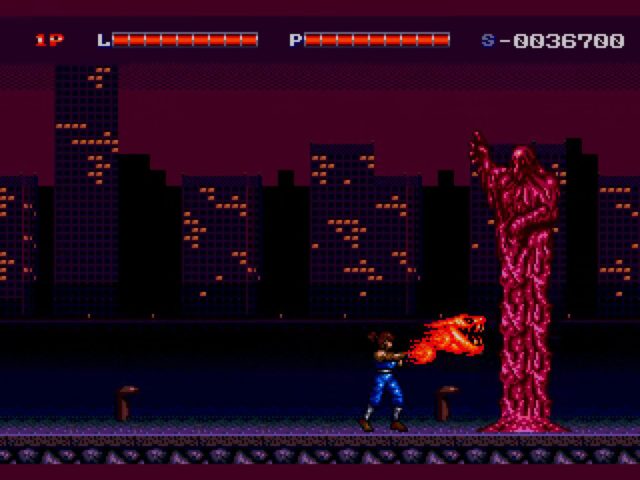 Otherwise, it’s a typical left-to-right affair. There’s some platforming involved, and some levels have some verticality to them. With that comes environmental hazards, but they’re mostly just drop-away floors. What sucks about those is that, if you’re playing co-op, one player will commonly trigger the floor to fall away and the other player gets to eat the abyss.

Speaking of co-op, there are four characters to choose from. However, each player is relegated to two of the characters for some reason. What I mean is that each player has two to select from. Not sure what’s up with that, but if they die in-game, you can’t select them again until you have to continue. So if one player loses their lives quicker, they get benched until the alpha gamer finally slips up. I’m not sure this game was really intended for multi-player, it seems to just be here because Altered Beast had it. 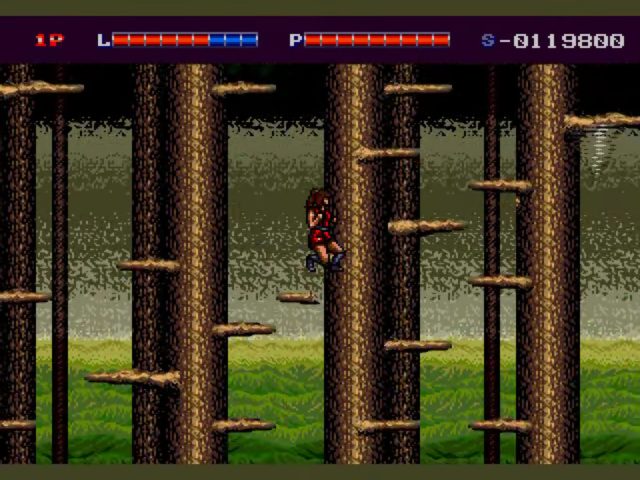 Shadow Blasters’ biggest issue is largely just how clumsy it is. You can only shoot upwards and to the sides, but most enemies use erratic patterns of movement. There’s not a lot of thought put into the feel or challenge of the game.

Take bosses for example. While a few of them are reasonably challenging, many of them have patterns that can easily be exploited. There are places on the screen where you can hunker down and the boss rarely attacks there. The starkest and most memorable example of this is late in the game when you fight a boss that I can only describe as a greased-up purple devil. You can crouch in the bottom left, and the dark lord of baby oil can’t touch you.

I don’t know how I even find these things. Is this normal or has my pattern recognition been twisted to the point where I just intuitively think like a pattern boss? 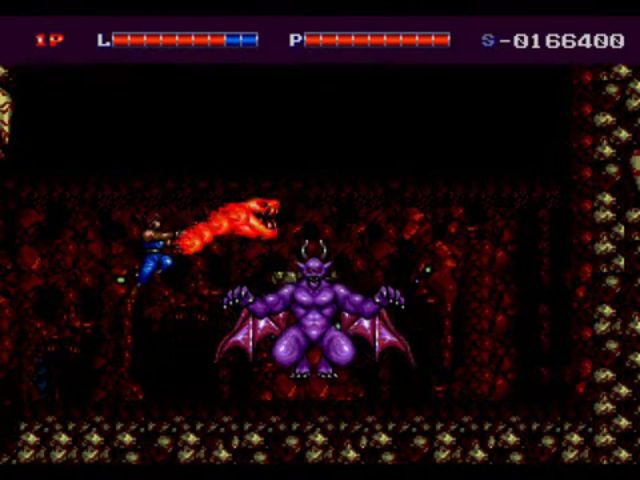 The narrative of the game is all kinds of special. I recommend you look up the instruction manual, but here’s an amazing excerpt from it:

“At some time in either the past or the future… once again an evil force from the sky is descending down upon us.”

That’s just the first sentence and it’s hard enough to get through. The story is essentially an evil dude who comes to subjugate the humans, and the good gods decide they have to do something. So one of the gods gives four people his power and they’re off to go and defeat evil.

The characters are Horatio, a ninja; Leo, a Japanese fencer (pretty sure they mean kendo); Tiffany, another ninja; and Marco, a Buddhist monk. So, it sounds like they’re all from Japan, but not a single one of them has a Japanese name, so I guess the gods just favor tourists.

The ending is equally bizarre. It features the slowest text scroll imaginable with the bad guy telling you he’ll be back. Then the game closes with a moral that if humans have goodwill, evil won’t return. So, I guess be nice to each other. Otherwise, the scent of lavender oil may be the last thing you experience. 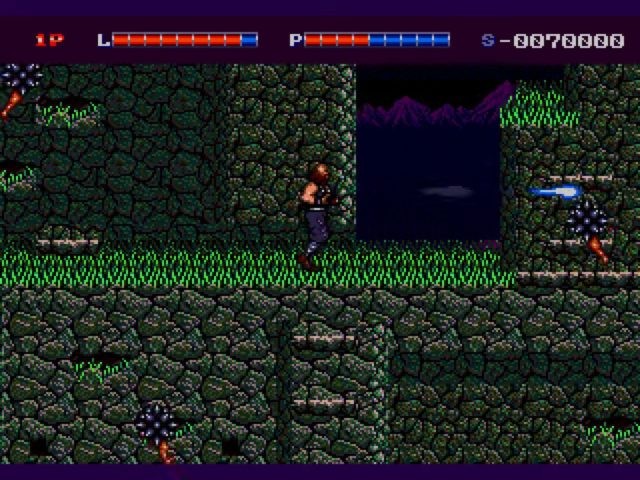 Top this off with North American box art that seems to depict a group of people doing aerobics on the beach, and you’ve got this hokey little package. It was released rather early in 1990, roughly a year after the system’s North American release. We were still recovering from the Master System’s line of awful covers, so maybe this weirdity isn’t so out of place. It’s not even the North American box art, either. The Japanese one is pretty weird in its own way. It’s one of those pictures that get stranger the longer you look at it.

Don’t get me wrong, Shadow Blasters isn’t a completely terrible game, it’s just more fun to laugh at it than it is to play. Someone is going to tell me in the comments how much fun it was when they were a kid, and that’s valid. If my cousin had this in his Genesis library when we were children, we might have played it a bit before moving back to Streets of Rage and Jungle Strike, and I probably wouldn’t have cared. As an adult, however, it’s just sort of one of those games that I look at as among the tackiest reminders of the early Genesis library.