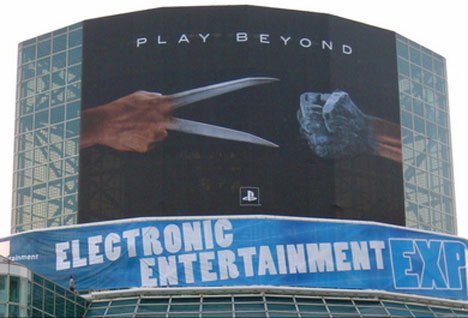 As a follow up to a previous Weekend Reading, I’ve been thinking about what sort of games I’d like to play on each of the systems. What this article will delve into is what sort of genre I would like to be the most prevalent of on the system, along with an example of a game that would work well on the system, and then some more. So, hit the jump to check out everything from the 360 to the PSP.

Xbox 360: The 360 is where all the action would be, in my mind. If I want some fast paced run and gun type games, I’ll be turning to Microsoft’s console. As I said before, the system is going to garner a lot of fans with its 3rd person action titles such as Gears of War and Lost Planet. Along the same lines, FPS games should take root on the 360, as their controls are pretty natural for the system. Unfortunately, I don’t see RPGs taking a strong hold on the 360, even though that’s what Microsoft needs in order to take Japan. I feel that the console has gained a persona as a more “Hollywood” console, in that it features more action games that are filled with explosions and guns.

One thing I’m hoping for is the development of fighters on the 360. Before, the Playstation always had the best controls for fighting games, but I’ve really grown accustomed to playing on the Xbox for Guilty Gear X2: #Reload, and with the 360 controller even more user friendly than the original Xbox’s, I feel that it’ll work out just fine.

So naturally, the 3rd person games are what I look forward to most on the 360, if you couldn’t tell already. What makes games like Lost Planet, Dead Rising, and Gears of War so good was the combination of gameplay and a really original setting. Seriously, I figure that there will be about 2 dozen top tier games for the 360 that fit into this genre, and have a more “serious” setting. Later on, there will be a more comical Metal Slug-esque version of this genre, but all in all, it will be the top breadwinner for the 360.

PS3: Sony is where I expect to go for story, actually. I expect that RPGs will feel most at home with the PS3, because developers will be able to take advantage of the game’s extra capacity to improve the graphics and lengthen the storyline. Otherwise, Sony is going to be struggling to bring in new genres of games. I can see racing and flying simulators taking hold on the the PS3, but not much else. Games like Devil May Cry will become multiplatform, along with many of the sports titles, leaving the black behemoth with few exclusive franchises.

So, what I’d love to see on the PS3 are some really jaw dropping RPGs. Not just your typical Final Fantasy stuff, but some more open ended gameplay games, similar to how God Hand and other games have been with putting the actual enemies right in front of you. Admittedly, Final Fantasy XII did that by allowing players to fight in the environment, which is a great improvement. I’d actually like to see some more historical RPGs on here, especially from the Tokugawa era. Also, I’d expect there to be the greatest collection of high class games on the PS3, as well as a good chunk of our Fake Game Friday stuff.

Wii: For the Wii, I want the games to just be pick up and play. Unless something really innovative comes along that changes my whole perspective on the Wii, I am now of the opinion that the system is best suited for games that I can pick up, play for a half hour, and then put down. The Legend of Zelda: Twilight Princess has become a chore for me to play, and I tend to avoid it in favor of Excite Truck or Metal Slug Anthology.

The Wii will have no problem with having original games, and they can even have longform games, just as long as they realize that players are going to have a shorter attention span when playing with the Wiimote. What I’d actually hope for is that Ubisoft really works on improving what they first figured out with Red Steel. The control issues are something that can easily be fixed, and hopefully they can be turned into making the Wii a good place for FPS games, taking some of the 360’s stock of games.

Nintendo DS: The DS will probably continue on its current track, as it was launched over 2 years ago. By this time, developers have discovered everything that there is to do with the system. I’m sure there’ll be breakout hits for the system along the lines of what happened with the PS2 and Okami, but that’ll be at the end of the DS’ lifetime. Right now, though, games like Jump Super Stars and Elite Beat Agents are what are great for the DS; high paced and very interactive.

What I’d love to see is more point and click games on the DS, like Sam and Max and all those others. A sequel to Elite Beat Agents would be ideal for me, featuring more songs and more hilarity. The only thing I don’t want to see on there are longform RPGs, like Final Fantasy 3. I just feel like it’s a much heavier feel for everything, and getting away with charging $40 for a handheld game is a bit much. Just release it on a console and it’d sell just as well, if not more.

PSP: As much as I stated my hatred for the PSP, it’s slowly winning me over. This is a handheld where I do feel that RPGs would make a good home. Yeah, it might sound hypocritical, but that’s only because I think it’d be a waste of the DS’ technology.

What would get me to buy the PSP? Not too much more at this point, to be honest. I’m glad at the fact that I can watch anime on the device with ease, so that combined with Final Fantasy Tactics and a couple of other good RPGs would almost sell me on the system. Really, I feel that the PSP just needs to develop a couple of franchises, and then it’ll be a sure sell for me. Sony seems to be coming into its own for the handheld market, they’re just looking for a killer app at this point.