From time to time, I love to play devil’s advocate. Such an opportunity came across recently, and so I wanted to turn it into a full-fledged post. This week, I’m delving into the depths of /bridget/ itself, in an attempt to argue the heterosexuality of Bridget.

Now, I know that everyone’s gay for Bridget. It’s a given fact. It’s right along there with the bombing of Hiroshima and the giganticness of CheapyD. Soon, it will be incorporated into history textbooks. This, though, does not mean that Bridget is a homosexual. We all might just be “weird people,” as Bridget would put it.

So first, for the uninitiated, who is Bridget?

Bridget was born as one half of a set of twin boys. While this is normally great to have two sons, the village where Bridget’s family lived saw it as a sign of horrifically bad luck. So, to hide this, and to protect their children, the family raised Bridget as a girl. Obviously, this would have a great psychological impact on Bridget later on, and skew his perception of the world, but we can get to that later.

Bridget’s first appearance was in Guilty Gear XX: The Midnight Carnival. In order to prove himself to his family, and show that he isn’t a sign of bad luck, Bridget goes out and tries to collect bounties that he recieves from I-No. Of course, they don’t work out, since these aren’t real bounties, and I-No just needs these people killed for “That Man,” but the whole adventure does tell us some things about Bridget’s character.

We have Bridget’s interaction with I-No, for example, Bridget is offended at being called a little girl, insisting that he is not a girl, since it is in fact true. Throughout Bridget’s story mode, he hates being called a girl (although he never does outright correct them by saying that he’s in fact a boy).

What is the world like from Bridget’s prespective, then? Well, he’s accustomed to the fact that he wears girl’s clothing, and finds nothing wrong with it. If that’s what you’ve been taught since you were young — hell, since you were cognizant of your own existance, that you are supposed to wear women’s clothes, and that you’re “special” because you’re a twin, then you would most likely just accept it.

Bridget’s personality certainly reflects this. When he deals with anyone else, he is usually very respectful and submissive, but adamant about getting his way. As the fight continues, he’ll be snarky with some jabs at the opponent — “Is this difficult for you?”. Like I mentioned before with the I-No example, Bridget will be rebellious when he gets flustered, showing his true nature, but his upbringing has taught him to be kind, curteous, and quiet — all the things a nice, submissive girl should be in public.

The key thing, that as far as we know (and we’ll assume for the sake of this argument), is that Bridget’s family did not force him into thinking that he was in fact a girl. Instead, Bridget was taught to act in a quiet manner, and take after his mother, for example. The only things that we know about Bridget’s home life is that he has a twin brother, and that his father is very wealthy. This would lead me to believe that Bridget lived a very sheltered life, where his parents merely kept him at home, educated him themselves (or with the help of a private tutor), and only made sure that Bridget acted like a lady when out in public. 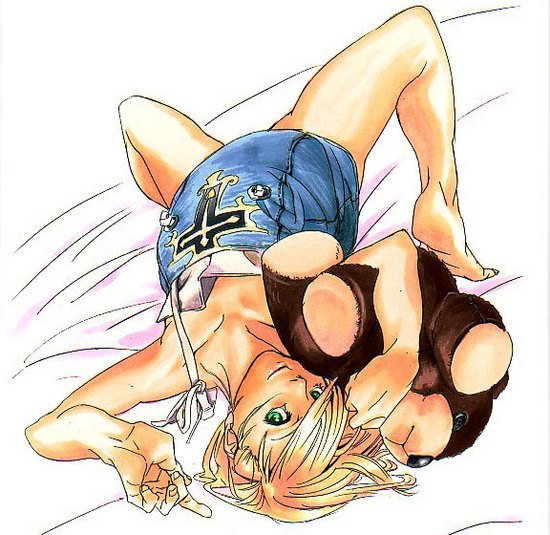 So, why is Bridget so effeminate?

Some of these things were helped simply by genetics — the slender frame, high voice, and that oh-so-cute face. So, it’s only natural that Bridget be assumed as a girl. His mannerisms are a fact of his raising — although his attachment to Roger might just be something that he’s loved since childhood, and Roger has proved himself useful in battle, so he might as well keep the sentient (Roger has his own seiyuu) plushie with him.

What about how Bridget fights during combat? The butt-shotgun, for example. That just screams gay. Also, that one ending of his: mad disrespect, where his skirt almost blows up and shows his ass. The way Bridget fights is totally gay.

That’s the counter-argument I heard this morning from my friend, once I told him about the article. Bridget’s combat style is certainly effeminate, but that’s because he’s been extremely flexible and agile in his training. His moves imply that he’s had some sort of gymnastic training (like when you do a forward kick, and he does a split). I can’t quite explain the down/forward punch attack, where he flies forward at the enemy with his butt. That’s just Bridget being… forward. Anyways, onto his other moves.

The “butt shotgun,” as it is described, is Bridget firing a rather explosive weapon, which remains unseen, and him getting knocked back onto the ground. I’d say that’s just something Bridget has acquired due to taking a bit of his father’s vast wealth, and bought some advanced technology that he can use, but not very well.

It’s not right to hate on Bridget simply because he’s different. I’m sure those who are the most volatile against Bridget are the ones who thought, “hey, that chick is really f’in hot!” So really, just accept the fact that you’re gay for Bridget – everyone is. The sooner you accept this fact, the sooner you can begin loving the game that is Guilty Gear.

While Bridget certainly isn’t a top tier character in the world of Guilty Gear, I certainly enjoy playing as the character. How many other Bridget fans are out there in the Destructoid Network? I’ll be looking for you whenever we get a Guilty Gear tournament together. 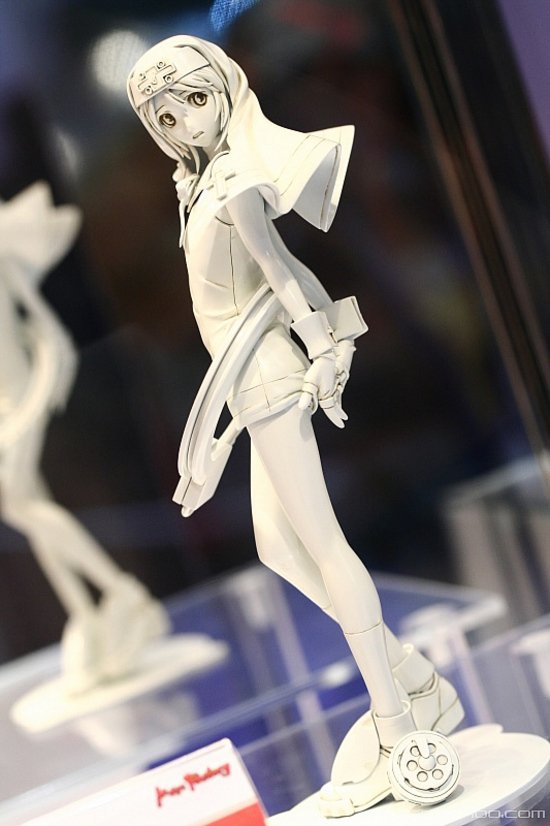