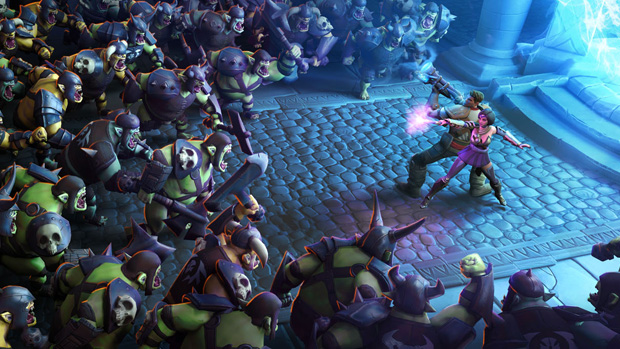 GOG.com cut the price of a big swathe of strategy titles in its USSR Invades promo, including IL-2 Sturmovik: 1946, Perimeter, and the not-actually-a-strategy title Cryostasis. Jordan’s already let you know about Amazon’s great bundle deal on the Prototype franchise so snap that up.

GamersGate has cut the price of the rather fun tower defense/third-person action Orcs Must Die and its sequel. Both games are reduced in price by 75% with their DLC expansions either 50% or 75% off. Elsewhere on GamersGate, the Crusaders Kings franchise is also reduced by 75%. You can get the same deal on Crusader Kings at Green Man Gaming too. Also at Green Man Gaming, you can pre-purchase Hitman: Absolution for $29.95 if you use this coupon: GMG35-FGR37-COY0B

Steam has a good selection of offers; we know that Awesomenauts is free-to-play this weekend and is half price if you want to buy. Also on offer is the fun in the sun dictator sim Tropico 4 which is 75% off. As always friends, if you spot a great weekend offer on some PC and Mac downloads, please post ’em in the comments below. Have a good weekend everyone!