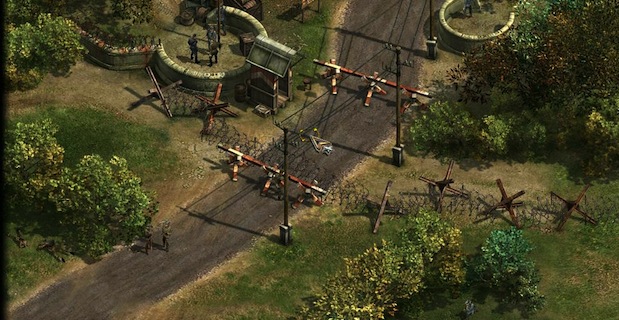 Weekends are becoming increasingly fraught for me, with Good Old Games joining Steam in some PC digital download price drops. Considering I get paid on a Friday means I could learn to fear the weekend. This weekend sees the arrival of Digital Game Factory at 50% off on GoG and the world’s biggest FPS franchise gets a price drop on Steam.

Digital Game Factory might not be a familiar name but some of their titles are: there’s the tough-as-nails Commando 2 & 3 bundle, the city-building sims of Constructor and Mob Rule, and the RTS titles Imperial Glory and Praetorians all available for download. Individually, the prices range from $2.99 to $4.99 and there’s a bundle with all six games available for $19.94 — that’s 50% off all the games.

Meanwhile on Steam, Activision has knocked down the price on a big section of the Call of Duty franchise, with most titles and DLC having a 50% price drop, although Black Ops is only reduced by 33%. If you’re hoping to snag a cheap pre-order for Modern Warfare 3, then think again as its price is unchanged. But you do get a free copy of the original Modern Warfare to enjoy or gift to a friend.