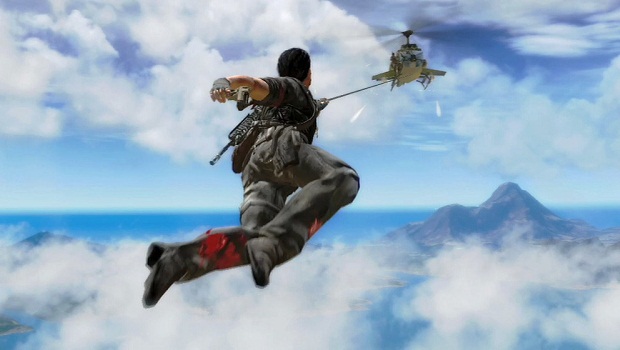 If the success of Day Z has proven one thing, it’s that a well-made mod can breathe new life into a game. The massive multiplayer mod for Just Cause 2 hasn’t matched the popularity of Day Z, but it’s got people playing Just Cause 2 again, if my Steam friends list is to be believed. If you’ve been holding off buying the game, it’s reduced by 75% this weekend on Steam; also reduced this weekend is the recently released Ghost Recon: Future Soldier, which has a 33% price cut.

Over on Amazon.com, you can get some big savings on the Serious Sam franchise, including a whopping 82% price cut on a Serious Sam bundle that nets you seven games for just $19.99. GamersGate is into the last few days of its Summer Sale, so now is the time to check out the last of their daily deals; right now you can pick up the original S.T.A.L.K.E.R. and F.E.A.R. 3 for 80% and 75% off their prices.

GOG.com has lined up a nice little selection of recent indie games to reduce to half price; Legend of Grimrock and Tiny & Big: Grandpa’s Leftovers are two of the standouts in the promo. The promotion on the Ultima series is still running as well, if you want to pick up any of those titles for $2.99. As always friends, find a good PC weekend download deal and post it in the comments. It’s always appreciated.