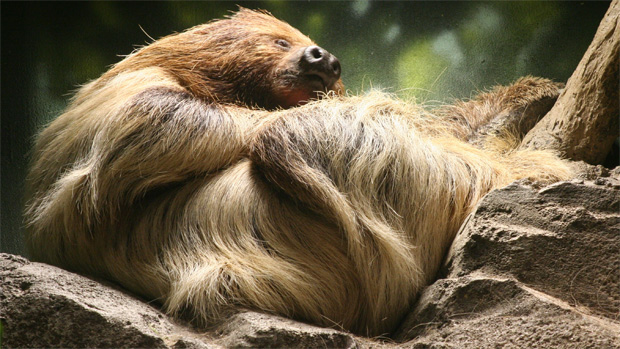 It’s been quite a while since the last Weekend Mobile roundup; time has been short the last couple of months (again!). Normally I play iOS games while watching terrible TV shows like Supernatural or Fringe season 4, the kind of shows that don’t benefit from paying actual attention to the screen, but my 20 hour backlog of TV should give you some indication of how much I’ve gotten around to mobile gaming.

Still, a bunch of great games were released and I wanted to highlight some of them that are worth a look. I’d like to dedicate this edition of the roundup to the long loading times in PC games I’ve played in the past weeks; without them I wouldn’t have played half these games.

Every 10 waves there is a checkpoint, thankfully, and an opportunity to upgrade your ship’s health points, speed, shots, etc. You’ll also collect little dots from the enemies you destroy that power your super shot. This is very useful against enemies that are shielded by shield units you need to destroy first, or enemies that can only be hurt from one side of the screen.

Super Crossfire HD looks great with its neon style as well. I played it on an iPad a while back at Eurogamer Expo, and I have to say it plays a lot beter on an iPad than an iPod Touch 4G. No surprise there, but it feels made for the larger screenspace and higher precision of the controls. Whatever you play it on, you have to be willing to die a lot of times. So if hard shmups and fancy graphics with a twist on traditional Space Invaders gameplay is your thing, you can’t go wrong with this one.

Do you like Secret of Mana and Seiken Densetsu 3? If so, then buy Mage Gauntlet immediately! Made by Rocketcat Games, the people behind Hook Champ and Hook Worlds, this is a throwback to the 16-bit era of hack & slash RPGs. As an unfortunate girl in a world of magic, who can destroy any magical thing just by touching it, you receive the eponymous Mage Gauntlet from the elderly wizard who once sealed away a great evil. You know, story stuff.

Running and fighting your way through three “worlds” filled with numerous levels, Mage Gauntlet is pure retro bliss. You’d think a game like this would not work very well on an iThing, or that it would feel forced and misplaced, but nothing could be farther from the truth. The controls are customizable, but the default control scheme that adjusts itself to your left thumb wherever you place it works like a dream. One button is for hacking/slashing, you can hold it down to slash-dash forwards if the energy bar is filled, and another button allows you to simply dash if you have enough energy.

In any level you can destroy magical items that give you spells to cast, of which you can store up to four at a time. These are great a clearing groups of enemies or bosses, and sometimes they are a necessity. Being an RPG, you can level up the protagonist and find new gear and hats to increase your strength, make certain spells crit faster or drop more often, or just make you look awesome.

Mage Gauntlet is a blast to play, looks great, and has a lot of humor and story to boot.

This is one of those games destined to enter lists filled with the Angry Birds and Jetpack Joyrides of our time. Whale Trail is another tap-and-hold-to-go-up game and this time it’s about a whale in the sky. It’s a decidedly cute game, but behind its cuteness lays a lot of game.

Rather than just going up and down, you can fly through a rather large vertical space in the sky to collect bubbles that keep you alive, and you have the option to make loopings to catch ’em all. Occasional special “items” can be collected to give you a boost, which also lets you fly through normally dangerous storm clouds.

Like Jetpack Joyride and Tiny Wings, it’s easy to pick up, hard to master fully and always fun to play. The difference between those two and Whale Trail, however, is that Whale Trail‘s single playsessions can be rather long in comparison. It’s pretty easy to survive for quite a while, and while that makes sense to engage a casual mobile audience, the result is that you won’t instantly replay it as much.

It’s only a minor gripe in the shadow of the great titles that have preceded it, though, and for a buck this is probably the best game you can grab at the moment. The larger playspace leads to a different kind of game you’re used to by now, and the theme song will most likely get stuck in your head for days to come.

Pixel art maestro Caleb Hystad‘s second iOS game is yet another of the Jetpack Joyride kind, but with a more minimalistic indie approach. You are Charles C. Gull, a jerk seagull who just wants to crash through smaller birds in the air and trashcans on the ground. If you get hit by a flying raven or a walking bear you lose a feather (life), which you can regain by hitting other seagulls at the top of the screen.

It’s a fun and free little game that is worth checking out, although it is really up to you how much fun you can derive from it. If you just stay near the top of the screen, it’s all too easy to keep hitting birds, evading ravens, and getting new feathers from gulls because they all tend to fly in the same zones that become easy to learn. Going for the trashcans spices up the gameplay and makes it a lot harder. The thing is, it is so much harder to hit the trashcans at the bottom than it is to hit the birds near the middle that if you are actually going for highscores to improve yourself, you’re better off staying near the top.

Still, it’s an interesting little game that’s worth a download — especially if you are into these pixel art types of games. The music can be deliciously redneck as well, although that might be just my perspective on it.

If Dungeon Keeper was an iOS game that focused on traps, it would probably be a lot like Tiny Heroes. Stupid heroes are after your gold! It’s up to you to wall off approaches in your little 2D maze of a dungeon and lay down traps and defenses to kill them before they reach your gold, or worse: take off with it.

I’ve been playing this game on and off for a long time now and I’ve yet to finish it, because there are a lot of levels to play through if you play it casually. It can be a little on the hard side, which forces you to manage your income efficiently and only use the traps that will have the largest effect on the heroes’ health. Occasional challenge levels you unlock by playing through the campaign are even harder, even if they limit you to a few defenses that turns it into a bit more guided — and sometimes easier — approach than the general levels offer.

The different hero classes can range from simpleton knights to annoying thieves who will try to disarm your traps, which keeps the game interesting. I found the thieves to be disproportionally annoying compared to the other types of heroes, but that can just be a personal gripe with having enemies mess around with my expensive and carefully laid out traps. There is certainly a lot of content here, and by the time you finish it there are a couple of in-app purchase campaigns for $1 that will keep you occupied for even longer.

Mobile news of the week:

That’s it for this weekend. If you know of a ridiculous or cool new Android or iOS game, hit up Jim Sterling or myself on Twitter. Or post it in the comments! It might take a while before we get around to it in the coming weeks, though!