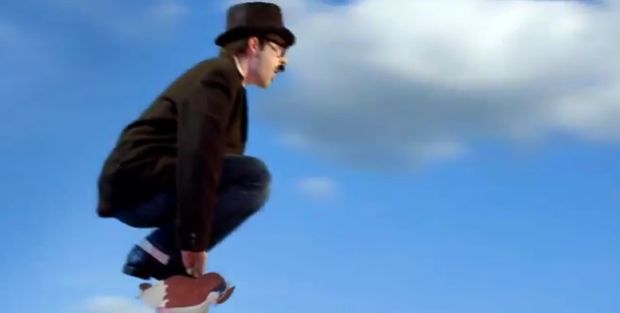 Ash is continuing his adventure and this time discovering random battles. I had no idea there were AK-47s in Pokemon! What the hell!

Weekend Destructainment is GO! Immersion takes on Horde mode, drum covers fill your ear holes, the Game Genie series is back, El Shaddai’s trailer gets mashed up, a one man band goes all Zelda, Cole Phelps is a douche, everyone loves Game of Thrones, Nick Chester is a lush and Freddie Wong went to E3.

NukaCola is back with some videogame drum covers! This latest one is based on Castlevania II.

One man band does a cover of “Fairy Fountains” from The Legend of Zelda: Ocarina of Time. Thanks, David!

Cole Phelps is kind of a dick in real life.

8-bit remix of the Game of Thrones theme.

Nick Chester is such a lush at the Harmonix party.