Mario as you’ve never seen him before

Super Mario Odyssey is weird. It took all of 30 seconds before we switched out of Mario’s traditional garb and into a pinstripe suit and fedora. Many times, we threw Mario’s hat at a Bullet Bill and then turned into that Bullet Bill. We spent time reuniting misplaced band members; the bass player was on a floating park that we could only get to by turning into electrical current.

We had our temporary visitor visa to New Donk City, and we want to become permanent residents. All it took was a 20-minute demo before we were convinced. Our stay was brief, but Jordan and I are confident that Super Mario Odyssey is shaping up to be a really odd gem.

Jordan: This freaking game, dude. You did a good job capturing the manic essence and imagination of Odyssey. Everywhere I looked, something caught my eye.

I felt like a kid on Super Toy Run rushing to cram anything and everything into my cart before time ran out. I literally was less than a minute into my session before I had already jogged past a sombrero-wearing skeleton, stumbled into a Tostarena Town shop, and bought the fedora. Somehow, that was the least-weird oddity we saw.

Our mad dash to experience as much as possible reminds me of playing Zelda: Breath of the Wild at E3 last year and, more to the point, it brings back memories of exploring worlds in Super Mario 64 and Banjo-Kazooie for the first time. It’s a feeling I’ve missed from 3D Mario games for far too long. To see Nintendo not only instill that curiosity again, but do so in such out-there ways? It does my heart good, that’s for sure. 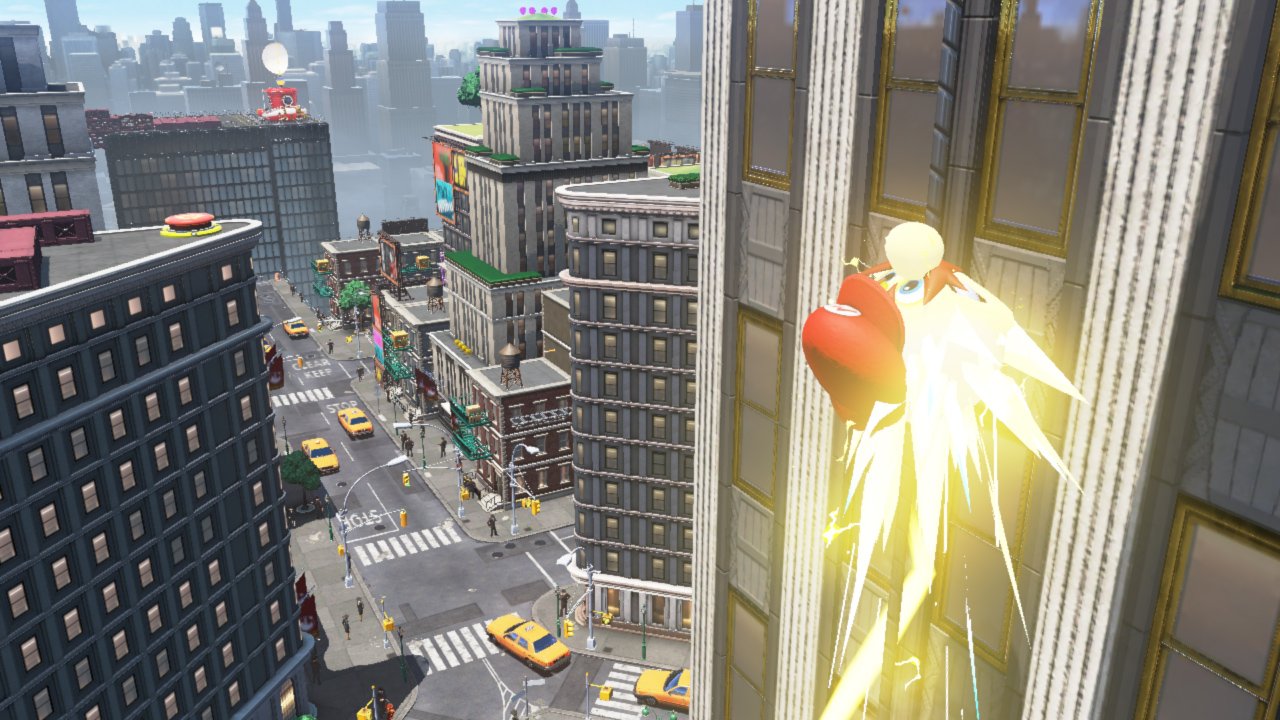 Brett: Yeah, everything begs to be explored. Those classic sprites on the wall? Go into the warp tunnel and you’re suddenly playing a 2D Mario mini-game. That inviting skyscraper? Bounce on a cab like it’s a tramopoline and find a way up the building. I bet there are secrets up there.

Just 20 minutes in, and I’m already having a tough time pinning down my favorite thing. It might be how insanely jarring and still somehow natural it is to see Mario running around realistic models of humans. Or it might be how its structure lends itself to comparisons of Mario 64 and Mario Sunshine — isolated levels with moons (the new stars) to collect.

But honestly, my favorite part is probably how ridiculously off-brand Super Mario Odyssey can be, and I say that with absolutely no negative connotation attached. Nintendo is taking chances with this game and that’s not something it has really done a lot of in past years, at least not with regard to Mario. At least not in this way. 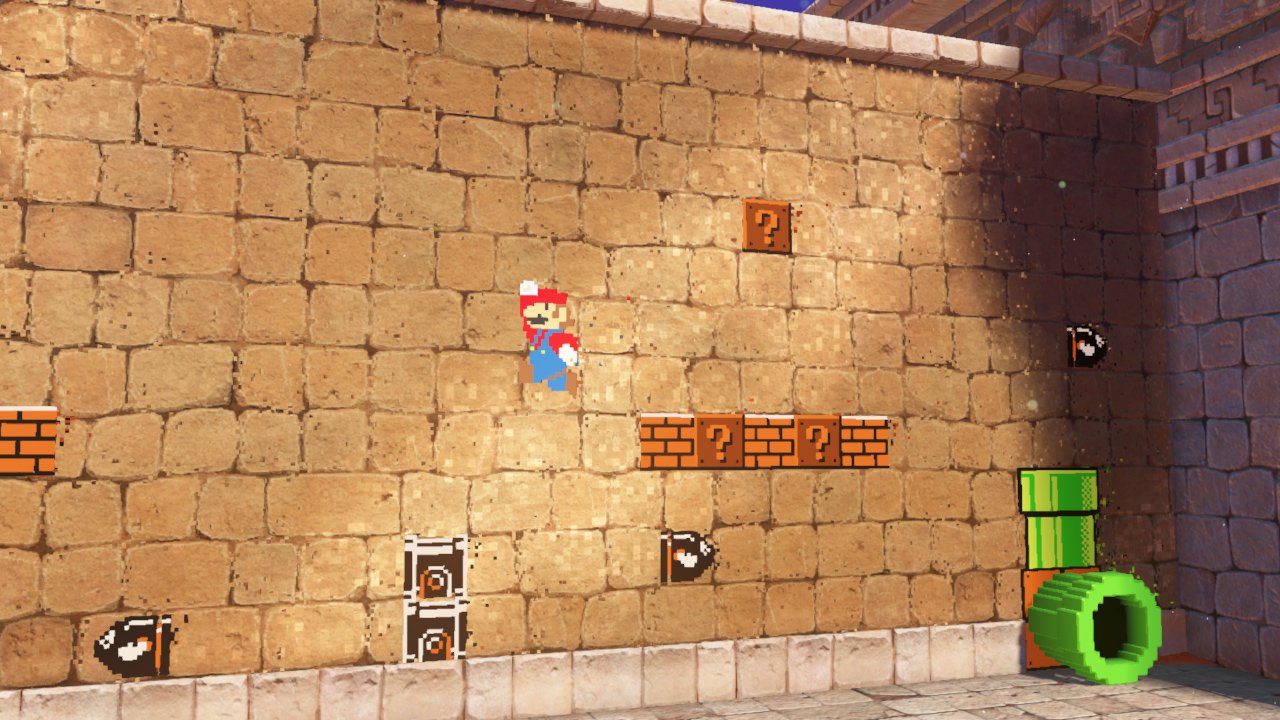 Jordan: That’s what I find so appealing here, too. Realistically, if Nintendo makes a Mario game, I’m gonna play it, and I’m probably gonna play it sooner than later. I’ll have a good time. That’s generally how these things go down. But with Odyssey, it’s so much more than that. I have this burning curiosity. Like, if all the aforementioned (rather amazing) nonsense is what Nintendo brings to E3 for our first hands-on, what the heck awaits us in the full game? I’m just dying to find out.