We liked what we found

Quick, rhetorical show of hands: How many of you have heard of Digital Dragons? My assumption is that it’s not many of you. That’s because relative few consumers need to know about conventions like this. But, there’s something happening here in Krakow, Poland that feels like it’s set to be a pillar of Polish game development.

Last October, Destructoid visited the cities of Poznan and Warsaw to find a surprisingly impressive game development scene. Everyone knows about the giants like CD Projekt Red and Techland, but few realize how many ambitious people are trying to make a name for themselves and their indie games. It feels young in a sense, but we’re already seeing some break through in a big way; Superhot cleaned up on a lot of end-of-year lists in 2016 and there’s a good chance you didn’t know the studio is Polish.

Like many of the people making games in Poland, Digital Dragons itself is still young. It’s the fifth year of the convention, and the first in a new conference center. (Side note: The convention center has a stunningly nice concert hall.) Talking with people this week, they’re thrilled with the change; this show has gotten too large for the old venue and the necessity for a bigger location can only be a good thing.

As for what it is, Digital Dragons feels like something that’s a Polish GDC with more spirit (ignoring the fact that there already is a European GDC). It’s half seminar, half celebration. There are talks all day long across six different rooms, and these seem like fantastic opportunities to learn. Some of the sessions are highly technical and granular in ways that I wouldn’t be able to understand and you probably wouldn’t want to read about. Others are business-oriented in ways that guide developers toward trends and models that they should pay attention to. 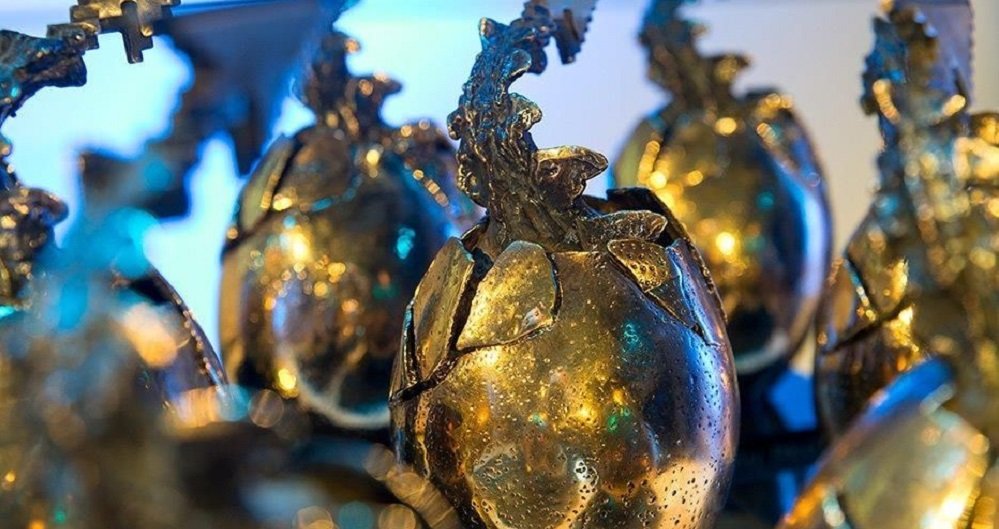 During the two-day convention, we saw a handful of presentations that piqued our interest. Some coverage you’ll likely see on the front page in the coming days includes: Oculus breaking down its first year on the market and what the future looks like; Remedy creative director Sam Lake talking about the thematic cohesion between the studio’s games; Fig CEO Justin Bailey on the state of crowdfunding; John and Brenda Romero chatting about their careers and how game development never stops in the Romero household; and some interesting statistics from the third annual “The State of Polish Video Game Sector” report.

But, like I said, that’s only half of it. Digital Dragons is also a celebration of sorts, a bunch of people happy to be together for the same cause. It’s a professional show but it didn’t have the atmosphere of everyone being there because they had to work. There was an enthusiasm about it that was contagious, lifting the room in a way that made it feel kind of different from most of the video game conventions I’ve been to.

The culmination of celebrating Polish games was at the Digital Dragons Awards that took place on Monday night. Superhot and Bound took home the most awards, each winning two of the eight categories. However, Flying Wild Hog’s Shadow Warrior 2 swooped in to take the grand prize of “Best Polish Game.” Afterward, there was a dance party in the convention center.

I came to Krakow not knowing what to expect from Digital Dragons. I found a convention where a lot of the talks weren’t applicable to me or our audience, and a convention where news doesn’t really get broken. Still, it’s one of my favorite shows in a long time. It’s not often that you go to a conference where you genuinely believe most everyone actually wants to be there. And the Polish game development scene is going to be better off for it in the years to come.