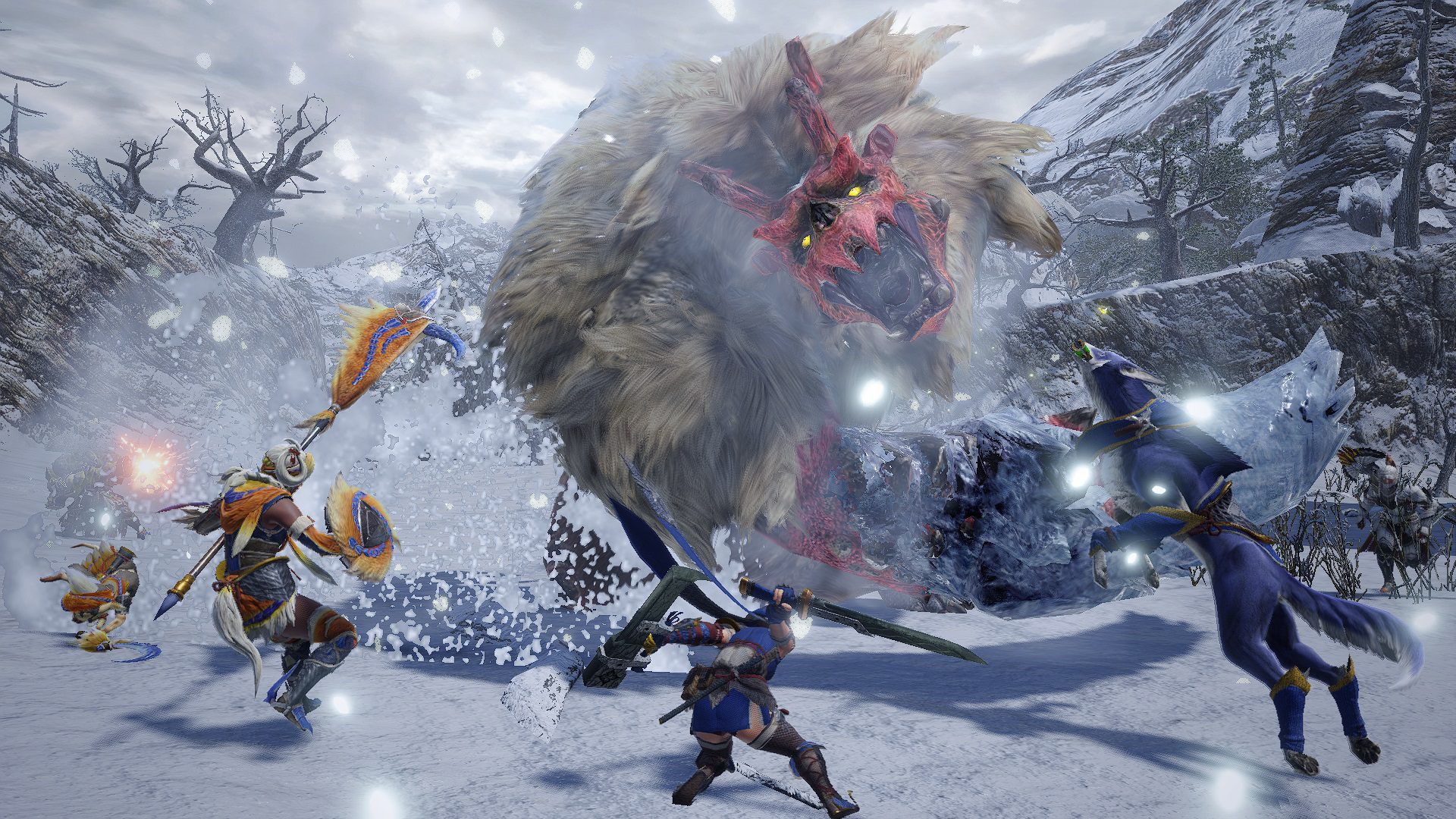 Monster Hunter Rise is poised to make a huge splash on the Switch in March, and the core development team is a big reason why it’s firing on all cylinders so far.

We got a chance to talk to producer Ryozo Tsujimoto about all things Rise, and learned a few things in the process. 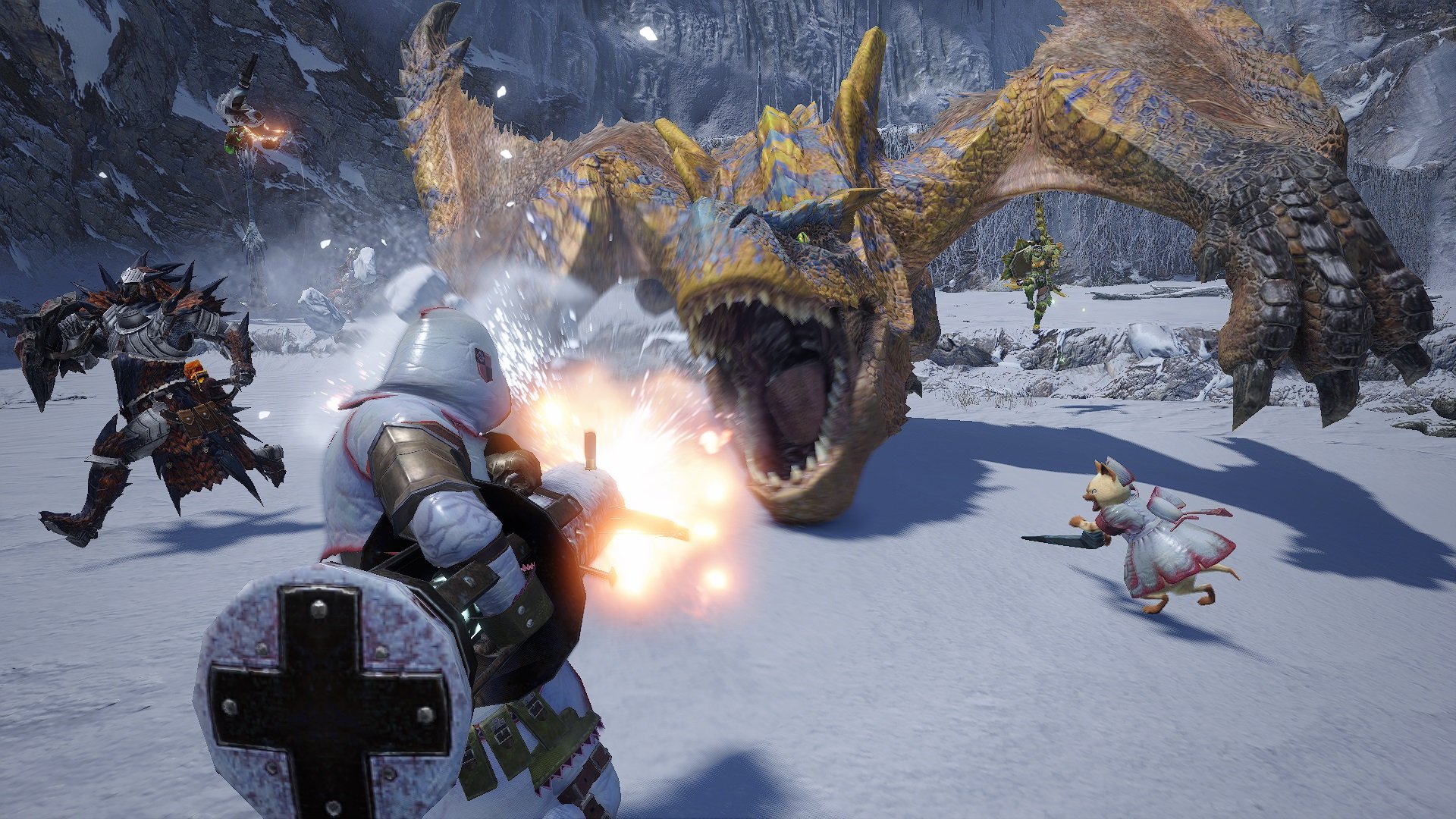 Destructoid: Have you learned any lessons from past Monster Hunter development that you can use to make Rise better?

Ryozo Tsujimoto: Director Yasunori Ichinose and I have been friends for a long time. Actually we worked together on the Monster Hunter series at the same department at Capcom. But we’ve worked mostly on portable Monster Hunter games. The first game  Ichinose directed was Freedom Unite on the PSP. Since then, the most important feature set we’ve focused on is the action element and communication for multiplayer.

That’s always been one of the most important things. We’re looking to build on the foundation we’ve created in the past. Another major aspect is community creation. It’s a social aspect. It’s been going on for 16 years now, and we’re happy to see the fans respond very excitedly to Rise.

What was the biggest challenge when developing for the Switch, as well as the most rewarding aspect?

First off we’re using RE Engine for this game. But this is the first time we’re using it for Switch. One of the biggest challenges since this is obviously a series that you can play with your friends in multiplayer; normally you’d do this online, but with the Switch you can also have local multiplayer.

So developing it specifically for portable mode was another big interesting challenge.

Who was responsible for incorporating amiibo into the game? You don’t see amiibo functionality that much in the past few years, but Capcom has been a champion of it.

That’s something that you have to start thinking about in the early stages of development. We were talking about it right from the start. It’s not solely decided from the dev side. Obviously the sales department gets involved too. It wasn’t one single person, but it was decided by multiple people talking between departments.

Since the Monster Hunter series has a lot of popular characters, the monsters included, there’s lots of action figures in the series. So we decided the amiibo would be the logical next step.

What are some of the biggest lessons you’ve learned from Monster Hunter: World that you’ve brought over to Rise?

Development on Rise started around four years ago, so part of it overlapped with Monster Hunter: World. So we were creating both games simultaneously. So there wasn’t a lot that we were borrowing from each other.

But there were a lot of quality of life improvements that we brought over, even so.

What is the number one tip that each of you would recommend to new players, to make it easier to acclimate to Rise?

The wire bug is one of the major new elements. That’s what we want players to play around with, because it introduces so many new gameplay mechanics and styles. Since this is a completely new element to the series, it might be hard to get used to in the beginning, so we’d like to encourage players to get used to it. It really feels good to move around these environments with the wire bug. We’d recommend them to mess around as much as possible.

Also the Palamute is another major element. It’s a speedy movement we’re providing, so it’s something we want players to experiment with. 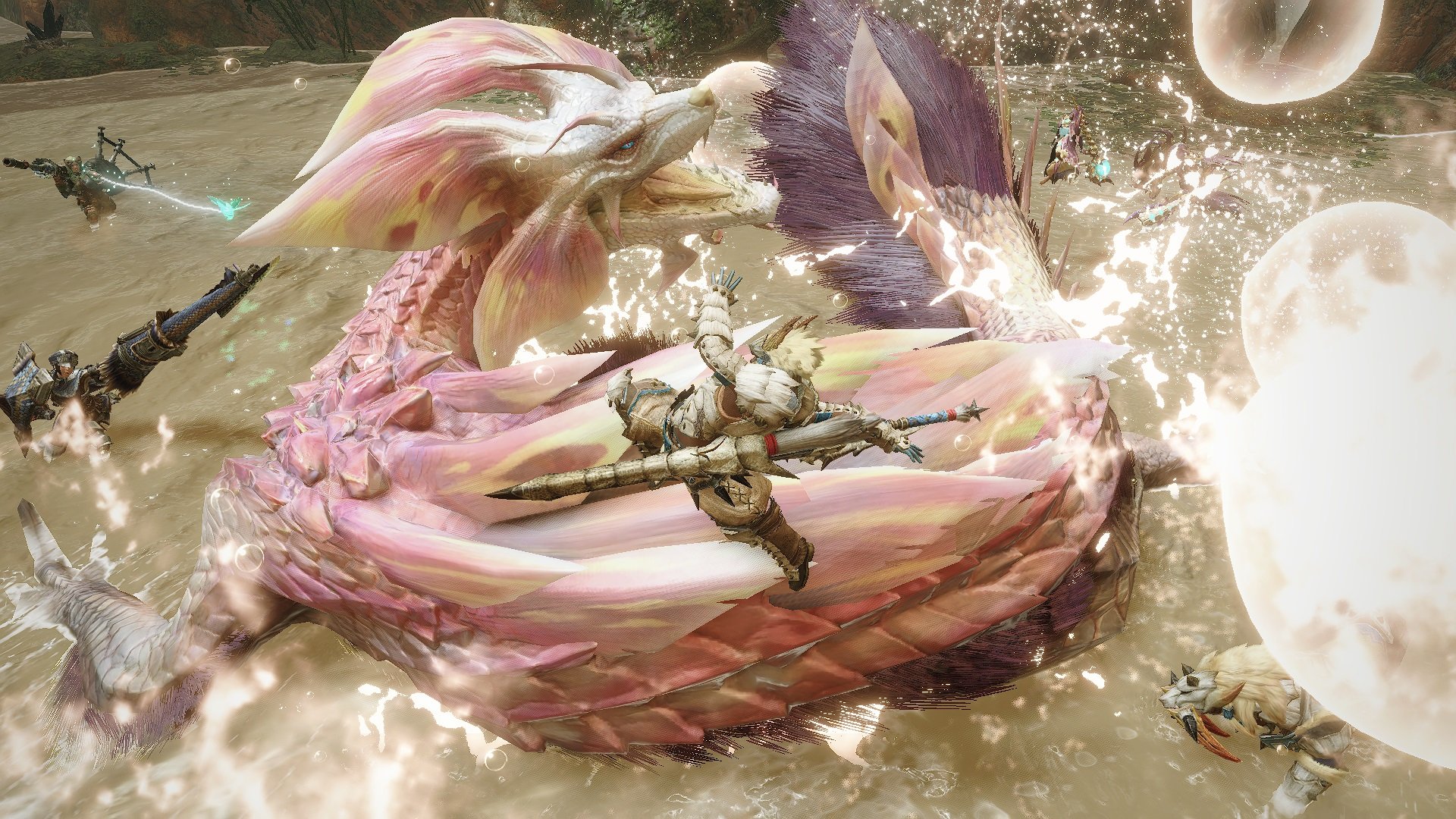 Recently you revealed some interesting weapon statistics for the Monster Hunter Rise demo. What is the kit you’d recommend the most to new players?

One of the most often recommended to players from us is the sword and shield. The switch axe has turned out to be surprisingly popular, but it’s also very technical so it requires a bit of skill. The great sword is also popular because it’s easy to understand, and the hammer is popular for the same reason: you swing it and do a ton of damage. The number one most popular weapon is the long sword.

One of the things we were surprised to see is the hunting horn is the most popular in the demo. It’s always been reasonably popular but gained a popularity boost with Rise.

What is your favorite weapons?

Well, I’m a veteran hammer player (laughs). That’s my weapon of choice, even if it’s not the most popular.

How has it been developing during the pandemic? Are there any tips you can provide for other studios to perform more efficiently during this time? Any wisdom you can impart?

Basically, one of the major changes…all of the meetings are done online, digitally through Zoom or Teams. We hardly ever meet in person anymore. That’s helped a lot for us. We’ve been successful with that, and I hope to see more studios use that method.