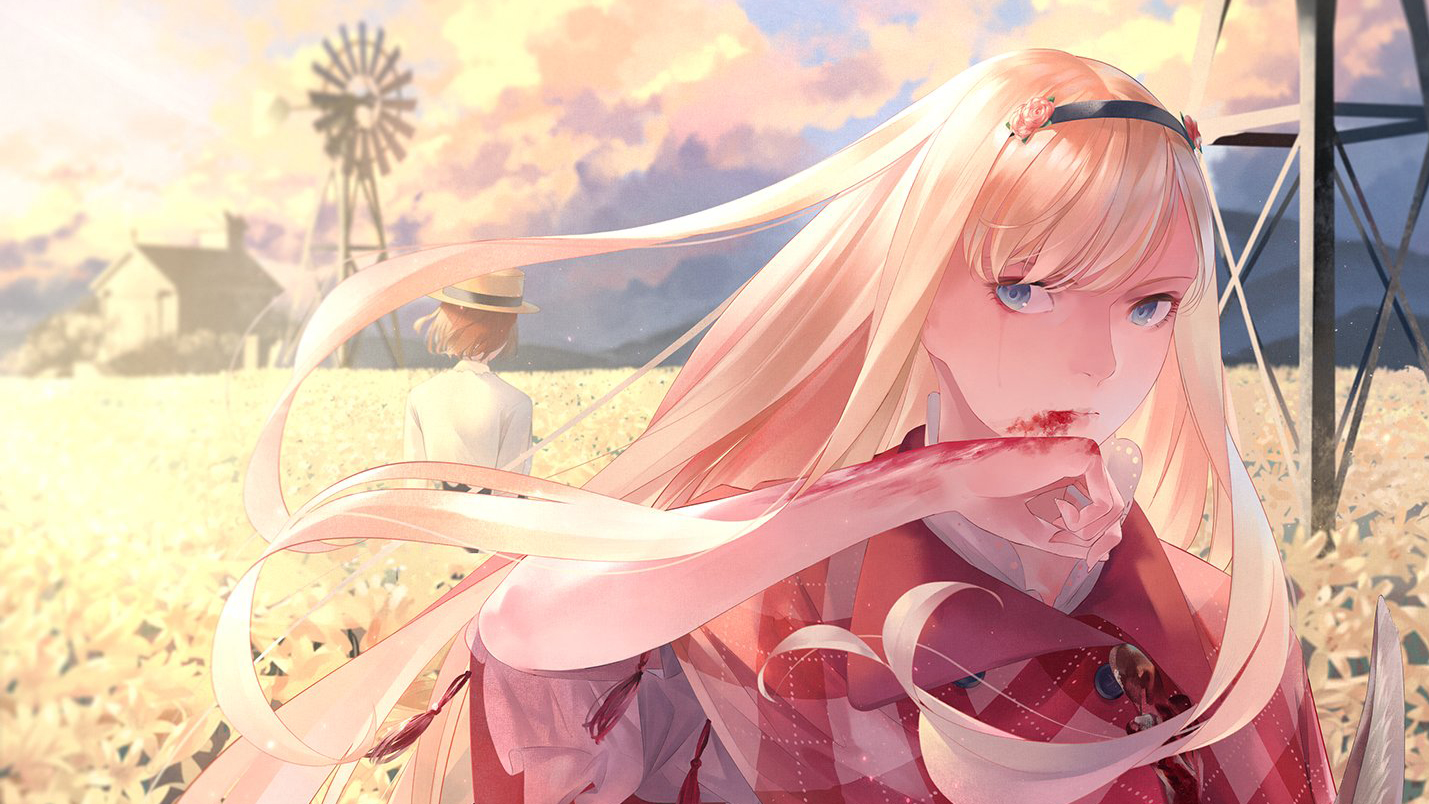 His favorite superhero is Bruce Willis in Unbreakable

Hidetaka Suehiro is a very busy man. For the past several weeks, Suehiro, who we all know as Swery, has been flying across oceans promoting the first title from his White Owls studio. It’s called The Missing, though the official title is the much longer The Missing: J.J. MacField and the Island of Memories, and it’s a puzzle platformer set to release worldwide later this month. It’s his first game in four years, a welcomed return to the industry after D4: Dark Dreams Don’t Die. While review copies are already in the hands of the press, I got a chance to sit down with Swery in San Francisco at the end of September and test out this morbid new game one last time before launch.

The build was the same found at PAX West where I first tried it back in August. During that playtest session, I was able to see three of the four levels in the demo. This final pre-release hands-on gave me an opportunity to try out the level I missed. The stage, set in a graveyard, features an eclectic mix of puzzles and enemies that do well to showcase the type of variety the idea at the center of the game has to offer.

J.J. MacField is, with some limitations, immortal. Any damage done to her will just knock off a part of her body, which is used to solve the variety of puzzles found in each stage. She can get all the way down to a head and still keep going, but any damage after that means death. The graveyard stage has a few head-only areas, but the big gimmick of the level are the open graves and fire. Bodies are strewn about J.J.’s path and thick, wooden gates block her progression. Because I can’t open or crawl through these big wooden blockades, my only choice is to burn those mothers down using J.J.’s body as the match.

As I played through this level, I recorded my conversation with Swery and his translator and going back and listening to it is a bit unnerving because of J.J.’s constant screaming as her body is kindled. When I first heard her back at PAX, or watched as her body rag-dolled across the stage after playing chicken with a wrecking ball, I laughed. It was funny. Part of it still is, but the joke becomes more and more serious with every gruesome injury she endures. Trying to get people to take this often absurd premise seriously has been a goal for Swery since he started showing the game off at conventions and online.

“I think the initial impression was this game had a lot of gore and a lot of violence and in the beginning, people would react with laughter or being taken aback by it,” Swery said. “That’s bound to happen. I think people will make fun or make jokes about it. You can’t really escape that. But what I’m very much looking forward to are the people who actually play the game all the way through and see the purpose of all this and how everything comes together in the end.”

Despite the subject matter, Swery says reception to the project has been very good. At Tokyo Game Show, he told me there was a lot of interest in the game from female audiences, so much so that women working the different game booths at the convention were tweeting about it. The Missing has seen a small but growing presence on social media over the past few weeks as more people get to play it. That level of awareness is giving the game a chance to stand out as it’s set to launch in during one of the busiest release periods in the industry.

“It is a pretty difficult time and I was concerned,” Swery told me, naming the recent Spider-Man and upcoming Red Dead Redemption 2 as two titles that could overshadow the project. “Why are we releasing at a time when all these other titles are happening? For me, I just wanted to get the word out there and put it in front of people’s eyes. Ideally, once this game is released and people get their hands on it, they’ll come out and say ‘I can’t spoil anything but I really want you to play it.’ That sort of word of mouth will I hope be the ideal promotion for me. I think the game design and the story is such that it encourages people to spread the word about the game.” 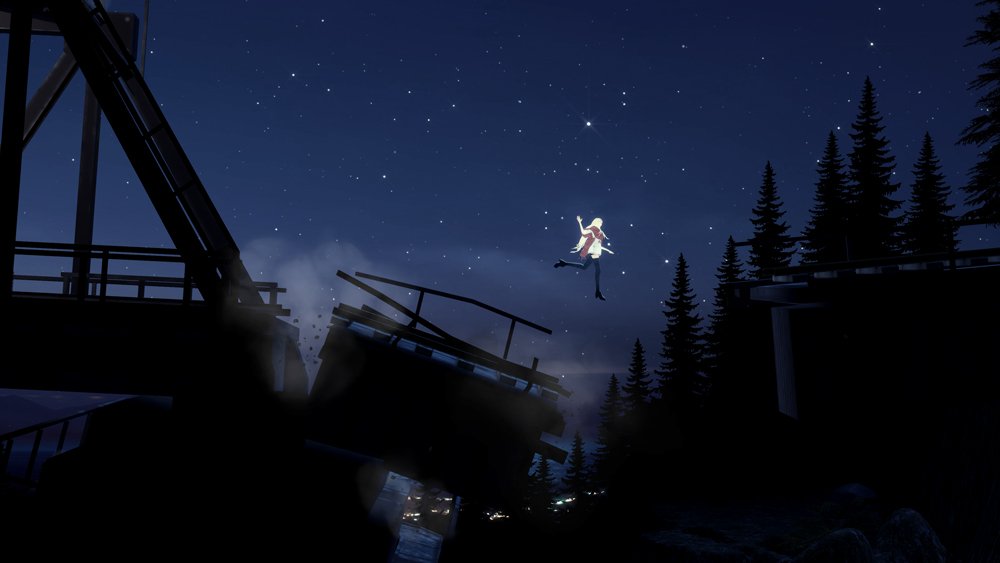 The story is going to be the key draw for me. While I do enjoy the puzzle elements and can’t wait to see how White Owls exploits the brutal body damage formula, recent images Swery has posted online have turned my attention more towards the tale he’s going to tell. This specific picture of J.J. running through a field with windmills in the background and a whale in the sky has been on my mind since it was first tweeted out. I’m not sure how much of that type of imagery will be in the final product, but I can tell you The Missing features a rich, 1950’s Americana aesthetic in many of its designs. There’s retro artwork in the texts and stickers J.J. can send as well as many signs in the backgrounds that feel like they were ripped right out of American Graffiti. These artistic decisions fall in line with the rest of Swery’s works which all feature rich, western entertainment influences.

“When I was growing up, there was a lot of American and western dramas, television shows, and movies that were on TV,” he said. “I used to watch those a lot as a child growing up so that is definitely one of my strong influences.”

Arguably the strongest influence seen in Swery’s work is the seminal television classic Twin Peaks. Its inspiration can be seen in Deadly Premonition and D4, and one of the most unique creative choices of that series is represented well here. In my last interview about The Missing, I brought up the game’s announcement trailer and how a creepy voice at the end had a Man-from-Another-Place sound to it. Swery confirmed he used the same recording technique Lynch used in his series, where actors say the lines in reverse and then that audio is itself reversed to make it intelligible but with an otherworldly quality to it. 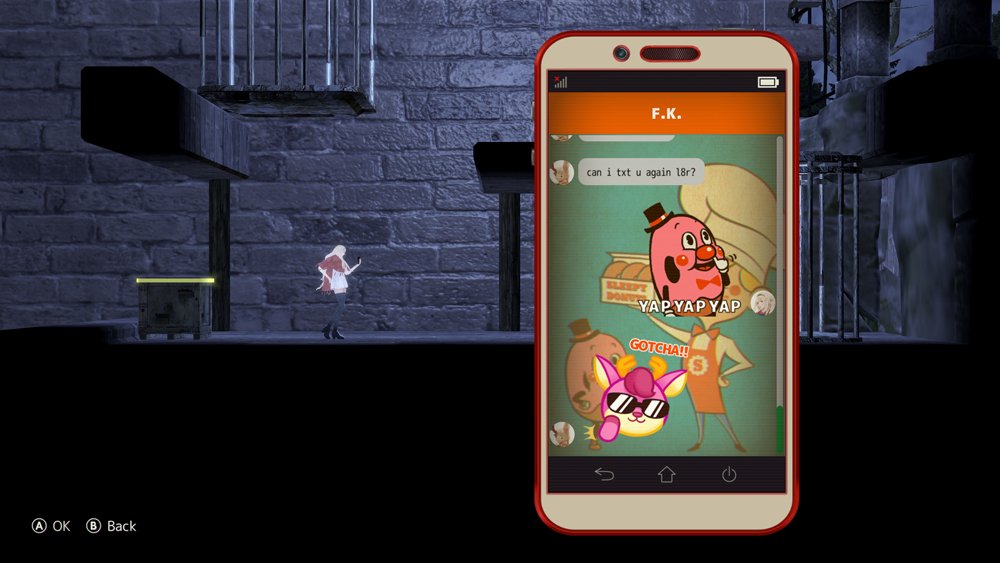 It turns out that audial trick is used with several characters in the game. One portion of the graveyard level has players going underground where there is a goat-headed demon statue that talks as you try and solve the puzzle attached to it. It’s unsettling; perhaps the most unsettling thing in a level where I have to dump body parts into open graves so the freed spirits of the dead can rise up and knock over a lamp that’ll catch J.J. on fire so she can set ablaze a wooden thicket blocking her path.

The audio in the demo is quite compelling. J.J.’s screams are basically burnt into my memory at this point as are her calls for her missing friend Emily. The audio director for the title is the same person who worked with Swery on D4. The song heard in the game’s trailer is an original composition by the same person who wrote the humming song in D4. In all, there will be 20 original songs in The Missing’s soundtrack.

When it launches on October 11, The Missing will be the first Swery game to appear on a Nintendo console. It’s set to launch simultaneously on Switch, PS4, Xbox One, and PC, which is a major accomplishment for a studio the size of White Owls.

“It was important for me to release the game on all platforms at the same time,“ Swery explained. “That was a goal for me and it was a challenge for us. I hope to encourage a lot of other indie game studios and energize the community to see a game release on all platforms from a team of only about 12 people.” 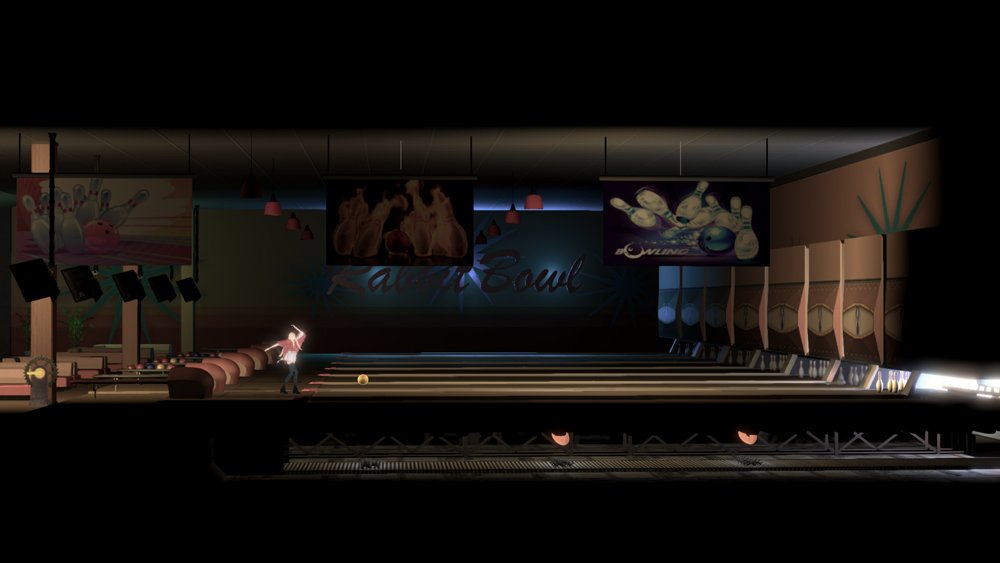 It’s certainly a smaller size than Swery is used to. The Missing is his first game since 2001’s Extermination not to be developed at Access Games. I asked him if he preferred working with small teams like White Owls or the larger ones found at his former studio. Swery explained that having a team with 80 or 90 staff members can be something of a burden when you have to factor in everything not directly related to game development. While indie studios like White Owls won’t see the type of budgets he was used to at Access, Swery said working with a small team allows him to better focus on the game design and producing the experience he set out to make.

Of course, unlike many indie studios, White Owls isn’t going to live or die by The Missing’s success. After an unsuccessful Fig campaign last year, Swery secured Kickstarter funding for his studio’s second game, The Good Life, earlier this year. Development is moving right along on that project and over the summer it was revealed Sony Music Entertainment’s new indie game publishing arm Unties will be publishing the title on PlayStation 4 and PC in 2019.

“I will be able to focus on it even more after The Missing releases,” he said. “I’m going to England this month. Last month we announced the map editor and introduced the ability to ride a bike. Since then we’ve been brushing up on things and working on it further. Our backers should expect a new update every month.”

While I’m sure it’s far too early to talk about what comes after The Good Life, I did ask Swery if he’d be up for doing a collaborative project with another developer. At PAX, he and No More Heroes creator Suda51 shared a stage during a question and answer session. Seeing pictures of the two of them together got my mind reeling about the possibilities, so I wanted to know if Swery had ever considered working with Goichi Suda.

“Yeah, I would love to if the opportunity presents itself and we have a chance to do it, we’d absolutely love to collaborate,” he said. “The only thing is the both of us have our hands tied with our own games. It’s very difficult for us to find ways to do something together these days. There was talk about doing something with Suda before at Omnibus, but it just never materialized.”