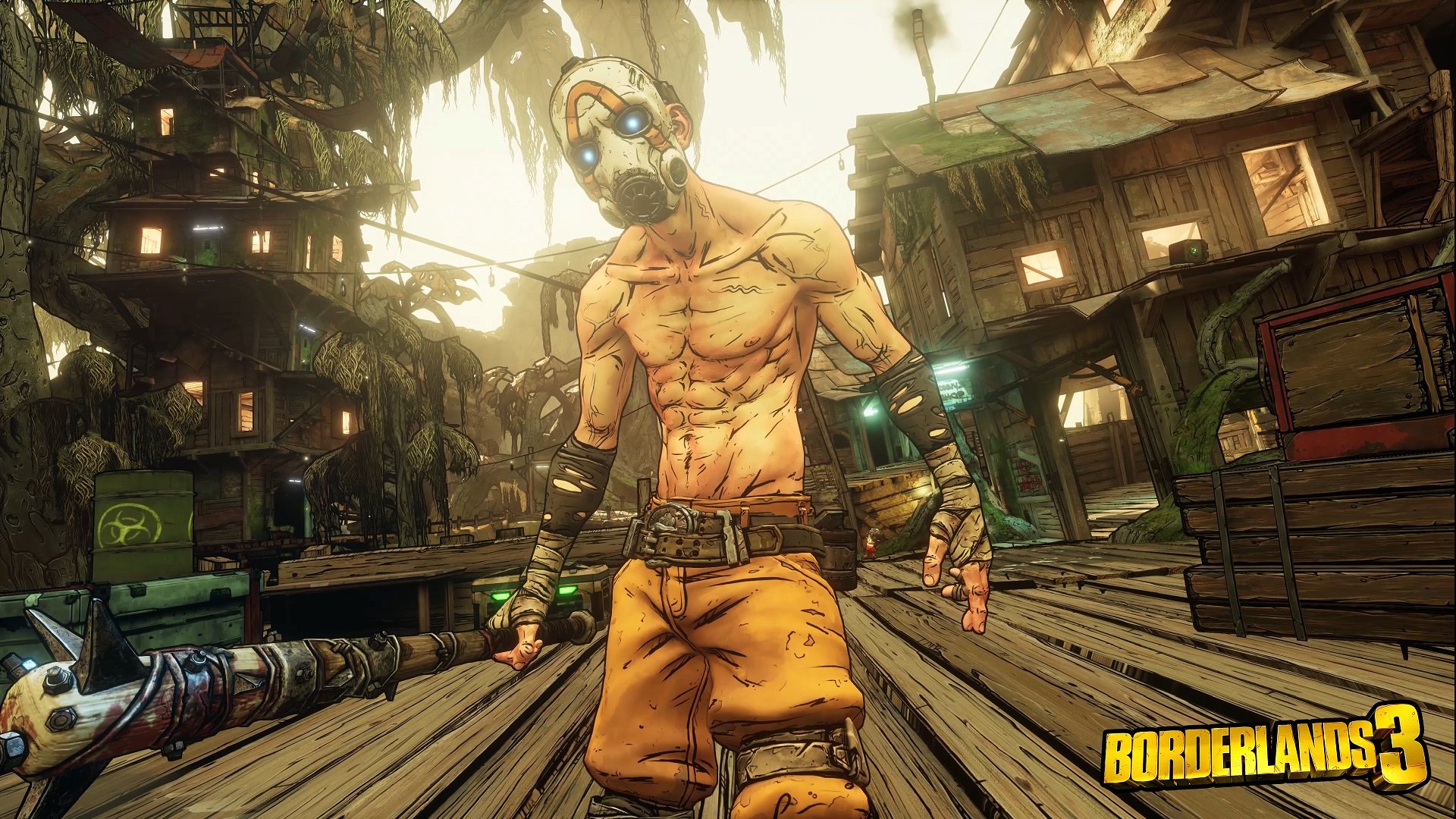 The Cult of the Vault got to us

Judging by the near-constant applause, Borderlands 3‘s central theme was ironically lost on most people in the crowd. There are two types of attendees at this event: Media and Influencer — at least that’s how the badges distinguish everyone — and it feels like the latter outweighs the former five to one. Funny, considering that Borderlands 3‘s whole story revolves around how streamers will send us to hell in a handbasket. Or, more appropriately, to hell with a hand grenade.

“Like, follow, and obey,” goes the slogan of the Calypso Twins — Borderlands 3‘s main villains and leaders of the Children of the Vault cult. Senior producer Anthony Nicholson cuts to the chase: “[The Calypso Twins are] more akin to stuff we know in the present time of the games industry. They’re more influencers and live-streaming. They’re doing a lot of casting out on speakers, trying to recruit people. You see TVs throughout that are broadcasting trying to get people, their fans, to like, follow, and obey.”

The twins, Troy and Tyreen, are all hubris and jackassery. They’re formidable spiritual stand-ins for Handsome Jack, taking up the mantle as someone you love to hate. So, why does this room full of streamers and influencers loudly approve of a game that pokes fun at and vilifies their lifestyle? Maybe it’s naivety. But it’s probably because Borderlands 3 looks so damn good. 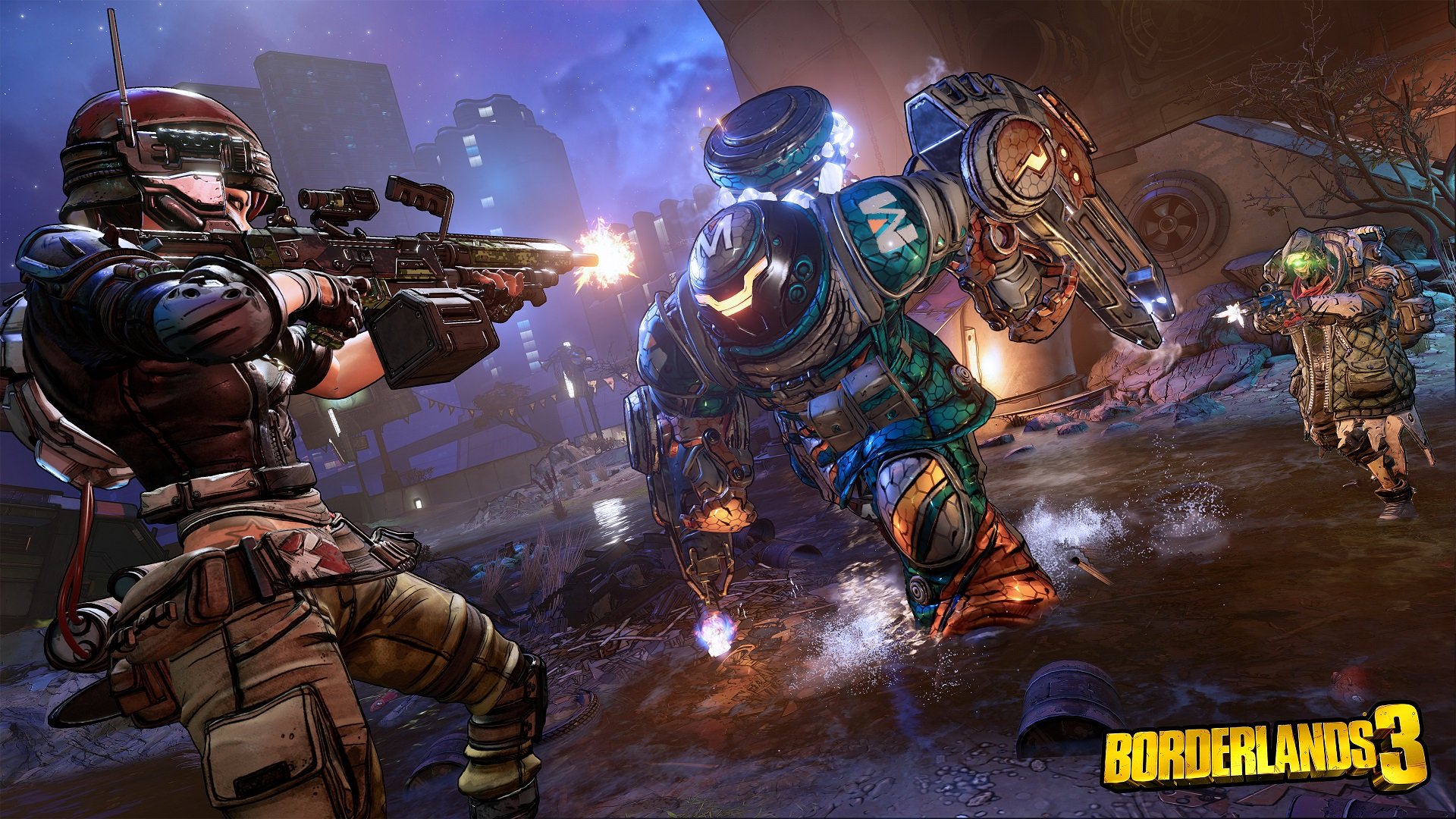 Borderlands 3, in a lot of ways, is defined by excess — and that’s more meaningful than all the “More guns!” marketing that’s leading the way. Nicholson tells us that Gearbox really honed in on the heart of Borderlands while developing its third game in the series. “We learned what made Borderlands great in the first place,” he said. “We want to expand on those things. That’s why you saw a lot of variety. You saw more weapons, different environments, more characters and each of them has three different skill trees. It’s about building on a foundation that we know works from what we’ve done before.”

For that reason, Borderlands 3 is instantly familiar. There’s just a lot more of it. Yes, there are more guns, but there are new uses in ways that aren’t just numbers-inflating. Most notably, many weapons have an alternate fire mode now. For instance, in our hands-on demo, we had an assault rifle that switched to a grenade launcher. It proved to be an effective way to drop the enemy’s shields before finishing them off with regular lead.

However, it’s the multiple action skills for each character that might do the most to help Borderlands 3 stick out. Each Vault Hunter has three skill trees and three unique action skills that can completely change their style. Compounding things, the action skills can have augments and modifiers, making them even more tailored and unique. In a presentation, Gearbox says that if two players pick the same character, their action skills make it very likely that they’ll play quite differently. We played as Zane, and he can equip a second action skill in lieu of being able to toss grenades. Having frequent access to both a sentinel drone and a decoy clone felt like a good trade-off. 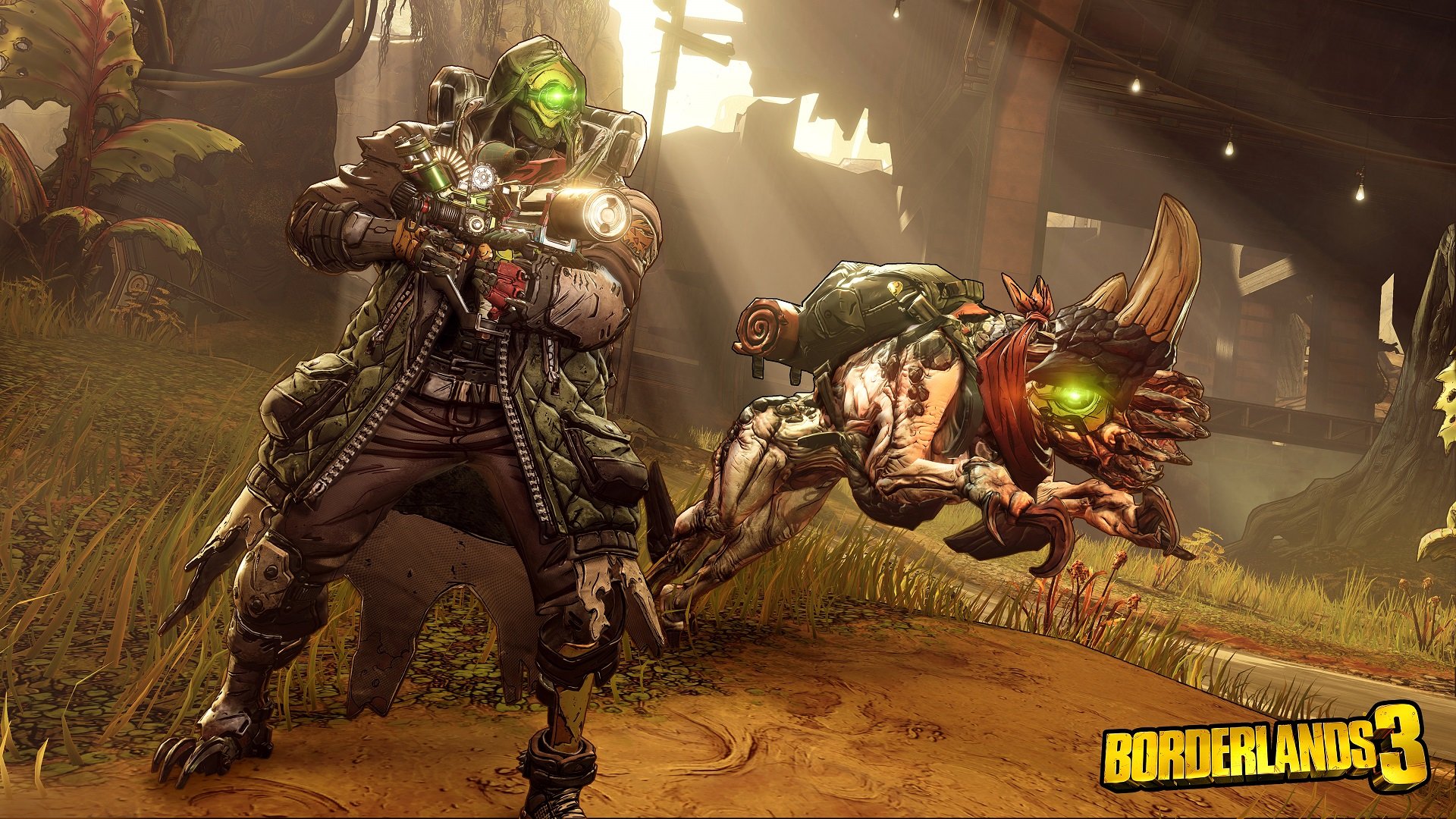 Another area of refinement concerns locomotion. Borderlands 3 seems as if it took a page out of Apex Legends‘ playbook — or, going back further, Bulletstorm‘s. Vault Hunters can now slide across the ground, mantle up ledges, and kick elemental barrels at enemies. It’s stylish and free-flowing in all the right ways. It feels as if Gearbox wants to discourage players strafing behind cover, rather pushing them toward the action. It makes sense from a design perspective; the Fight for Your Life / Second Wind mechanic is exciting and tense and unique, and it comes into play much more regularly when you’re actually near the enemies. And, if all else fails, the NPCs can revive you now.

All this combat, naturally, culminates in the boss fights. Gearbox promises more boss battles than ever before. The few we’ve seen have been neat. Hands-off, we were shown a fight against a propaganda cog named Mouthpiece: There’s a speaker/audio component to reflect his personality. During our hands-on time, we take on an AI brain in a jar called Gigamind. Another nice little touch: Defeated bosses drop their own weapons as loot, leading to a lot more opportunity for unique shooting. 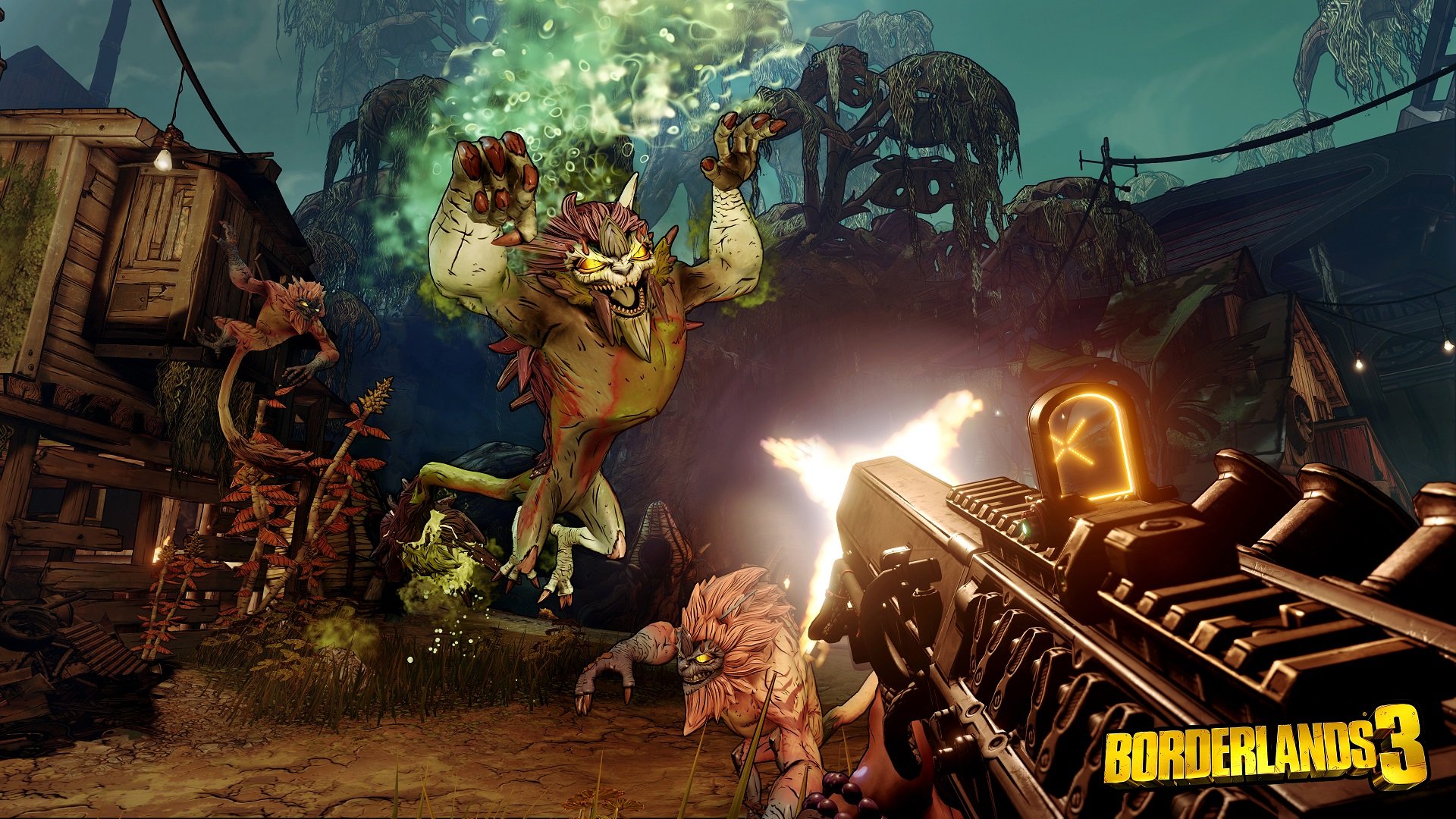 There may not be a place in all of Borderlands 3 with more “Oh, yeah!” moments than aboard the Sanctuary III. Because this game is about interplanetary travel, the Sanctuary III is the spaceship that serves as a hub area. It conjures memories of Mass Effect‘s Normandy, the way it splinters off into a million different areas all with their own purpose. There are so many familiar faces aboard too. Mad Moxxi, Maya, Tannis, Marcus — that just scratches the surface. It’s obvious Gearbox wants to bring as many old characters along for the ride as it possibly can.

During one of the opening missions, Claptrap exclaims “On Pandora, it’s actually super weird if something isn’t exploding.” He’s… right. From the hour we’ve played Borderlands 3, it’s clear that Gearbox put considerable care into making sure this game explodes bigger and better. Everything is ratcheted up — from the violence to the locations to the characters to the abilities. Maybe excess isn’t always an improvement, and maybe it isn’t always a positive; it is in this case though. Gearbox amplifying what made Borderlands special a decade ago seems to have molded Borderlands 3 into a game that will be worth playing all these years later. Call us believers in the Cult of the Vault.

[Disclaimer: Travel and lodging to this Borderlands 3 preview event were provided by 2K Games.]