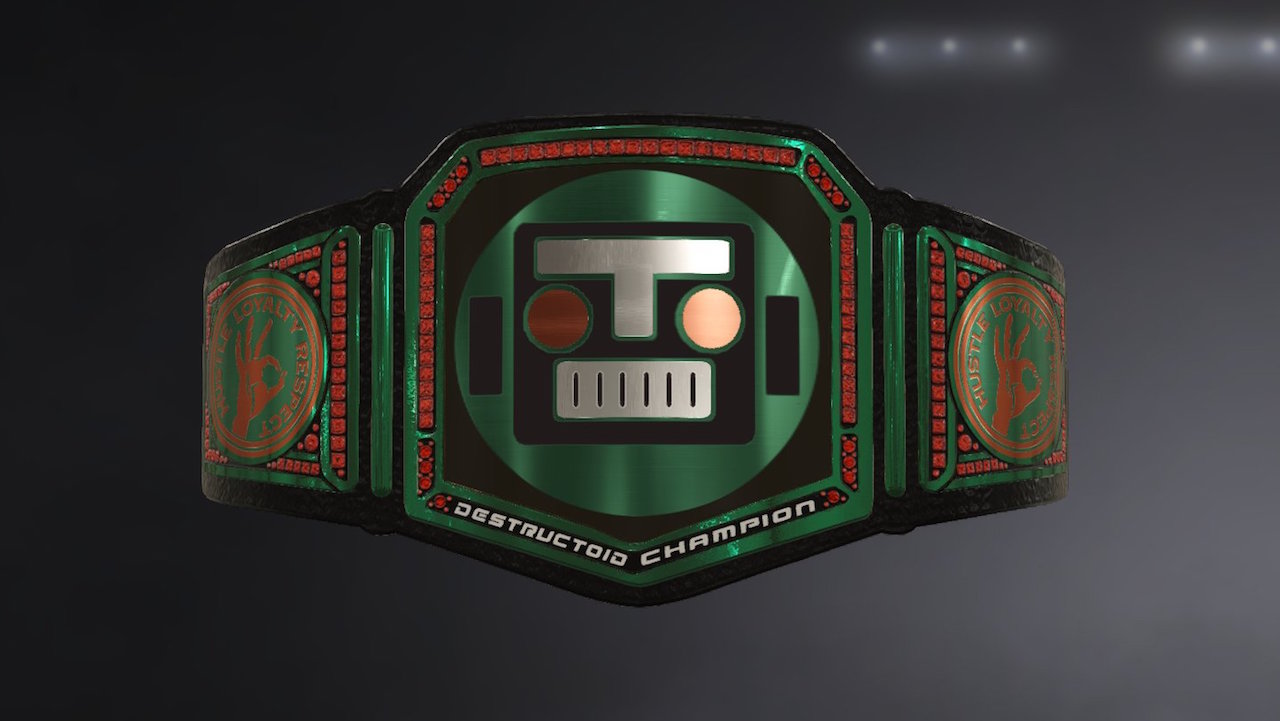 In honor of WrestleMania weekend

Good news, Destructoid community: it’s WrestleMania week! For the uninitiated, WrestleMania is basically the season finale of wrestling. It’s the biggest WWE show of the year, where the company (ostensibly) brings long-gestating storylines to a close in as spectacular a fashion as possible. Sometimes that works out, sometimes it doesn’t.

In honor of the Show of Shows’ thirty-third anniversary, myself and Destructoid vape criminal Myles Cox will be taping installments of the first annual Destructoid Wrestling Tournament very soon. It’s an eight-man tournament, where virtual representations of video game personalities like Destructoid’s Zack Furniss will duke it out in a virtual ring. The prize? The Destructoid Championship (pictured above), which is more than just a create-a-championship I made in WWE 2K17. If the winner has a reasonably available shipping address, I will paint a WWE toy belt green and sent it to them. I’m not joking — bragging rights and a $20 toy that I will deface are on the line here.

Although we’ll be focusing on Destructoid-centric personalities, of course we’d like to hear from the community as well! If there’s somebody from Destructoid alumni or the games industry you desperately want to see in this tournament, post their names in the comments below! We’ll use an undetermined scientific method to nail down the roster, which is currently very much in flux. Hell, if somebody in the Dtoid community has a killer create-a-wrestler they’d like to see featured, that would be even better!

Episodes of the First Annual Destructoid Wrestling Tournament will be pre-taped and are set to premiere on Destructoid’s YouTube channel, but if there’s enough interest, we might run the final episode live on Twitch!

(If you have a creation from a different WWE game that you’d like to use, sorry, WWE 2K17 is the only game we have. Also, the Destructoid Championship will be uploaded to the 2K17 servers as soon as possible if that’s something you’re into.)