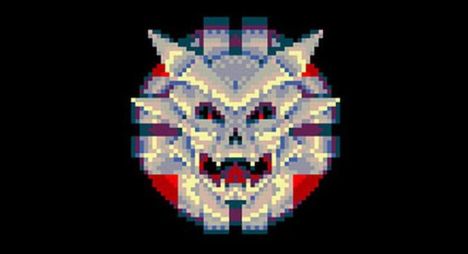 Anyone who has spent a significant amount of time playing Sinistar understands how a few mere words can turn an enjoyable, if somewhat stressful, few minutes of gameplay into a downright terrifying experience. “Beware, I live!”, Sinistar bellows. Having taken too much time to accumulate the necessary crystals to charge the Sinibombs, the player now has to deal with a living, breathing, ship-eating incarnation of the titular character.

Sinistar is terrifying. Sinistar is deadly. Sinistar is a really goddamn fun boss fight, and the entire game is built around just how enjoyable it is to fight him, putting it in its own genre: the bossfight game.

With that in mind, why don’t we see more games taking cues from Sinistar? Modern games have built off Pac-Man, Space Invaders, and Super Mario Bros. in countless ways, yet a wholly imaginative, boss-centric game, Sinistar, remains one of the few of its kind.

Why don’t we have more games that just revolve around fighting bosses? Why is it that 99% of the time, bosses are just plopped into games to break up the pace and reward the player for making it through a collection of stages?

Hit the jump as I try to further explain what the hell I’m talking about.

In 1982, Sinistar proved you could build an entire game around one multilayered, exciting boss fight. With several small exceptions, this idea has never really been followed up on.

The first exception, and the one which I must now give in and admit will be mentioned in every single goddamn article I ever write, is Shadow of the Colossus.

Yet, as interesting and incredibly deep as these boss fights are, the boss fights still conform to a reasonably familiar means of implementation in the overall game. You kill a boss, you ride around for a while and find the next boss, then you kill it. Repeat. While Shadow of the Colossus goes against the grain by refusing to fill those little in-between parts with other battles against easily-killed minions, the game structure still revolves around boss fights followed by boss-unrelated tasks, like running through forests or climbing mountains. 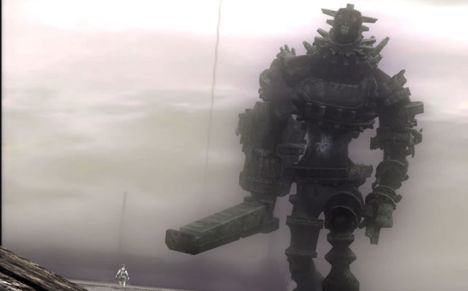 While Sinistar frequently forced the player to do things other than just shooting bombs at the title character, it managed to perfectly tie these other tasks into the main boss gameplay. Why are you shooting at asteroids and other, smaller spaceships? To collect crystals. Why are you collecting crystals? Because without them, you can’t create Sinibombs and destroy Sinistar. What happens if you take too long to get the necessary Sinibombs? Sinistar, the always-present villain, awakens, and you’re in for a hellishly tough boss fight. In Shadow of the Colossus, the player runs around and does other things, then fights a boss — in Sinistar, no matter what the player is doing, their ultimate efforts still revolve entirely around destroying Sinistar.

Sinistar‘s concept is executed so damn well that one might assume it to have birthed a genre unto itself: as Space Invaders formed the first step of the action shooter, as Donkey Kong represented some of the first steps for the platforming genre, so too might Sinistar have birthed a whole slew of games centering around the destruction of one or several incredibly powerful enemies.

Really, it almost seems like a no-brainer. As gamers, we love boss fights. They’re epic, they’re climactic, and they give us an opponent of equal or greater skill and deadliness to ourselves. When compared against the easily-dispatched baddies who precede them, or even when just compared against the abilities of the protagonist, bosses are enemies we can truly fear and respect. Why not devote an entire game to them? 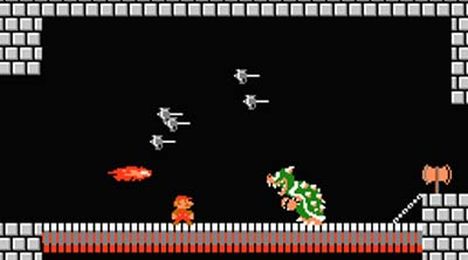 But for whatever reason — lack of imagination, audience, or skill — bosses are used in the exact same way 99% of the time. “You beat a few levels,” the game says. “Here, fight this boss as a reward.” They are a diversion to, or a method of breaking up, the “real” gameplay.

There is, however, one game which does follow Sinistar‘s example, to a degree. Though it’s just a simple flash game with only a few levels, it manages to frequently change up its gameplay while still maintaining core bossfight gameplay.

It’s called Cunt. Before you rush to click the link, know that the name isn’t ironic: the player controls a penis, which shoots white balls of something at a giant, anthropomorphized, spherical vagina.

This is the only work-safe screenshot from the game in known existence. 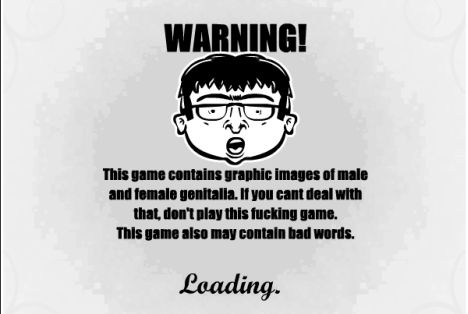 Visuals and title aside, though, Cunt is a satisfying game. Each level consists only of the player and the boss, who takes up about half the screen. The player can rotate 360 degrees around the boss, who periodically spawns little creatures and stationary turrets that harm the player. Each level ends when the player drains the boss’s life bar and, in an explosion of blood and other bodily fluids, the boss switches into a new form with new abilities (wait until you get to the Menopause boss).

The game is always about killing the boss, yet by grabbing powerups and avoiding the new attacks and enemies, Cunt is a fun diversion.* It’s not fantastic, by any means — the bosses can only be damaged in one area, and there’s not enough difference in attack pattern or player strategy from stage to stage — but it, like Sinistar, shows what fun can be had by developing the gameplay around a boss fight, rather than vice versa.

Will we ever see an heir to the Sinistar throne? Will boss fights ever be treated as more than just fun little activities in between levels? I don’t know. I definitely know I’d like to see the boss fight explored more deeply. 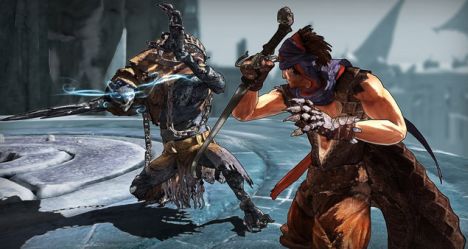 I’m very interested to see how Prince of Persia‘s attitude toward combat pans out: allegedly, the player will very rarely be fighting more than one opponent at a time, meaning those fights will feel more like lengthy duels than simple stab-and-run ordeals. If these battles feel sufficiently difficult, Prince of Persia could very well be the next bossfight game.

Until then, at least, I’ll just keep fighting Sinistar.

I stupidly forgot about Warning Forever — thank you, Ke1nTrinkwasser, for reminding me. In its own way, Warning Forever is maybe the purest bossfight game ever made: the entire game is just a series of boss fights without minions or filler, and every successive boss dynamically changes its loadout and attack habits to counter the strategies you used to defeat the boss before it.

It plays differently every time, is full of epic and difficult battles, and is damned satisfying. A badass, contemporary bossfight game if there ever was one.