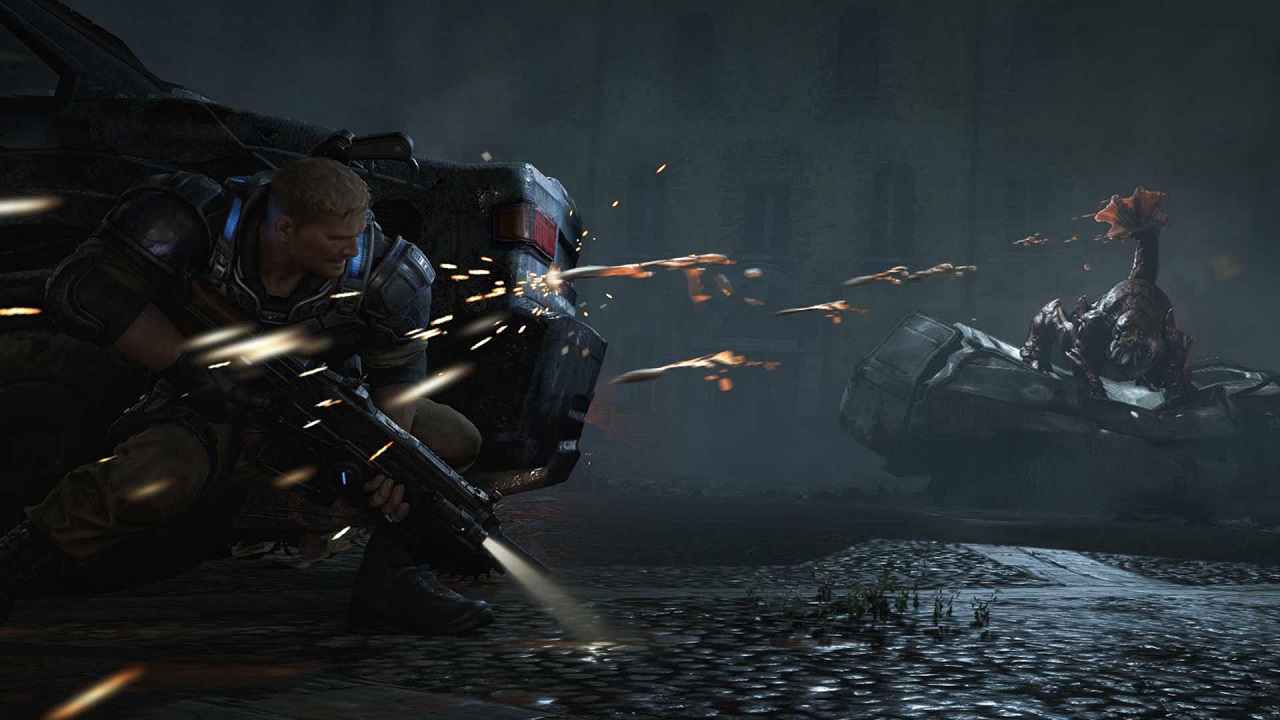 There’s a good chance that we’ll be fragging Locusts and rolling into chest-high walls a bit earlier this year than we thought. Microsoft has stealthily moved the launch window for Gears of War 4 up by a month or two.

As reported by GameSpot, Microsoft is now saying that Gears 4 will release in “Fall 2016.” Previously, it was set for “Holiday 2016.” The two might seem synonymous, but the former smacks more of September or October, while the latter is more fit for November or December. Regardless, it’ll be toward the tail-end of this year.

By the time that rolls around, we’ll have a fair idea of what Gears 4 has to offer. There’s still going to be a beta sometime this spring. Currently, it’s available to everyone who played Gears of War Ultimate Edition, but it’ll likely open up to more people eventually, as these things tend to do.

We’ve heard very little about Gears of War 4 to this point, but expect that to change very soon. Microsoft seems to be betting big on The Coalition’s first original title, as it’s poised to be the most alluring first-party Xbox One exclusive of 2016. Just wait until that marketing cycle ramps up to full speed, and there will likely be a steady flow of new details and reveals.

Could we be seeing a Gears of War 4 MP reveal this weekend? [NeoGAF via GameSpot]