Is it as evil as people say?

When I originally reported on Chinese holding company Tencent’s purchase of League of Legends developer Riot Games, I let you all down. I spent time looking into Tencent’s numerous endeavors, but it appears I only scratched the surface. As of writing, the top comment on my story is a link to an Extra Credits video that exposes a system by the name of “Sesame Credit.”

The video picks apart Sesame Credit, a supposed collaboration between Tencent and Chinese eBay equivalent Alibaba, revealing a number of ugly hypotheticals. The system, as laid out by the Extra Credits team, is a hybrid between a financial credit score and the social credit app from that one episode of Community; be a good Chinese citizen and your score goes up, giving you more privileges as a result. The video also claims that the system will be mandatory by the year 2020. If this is true, my initial appraisal of the purchase was missing an enormous variable.

Here’s the rub (and the reason why I’m not just writing an article on Sesame Credit). Shortly after the video was posted in the comments, we received a comment from a Chinese citizen debunking many of Extra Credits’ claims. It makes the system appear toothless — and even complicates matters by separating Tencent from Alibaba. So, like an episode of Serial, I’m going to lay out everything I know about this story in the hopes of figuring out just who owns one of the biggest video games in the world. We’re going to put our hands on every part of this elephant, or die trying.

Before we can break down the impact that Sesame Credit could have on Riot Games (and I believe such an impact is plausible), we have to come to an understanding regarding the system.

According to Extra Credits: “The owners of China’s biggest social networks have partnered with the government to create something akin to the US credit score. They dredge data from your social networks, so post something about the recent stock market crash and your score goes down. Post something from the state-sponsored news agency about how good the economy’s doing, and your score goes up. But Alibaba and Tencent are also the largest retailers in China, so Sesame Credit is also able to pull data from your purchases.”

There are benefits for high scores, and the possibility of consequences for low-scoring citizens — as is the case with the American credit score. The system also notifies you of social media friends with low scores, and will lower your own score just for associating. Extra Credits paints a bleak, dystopian picture — but Destructoid user Nonymous believes it’s not quite as bad as some think.

We can look at a comment like this, deflating fears about the Chinese government, and assume we have a propaganda official in the mix, but I’m going with the simplest explanation on this one — people from China definitely visit this site, and comment sections are 50% corrections anyway. Nonymous claims Tencent and Alibaba are just one of eight companies working on credit systems at the behest of the government in the hopes of cleaning up China’s banking system.

“Alibaba created Sesame Credit, and while it does factor in purchases, it’s explicitly stated to not factor in Social Media or who your friends are. It does factor in things like professional conduct, or crimes, or fiscal responsibility,” our mystery Dtoider said. “Tencent’s system, conversely, is just plain evil, as it does factor in social media. Judging by the wealth of news articles about Alibaba’s system in favor of Tencent’s systems, nobody appears to be using Tencent’s system. This is good, because their system is quite literally the devil, and I don’t think that it’ll be chosen.”

That last sentence is particularly interesting, because it not only implies China might avoid Tencent’s system altogether, but also that six other companies are in the mix as well — possibly working on systems that score citizens exclusively on monetary factors. 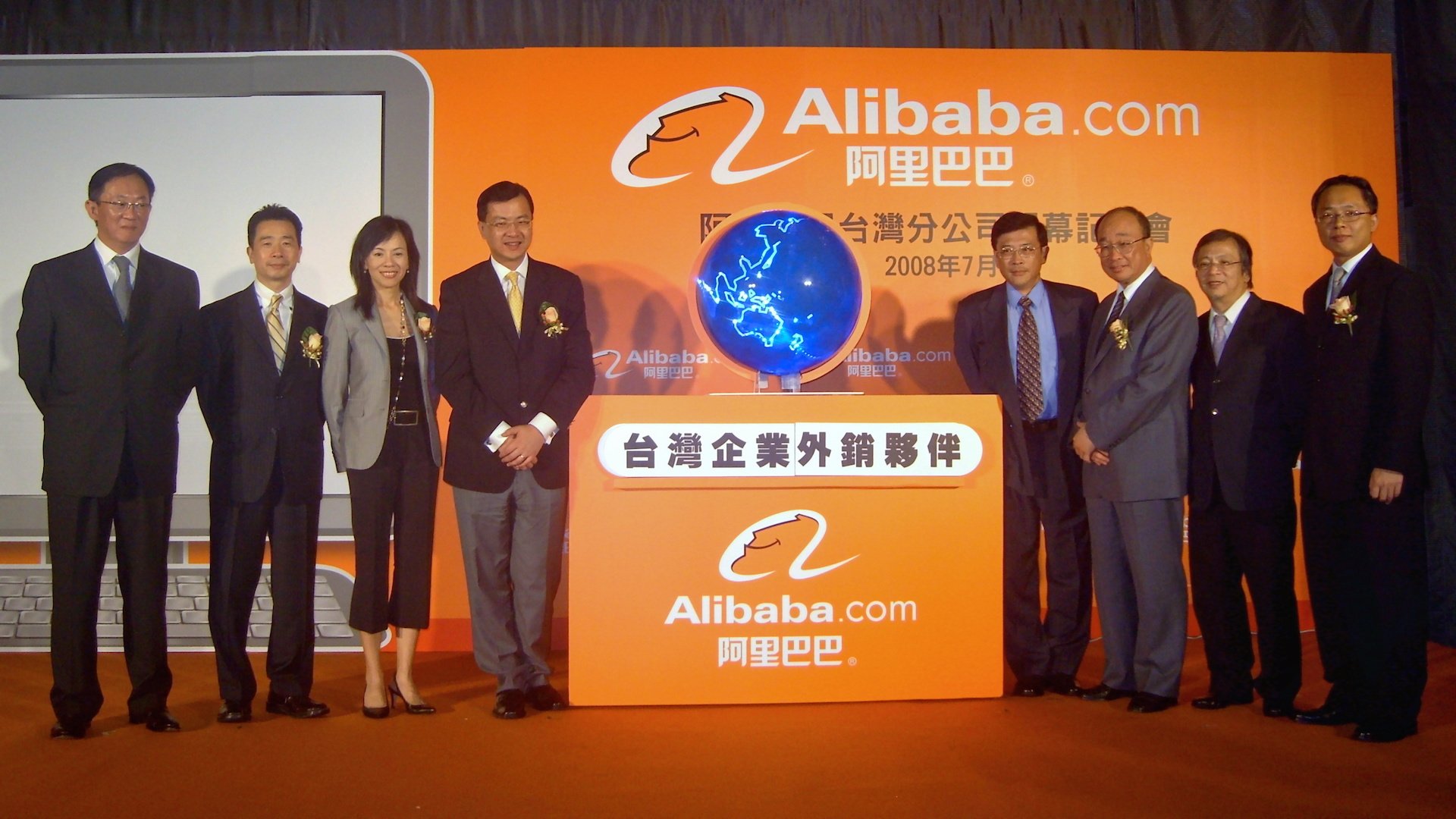 Nonymous’ comment is supplemented by this article from Tech in Asia, and even adds a new wrinkle entirely. The site makes no mention of eight separate companies, but does draw a distinction between Tencent and Alibaba, and throws a third hat in the ring: China itself.

According to Tech in Asia editor Charlie Custer, the oft-mentioned government-mandated credit system, set to be implemented in 2020, is developed by the government itself. Tech in Asia, along with Wired, cite a document mirrored on a WordPress blog published by Oxford scholar Rogier Creemers. We’ve been unable to verify the document’s veracity, and are currently waiting on comment from Creemers. Chinese newspaper Caixin, conversely, verifies the “eight companies” idea, but makes no mention of a government-mandated score.

This is where Tencent comes in. Everything I’ve been able to find on Tencent’s credit system (including Nonymous’ comment) indicates that Tencent is the one people should be worried about.

“Alibaba’s rating is more based on people’s online shopping behavior while Tencent’s based on social networks. It is likely that the two will come up with different ratings for the same person,” analyst Wang Weidong said in a comment to China Daily. “The credit rating service can help Tencent leverage its massive social networking data, commercialize it, and eventually boost its income.”

So, based on every article I’ve read, and the information collated above, here’s what I feel comfortable believing: Tencent is making a social credit system, but one that is entirely separate from Alibaba’s (aka Sesame Credit); Sesame Credit factors social elements, but is primarily financial in nature, and Tencent’s credit rating is based on the “quality” of citizens’ social networks. 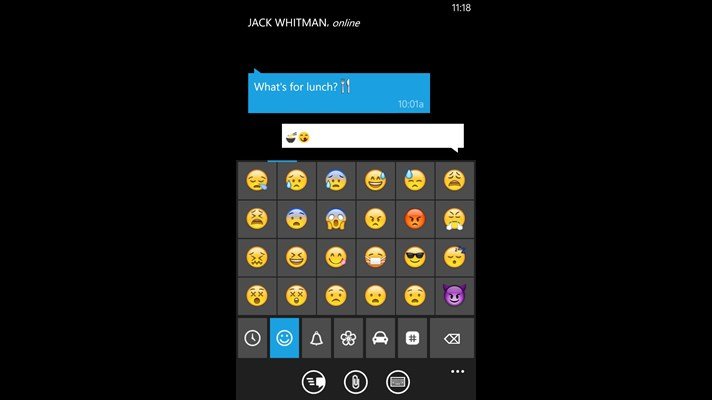 My next port of call for this story wasn’t a news article, but a personal friend, who I will refer to as “Jay.” She’s from China, and is certainly familiar with Tencent’s products, especially messenger app WeChat. “I barely send text messages in China because a lot of people use WeChat to contact each other,” Jay said in an interview. WeChat also has traditional social hooks similar to Facebook or Twitter, where users can update their status — another social credit variable.

Jay is skeptical about Tencent’s ability to track financial information. Tencent has an enormous amount of users who use the company’s online payment system, but the purchases made through that system don’t account for much of the average citizen’s spending habits. However, that could easily change. Tencent recently implemented an Apple Pay-esque feature for WeChat, where users can use funds in their WeChat wallet to pay their bill in physical stores like Carrefour — one of the largest retail chains in the world.

Not to force video games into this wide-reaching discussion, but should Tencent’s system defy expectations and take off, this could have negative repercussions for League of Legends. Alibaba’s rival credit system labels people who play video games for ten hours or more as “idle,” while Tencent owns one of the most popular free-to-play games in the world. Under Tencent’s system, would citizens be thus incentivized to make frequent LoL purchases, since they are technically supporting a Chinese business? Or would Tencent be forced to disown its recent acquisition in favor of making its system appear more productive, edging out the competition?

I am not a Chinese citizen. Unless something drastic changes in the immediate future, I likely never will be. As a result, there will always be holes in my understanding of this story, but I hope I’ve put together a fairly comprehensive look at the controversy surrounding the folks who now own a massively influential company and its iconic product. If you have any questions, corrections, or first-hand experience, my door is always open.