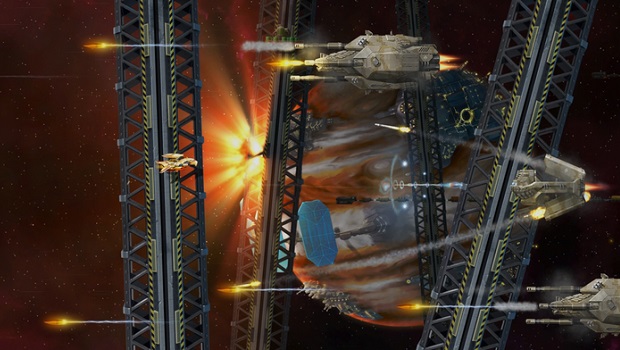 Bonelss or not, these Chickens will hunt you down!

Humans Must Answer is an indie shmup where you control a ship piloted by sentient chickens in the far-flung future. Ok, so you’ve got me hooked with the concept at least. The guys behind this craziness are Sumon Games, who were former GSC Game World staff. This is their debut game and despite being almost finished, they’re looking for £5,000 for extra polishing time.

Sumon Games is describing the Kickstarter as “low-risk,” and Humans Must Answer is on Steam Greenlight already. To sweeten the deal for any new backers, they’re offering a £7 tier reward that includes two other shmups: Rhythm Destruction and Syder Arcade. I like this kind of reward where you will actually get some games but I expect Humans Must Answer will see the light of day soon, regardless of the success of this Kickstarter.