I laughed, I cringed, I gasped in horror

If everybody was super happy all the time, the world would be a better place, right? But what if that happiness was forced upon society in the form of a drug? Things may not actually be as pleasant as they seem.

Compulsion Games’ We Happy Few takes place in 1960s dystopian England. Most people get by on Joy, a drug that induces happiness. Those who do not take Joy are known as Downers. You are a Downer, and as such, you are cast out of the village and sent to a place with others like yourself, who are similarly psychotic. The story, complete with fully voiced cutscenes and plenty of lore to glean from the surroundings, is heavily inspired by the novel 1984, and the film Brazil, both of which explore similar themes. 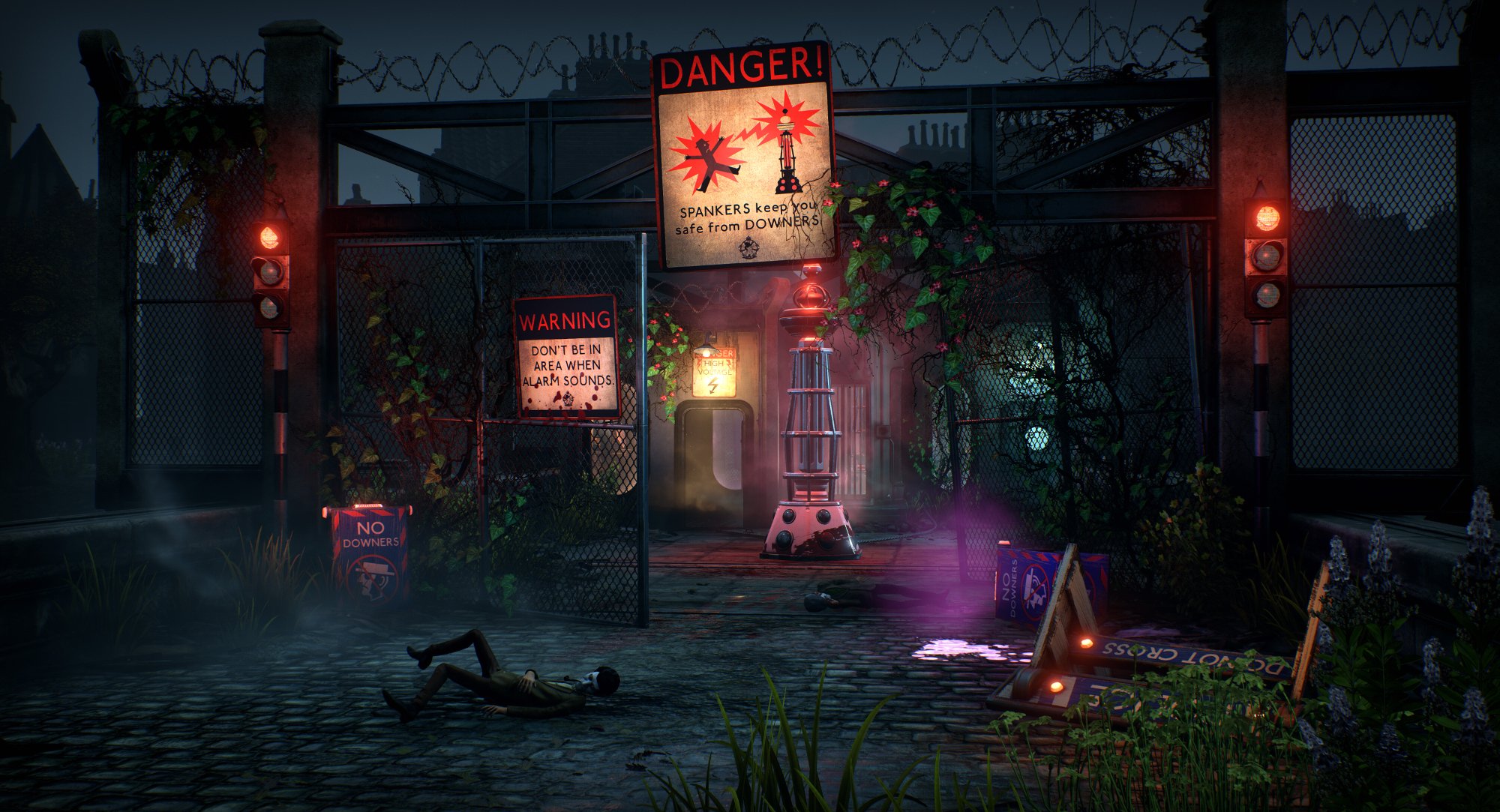 For the most part, the world of the game is procedurally generated, with the exception of some story-related set pieces. The layout of towns will be different for each player, but the goals are the same. You must escape the city by any means necessary: avoiding suspicion, blending in with others, resorting to violence, or whatever else you wish to do. If you trust the strange characters you encounter, then you can follow through with their instructions and see what happens. Otherwise, feel free to ignore them and do your own thing to see how that works out. Choice is perhaps the most important component at play here.

Even simple things like disarming traps can come with a lot of choices. Take the tripwires, for example; there are special tools which can disable them, but if those tools are nowhere to be found, there are alternative methods such as chucking some trash around to set off the tripwires from a safe distance, or if you’re feeling skilled enough, you could simply jump over or crawl under them (provided you are not as clumsy about it as I was). I may or may not have set off an embarrassing amount of tripwires, severely injuring myself while the developers assured me that I could, in fact, jump over them.

The most fun to be had comes from interacting with your fellow humans. People seem friendly enough at first, and they might just stay that way depending on how you treat them. But cross them even once, and they could become quite aggressive. Luckily, there are plenty of objects at your disposal to deal with unruly citizens.

With a bit of exploration, you’ll eventually acquire an impressive arsenal of interesting weapons. These can range from lead pipes and electrified clubs to crazy things like vomit bombs, which will cause anyone in the vicinity to begin retching uncontrollably, allowing you to pass by unnoticed. Other items might cause people to become rabidly aggressive and begin attacking each other. My favorite was an item called Dick the Naughty Duck, a deceptively cute toy duck that attracts the attention of passersby, leading them away before exploding in their faces.

Or, if you don’t wish to fight anymore, there are other options to deal with dangerous folk. Perhaps you could try sitting down at a bench and opening up a newspaper, pretending as though you never started any trouble at all and hoping your enemies will just pass right on by. 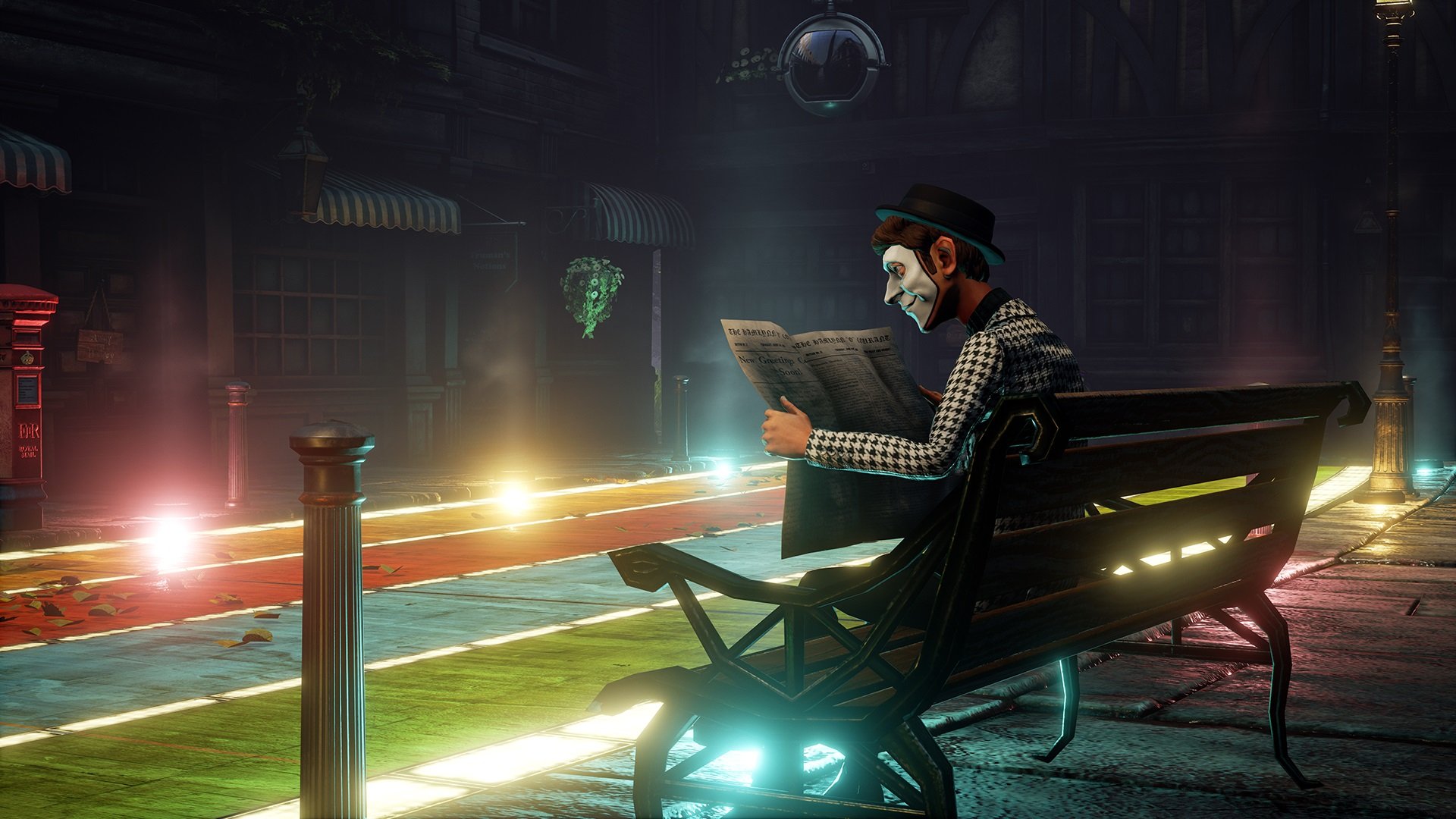 Aside from weapons, there are many other items to help manage your various stats, such as health, hunger, thirst, fatigue, and so forth. Everything you pick up is stored in a case with limited space, and can be rearranged to fit more in, in a manner similar to Resident Evil 4.

More items can be obtained through crafting after recipes are learned by reading books. You can even find those Joy pills you detest so much. Pop one of those bad boys, and the world will become noticeably brighter as you walk around with a skip in your step to a jaunty tune, waving at all the smiling people you pass by.

Everything I came across during the demo piqued my curiosity and made me want to learn more about this strange place. There’s an interesting mix of sickly cheerful and depressingly grim themes throughout. One moment I’m disposing of a suicide victim’s body, and the next I’m cruising down a colorful street full of smiling people jumping in puddles like children. Do I join in on their jovial behavior, or bash their heads in right then and there? Somehow, either option sounds equally appealing.

There are so many strange and interesting things to discover in We Happy Few, but I wouldn’t want to spoil too much of it. A lot of the joy I found came from testing things out to see what kind of havoc I could create, or how I could get myself out of trouble.

While a solid release date is yet to be decided, We Happy Few should be coming to Steam Early Access and the Xbox Game Preview program later this year.