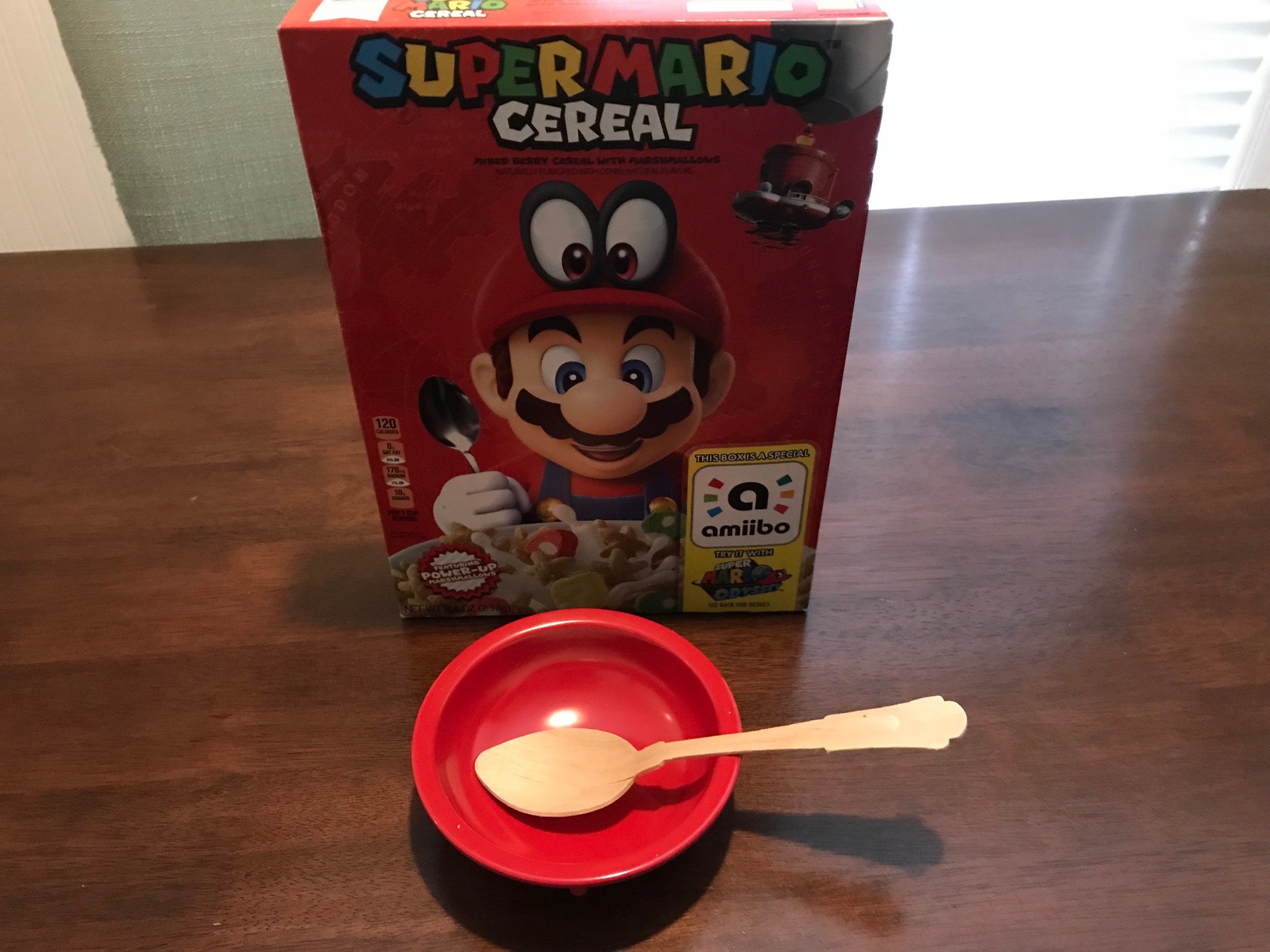 It’s a tiny chip in the box

Wait, a cereal and an amiibo? Yeah, it’s a two-in-one type of deal, with a tiny interaction with Super Mario Odyssey on Switch. How tiny? Well I’ll let you watch the below video of me earning two coins from it to judge (a heart is also possible). In my tests I unlocked one to three coins or a heart, and I could use it as often as I wanted. You can also scan the “delicious amiibo” at Uncle amiibo for an extra Power Moon finder.

As for the box itself it’s fairly standard, but on the very back corner you’ll find a “scan me” section that’s unique to this brand of cereal. You just have to hold the NFC chip up to the scanner (which is a little annoying on the Pro Controller since it doesn’t have a raised area to scan it on) after pressing down on the right d-pad button, and you’re good to go. The actual chip is found on the inside of the box, not anywhere on the cereal packaging.

That’s literally it. It’s a small feature I know (to the delight of folks who dislike how prevalent amiibo unlocks are), but since some people were interested in the inner workings of the box and what the chip actually did, I figured I’d share! The cereal will be out “as early as December 11” according to Nintendo.