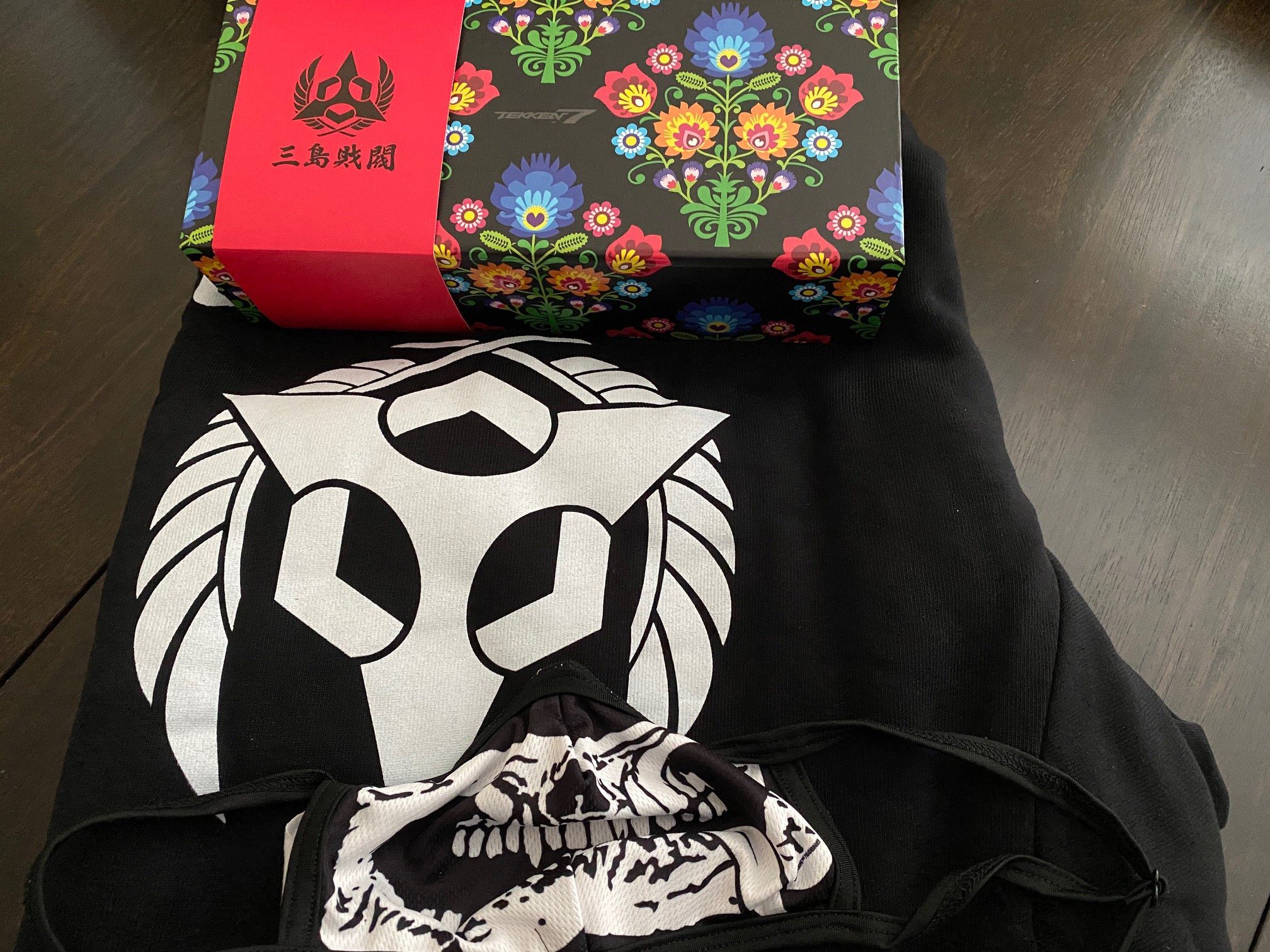 Tekken 7 is still trucking after a 2017 PC and console release, and at six million units sold by the end of last year, Bandai Namco isn’t interested in abandoning it. That includes more and more DLC fighters as the months go by, including the new Polish Prime Minister tease. 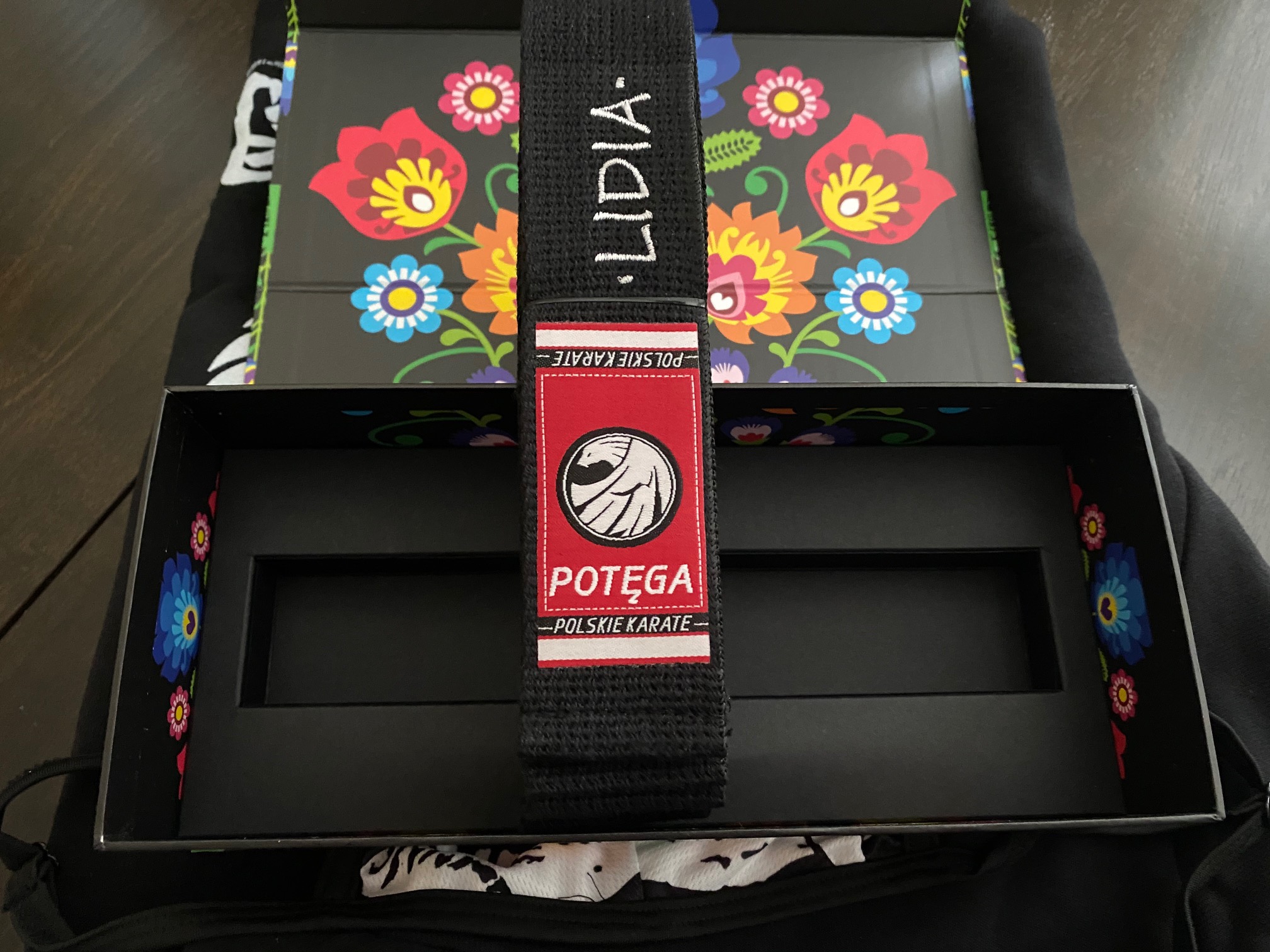 Although the character has all but been revealed due to a recent leak, Bandai Namco sent us a little kit for Tekken 7, welcoming the newcomer into the fold.

It came with a sweatshirt and a little box, which had a belt and a note on it, addressed to “The Right Honorable Lidia Sobieska, Prime Minister of the Republic of Poland, Warsaw.“ 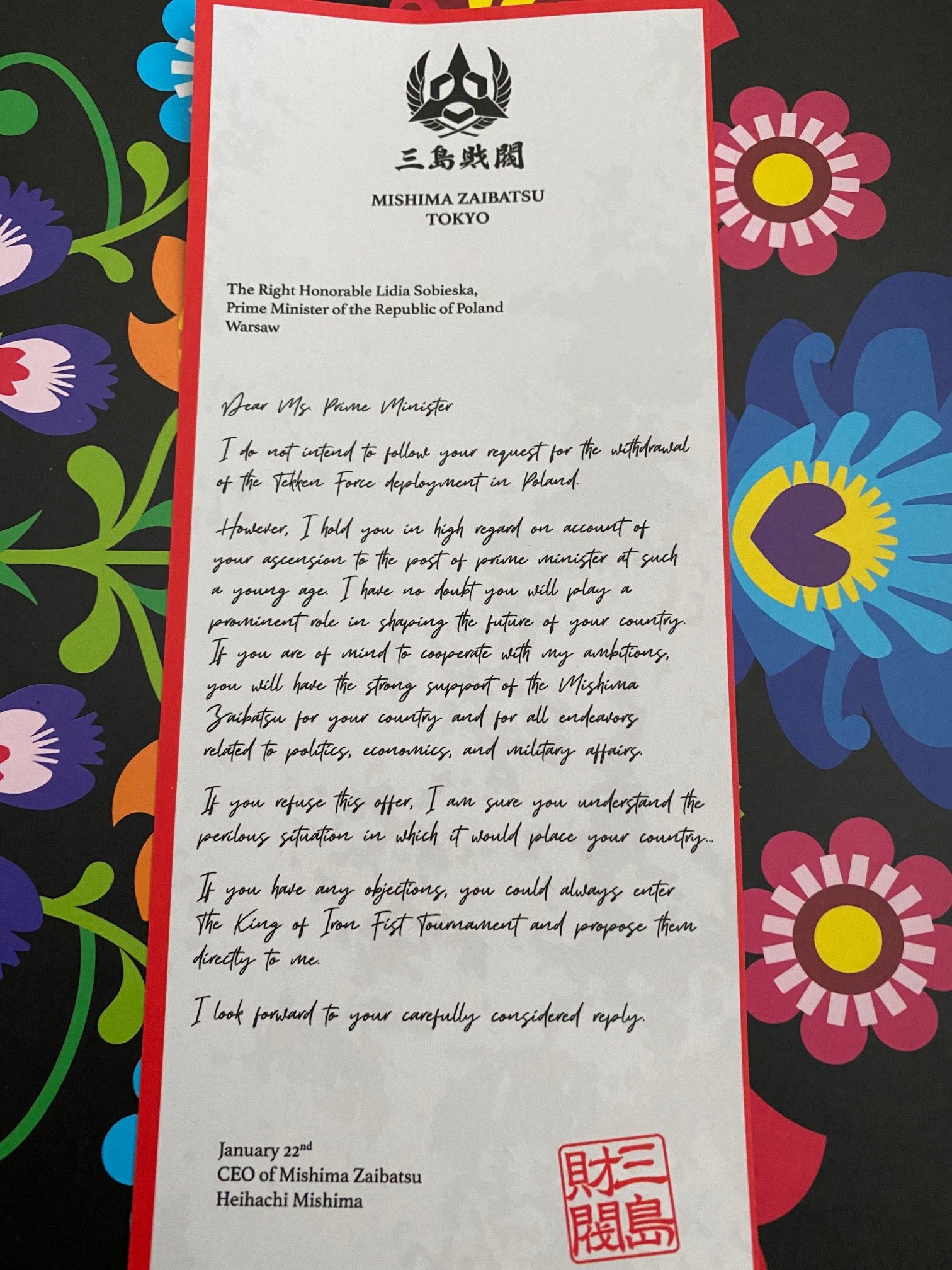 Here’s the contents of the note, in full:

Dear Ms. Prime Minister. I do not intend to follow your request for the withdrawal of the Tekken Force deployment in Poland. However, I hold you in high regard on account of your ascension to the post of prime minister at such a young age. I have no doubt you will play a prominent role in shaping the future of your country. If you are of the mind to cooperate with my ambitions, you will have the strong support of the Mishima Zaibatsu for your country and all of the endeavors related to politics, economics, and military affairs.

If you refuse this offer, I am sure you understand the perilous situation in which it would place your country.

If you have any objections, you could always enter the King of the Iron Fist Tournament and propose them directly to me.

I look forward to your carefully considered reply.

The idea of Heihachi sitting down with his reading glasses, writing a thinly veiled threat on stationary is hilarious to me, but it also shows that we’re one step closer to seeing the Prime Minister in action on the battlefield.