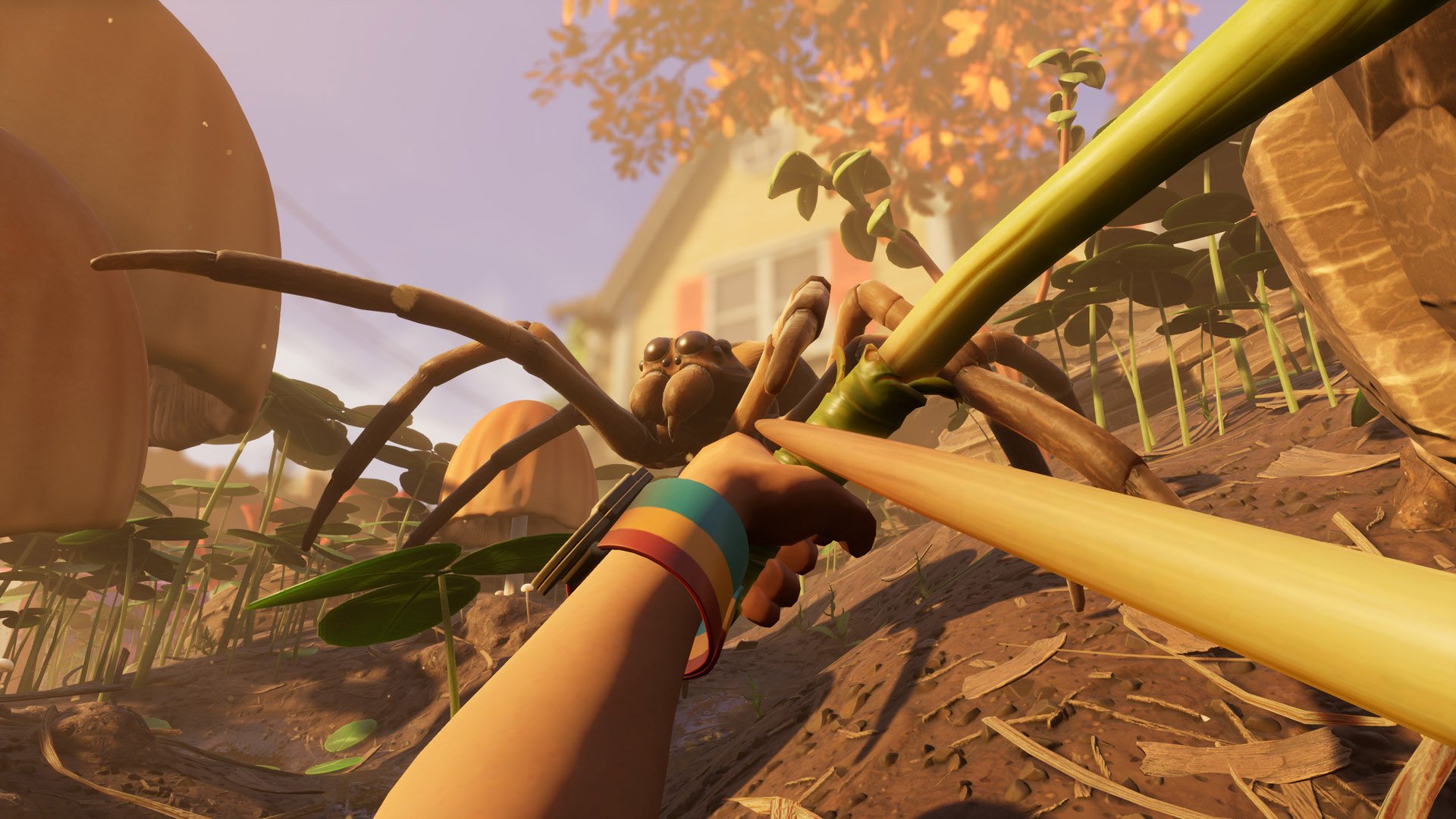 We built walls from blades of grass. The spiders tore them down. We constructed weapons and went to battle. The spiders defeated us with little effort. We fled to a new home. The spiders just followed us.

Honestly, the spiders in Grounded are straight-up assholes and as someone who already hates spiders to begin with, Obsidian Entertainment isn’t changing that opinion anytime soon.

Justin and I spent the weekend sight-seeing and exploring the backyard of Grounded in online co-op for this Early Access impressions video. We saw everything from beautiful giant blueberry bushes and peaceful ladybugs, to even a gigantic Battletoads figure! There’s plenty to see in Grounded, but you have to be vigilant while exploring because spiders are always down to ruin pretty much everything.

Eight-legged problems aside, I think Grounded has the potential to become my favorite survival game once they’ve added more to do around the backyard. But at the moment, the Early Access version is pretty bare-bones (much like our teenage protagonists’ corpses after the spiders were done with us).

Sit back and enjoy the sights and sounds of Justin and myself sharing our first impressions so far!