A couple weeks ago, I posted my review of SimCity on ScrewAttack. I gave the game a 1/10, which is the lowest I’ve ever scored anything.

That review sparked a surprising amount of controversy amongst one of my roommates who claimed that it was completely unfair not to wait until the problems with the game were fixed and everything had been ironed out. By now, I’m sure he’s sick of me saying this, but I can’t really see the other side of this particular argument.

When Fallout: New Vegas was released, with what was for many, game-breaking bugs, who gave Obsidian the benefit of the doubt? I cannot recall a single instance where anyone ever waited to release a review just so that the developers could finish working out the kinks. Collectively, when someone borks a release, we say, “Tough luck, you should have waited.” Why is anyone expecting an exception for SimCity?

On March 15, I tried to log in and work on some of my cities again, but none of them would load. I know that some people have had a fantastic experience since Maxis and EA have beefed up their server capacity, but clearly for some of us, this system still isn’t functional, and at this point it’s unclear when it ever will be.

I realize that experience isn’t necessarily reflective of those of most players at this stage, but that’s just the point — it’s impossible to account for every possible scenario. As a reviewer I only have my own experiences when I play, and that’s all. Even if I were to go back and re-review it now, I would have no choice but to give it a 1/10. It is still a broken product. 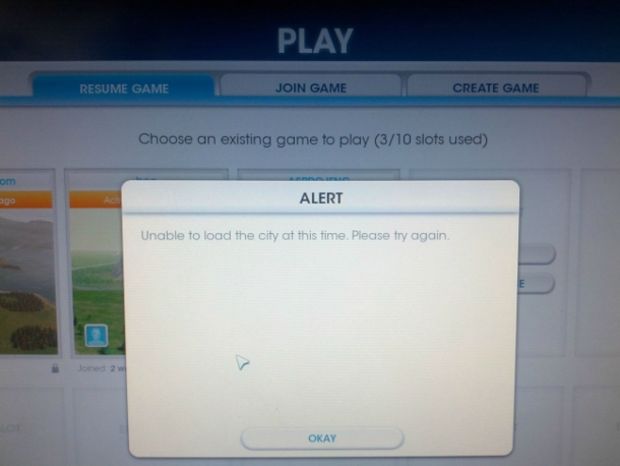 There are some people that don’t believe reviews should be a consumer guide, and that’s actually a perspective to which I am sympathetic. As a general rule, I like to think of reviews as discussion topics. I wait until after I’ve bought, played, and formed my own opinion on a game before I look at any scores or read any reviews. As a general rule, I consider any information about a game to be a spoiler. This way I expect almost nothing and have a fresh mind going into every experience.

I realize however, that that approach isn’t at all common. Many people don’t have the cash to blow on a $60 game at launch and either need to rent, wait for the price to drop, or check out their favorite critics’ thoughts. I get that. I know what it’s like to be a gamer on a budget, and I know how hard it can be to scrounge up the cash for a new release, and it’s for that very reason that I approached the SimCity review in the way that I did.

People who really wanted it, the classic SimCity fans, would buy it no matter what I did. The same is true for the people that want nothing to do with the series. My target audience was the few in the middle, those who weren’t sure about whether the game was worth buying at launch.

I did the best I could to dissuade people that might otherwise sit on their hands for what is at this point, weeks, for the game to be playable while they have nothing to play in the meantime. Did SimCity get better? I’m sure it did for most people, but as of today, I still can’t play the cities I started, and the prospect of creating a whole new region is reason enough to keep me away.

As Jim Sterling said a few days ago, buying games like this at launch is not a good idea. The more that don’t, the clearer the message to EA that such behavior is unacceptable. In that sense, I think I was still able to fulfill my goal of using the review to spark discussion that took place in the comments, on Twitter, and on other sites like NeoGAF.

If an otherwise rational consumer decided after reading my review that they still wanted to buy the game, good for them. I hope they get lucky and I hope they have the best time possible, but at least they did so knowing what was and is still quite likely to happen. They made an informed decision with their money. 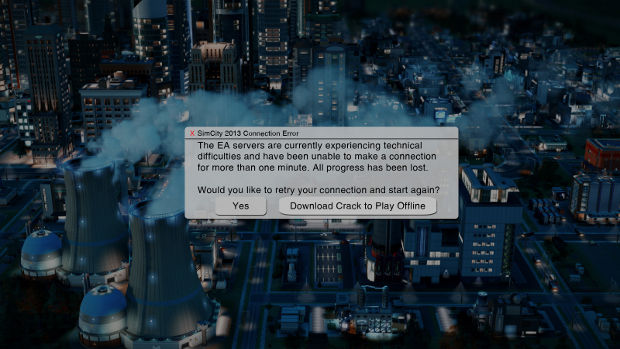 Ultimately, so much of this conversation depends on what you personally think the role of a game critic should be. I can say that I expect an engagement with the actual content of the game, and that I want to know far more than whether or not it looks good or if it has decent controls. If those components are exceptional — going either way — then that warrants a mention, but otherwise I want to know about themes, I want to know what XYZ critic thought about the message, if there is one. I want to hear about how the mechanics reinforce or clash with the core purpose the game, and I want to know if it’s something that’s culturally relevant.

If a critic goes into an in-depth description about how combat works or about the menu system, I’m immediately turned off. Everyone, when writing, should ask themselves “Why does this matter? What is the point of what I’m saying?”

While I’m sure many people have grown rather attached to the current format and structure of reviews, I’ve always figured that one of the reasons that people like Yahtzee are so popular is that they offer something more. He has a very clear point and is remarkably consistent with his approach.

I’m sure some portion of this piece sounds like I’m trying to describe why people should read what I write, and it’s entirely possible that that’s what I’m actually getting at, whether I realize it or not. Consciously, though, I only hope that people find this interesting. I plan on watching the discussion closely and seeing if I can get a better idea of what others prefer to see in their reviews. Maybe I really am in a very small minority.

Maybe I’m operating on a lot of baseless assumptions. I’d like to think, though, that I’m not so far removed from the opinions of most people that I’m completely off here.

So what do you think? Is the role of a critic to provide the seeds for a discussion, are we in the business of creating consumer guides, or is our job something else entirely?