[Update: Oops, sorry about your farm!]

Floyd Mayweather and Manny Pacquiao are going to fight one another today. Any two other names, and it’s a run-of-the-mill weekend where boxing continues to be relegated to the far corner of the public’s peripheral vision.

This match features the two welterweights who are the absolute best at their craft. Everyone’s wanted to see this for a half-decade, but negotiations had constantly stalled because of money, drama, refused blood-testing, and defamation lawsuits.

Yeah, it’s weird, but on Saturday, that’ll all be in the rear-view mirror. These two will finally step in the ring together, because they both decided getting punched a few times is worth the guaranteed $150 million paycheck. When that happens, most of the world will be watching. It’ll still be a sporting event, but it’ll also be a cultural event. Your Facebook and Twitter feeds will be a stream of amateur commentary — “expert” analysis and oh-so-witty jokes. It’ll be just like the Super Bowl, except with a sport that most people wouldn’t profess to having paid any attention to for the past ten years. 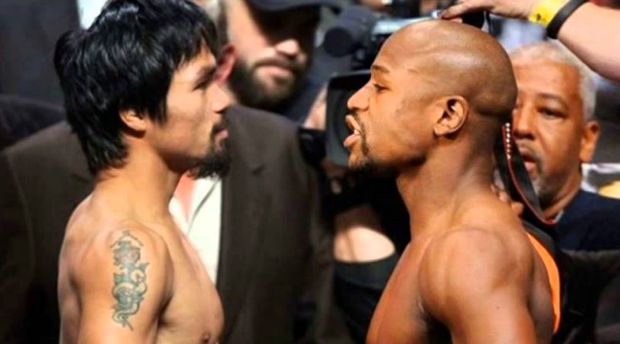 The thing about these kind of events is that they really lend themselves to gambling. The fight’s in Vegas, which will naturally draw a lot of action. But, more important than that, a fair contingent will look to bet because it’s the quickest way to go from interested to invested. Without loss or gain on the line, it’s an occurrence for casual viewing; putting money down makes it personal.

Lucky for you, we have the inside track on any legal (or otherwise) wagering you want to do. Pacquiao wins, but it’s a nail-biter. Plunk down cash now without a fret in your mind. This is as good as gold. We counted your chickens for you.

How do we know? Super Smash Bros. told us. But, it took some science. We set Darren up behind a set of boiling beakers and test tubes. We outfitted Steven in an ill-fitting lab coat. Jordan shouted “We need empirical data, dammit!” over and over again. Chris cried in the corner. Eventually, our sciencing paid off.

The simulation took place between two computerized Little Macs. Since Mayweather and Pacquiao are the best in the world, we cranked their skill levels up to nine. We decked Pacquiao out in red, white, and blue trunks to symbolize the Filipino fighter’s national flag. Mayweather’s in the standard Little Mac garb because it had a lot of green. That’s for money. Because Mayweather likes to throw around a lot of money.

Since the boxers are scheduled for a 12-round match consisting of three-minute rounds, we found it appropriate to let them duke it out in a 36-minute marathon match. No items allowed — just fists of fury. 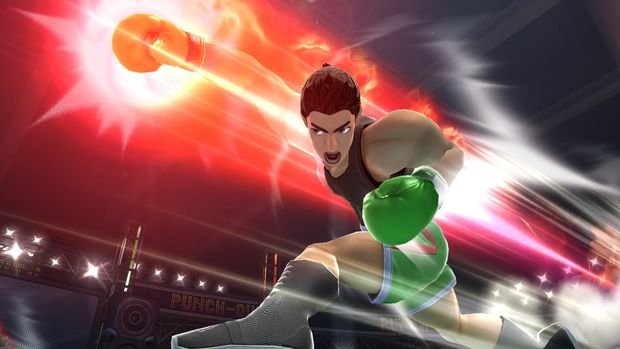 The arena was a source of contention. The boxing ring holds up thematically. However, given what it’s taken to get this fight to happen, Final Destination also seemed appropriate. We were also worried about the extra space in the boxing ring stage. Chances are slim-to-none that Mayweather and Pacquiao will take the brawling up the ramp, much less on top of the lighting rig. Ultimately, we went with the boxing ring. It was just too perfect for these two ferocious fighters.

With all the details squared away (organizing a boxing match is hard!), it was time to get down to action. Pacquiao dealt the first blow as he took the initial stock. However, as one might expect, these skilled combatants went back and forth, no one really gaining an edge.

That trend wouldn’t hold up, though. Before long, Pacquiao pulled out to an eight to five lead, indicating that this might not turn out to be the coin flip we predicted. Mayweather was landing bigger punches, but Pacquiao was sealing stock, which is all that really mattered.

Slowly but surely, Mayweather mounted a comeback. A lot of it was predicated upon rope-bouncing and ramp-fighting. If their well-trained strikes weren’t so form-perfect, you might have mistaken this for a Chicago Street Brawl. 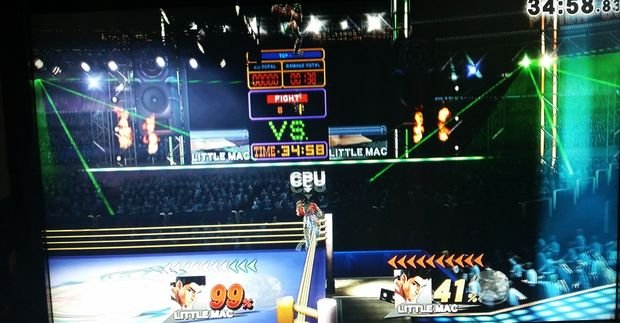 At the 11-minute mark, Pacquiao was suddenly in trouble. He spent more time dodging, ducking, dipping, diving, and dodging than he did fighting. Mayweather was back, and he was landing K.O. after K.O. The tide had officially turned.

Then, each fighter went on a flurry of small streaks. Two stocks here, three there. Time whittled down, and it was impossible to tell who was ahead. No one really outperformed the other noticeably. With 30 seconds left, the lights came crashing down for the first time in the match, but both escaped unscathed.

When the timer hit zero, the announcer held off on declaring a winner, instead booming “SUDDEN DEATH!” Holy shit. Two titans now at 300 percent damage, the next blow cementing both their places in history. There was no predicting what would happen, just the assurance that it would happen quickly.

No more than seconds after sudden death began, it was over. Pacquiao landed a monster upper-cut and Mayweather almost instantaneously disappeared into a flash of light. The long-standing debate over who’s a better fighter had a clear-cut answer. Appropriately, for all the carnage in the extraneous areas of the stage, the match was settled in the ring. 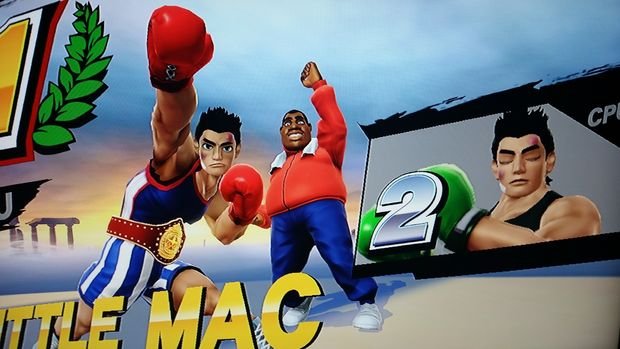 The tale of the tape reflects the close-fought bout. Each fighter took 27 stocks from the other. Mayweather inflicted slightly more damage. Pacquiao landed one percent more of his blows. Although, Pacquiao took the belt, which is the statistic that’s most important.

For posterity’s sake, we also felt it necessary to simulate what would happen in a first to one stock fight. After all, no self-respecting boxer gets knocked out 27 times in one match. Different circumstances, but same outcome. Pacquiao’s the man.

This news comes mere hours before the big fight, but we still implore you to make use of the empirical data. Jordan did too much work shouting to let it go to waste. Go ahead and bet the farm on Pacquiao. If you don’t own a farm, rush out and buy one. Then, bet it. Pacquiao’s leaving Vegas with that belt around his waist — Little Mac has foretold it.