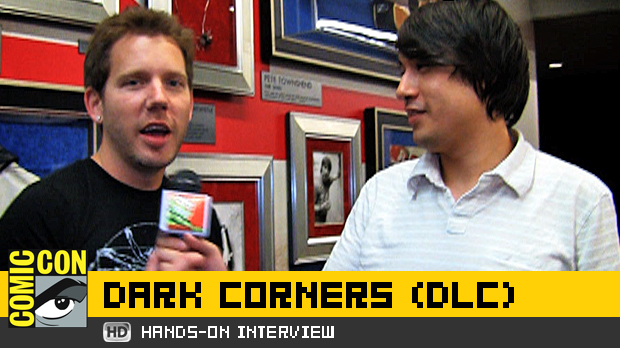 We caught up with Epic Games’ Cliff Bleszinski at a Microsoft function during Comic-con. Well, it wasn’t as much “catching up” as it was an impromptu interview. You see, we had an interview scheduled for the next day, but he had some other things come up. That’s okay, we found time to talk about Gears of War 2‘s newest DLC, Dark Corners anyway. You know, tons of new maps and more single player gameplay — all that. It has dropped on XBLA for 1,200 Microsoft points. Check it all out in the video below.

I tried to call Cliff out on our interview cancellation, as you’ll see in the video. He said that he prefers Kotaku over us as his defense. I do too. Better cake coverage. Cliff, I know where you went that next day. I laughed heartily when a source informed me. I hope that one day I can get to a point where I can cancel my meetings for something like that!

From the Jo-Bros with love. <3

We love Cliffy B, Kotaku, and the Jonas Brothers. Really.