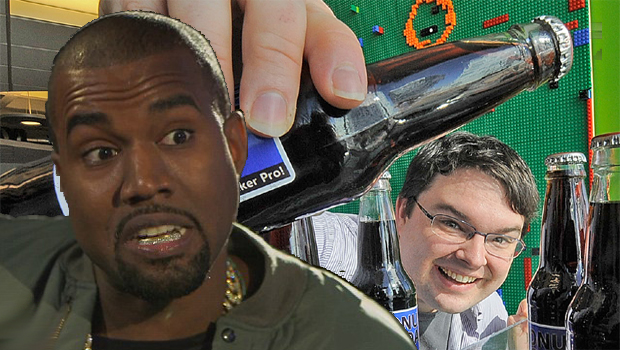 Will Brierly feels good and is good

Kanye West is working on a videogame. Weirder still, this is not Mr. West’s first foray into the world of gaming. He is also a playable character in a game called I Won about throwing gold chains at women and turning them into trophies. As you might expect, there are also several fan games about Kanye, including that silly Kanye’s Twitter Account Simulator and the also-silly Kayne Zone: An Interactive Web Experience.

It almost goes without saying that it is very, very easy to become cynical while contemplating what Kanye’s next game will be like. When making this video, I had to fight back the urges to make “jokes” about pseudo celebrities, charging the stage at the Grammys, delusions of grandeur, and other mean-spirited, well-worn crabby territory.

Luckily for me (and for you, the viewer) I just happened to be talking to Will Brierly (Soda Drinker Pro, My Girl, Vivian Clark) about an exclusive reveal he has planned for PAX East on the day that the Kanye game news hit. I asked Will what he thought of the idea, and gosh darn it, I’m pretty sure that this man actually is a soda. He’s about as sweet and bubbly as they get.

Thanks for talking to us Will, and I hope Kanye is listening. He’d do well to take your canoe idea and run with it.