A Decade of STO

It can be hard to believe, but not that long ago if you wanted to experience a Star Trek story that didn’t involve watching a rerun, Cryptic Studios’ Star Trek Online was your only option.

Thankfully for Trek fans, things have changed since then, and there’s plenty of Trek stuff to go around, including Star Trek: Picard, which aired this week. That said, the game is still going strong and is due to celebrate its tenth anniversary later this month. I dropped a line to Thomas Marrone, a senior member on the STO team, in the hopes of learning more about his job, STO‘s plans for its tenth birthday, and maybe a few hints on if they’re planning some Picard-related crossover content. 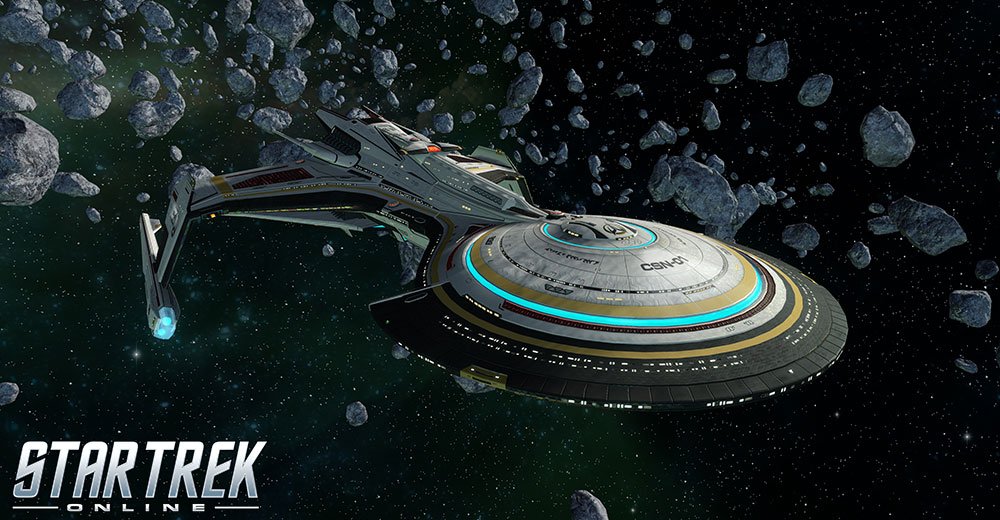 [Note: The interview has been lightly edited for clarity.]

To start off, can you tell us a little bit about yourself and what you do as part of the Star Trek Online team?

Marrone: I’m the lead artist for the Starship, FX and UI art teams on Star Trek Online. I oversee the artists in those three disciplines, as well as creating ship and UI assets myself.

At this point Star Trek Online has hundreds of playable starships, quite a few of which are original designs unique to the game and its setting. Which of those STO originals are you most proud of, and why?

Marron: It’s hard to pick your favorite child! I’ve been working on STO for about nine years and have been working on ships for around half that time. So I’ve directly worked on a lot of ships, but just as Scotty said in the TNG episode, “Relics,” you never forget your first. For me, that would be the Pathfinder–class Long Range Science Vessel. It was one of our first T6 “conversions” and the first Starfleet ship that I designed and modeled from beginning to end. It has a special place in my heart and always will!

It’s not always obvious to players, but it can take a fairly long time to have a new ship added to the game. I remember a blog post from the STO website from some years back that put this time down at around 6 months on average. Has that time changed between then and now?

Marrone: The length of time to develop a ship soup-to-nuts varies quite a bit depending on how ambitious the project is. Ships that require a brand-new design, animations, and a new hull material require a lot longer than a more standard variant of an existing Starfleet ship, for example. Ships are also a very cross-discipline project, which requires systems designers, concept artists, ship artists, FX artists, animators, UI artists, and QA to all work together to bring them to life. It can take anywhere from a month to several months, depending on the scope.

One thing that has changed is we generally set aside more art time to make a ship model now than we used to; the ship models we create now can be four or five times more detailed than they were 10 years ago!

What do you most wish people knew about the process of designing content for a game like Star Trek Online, or about your work as a designer?

Marron: Something that I never quite understood before I started working at Cryptic was just how many moving parts there are in game development. Many times you have a good idea but when you start to consider how to implement that idea, you realize how far-reaching the consequences will be and how much actual work that idea will take. Sometimes you still follow through, but many times you have to step back and reassess what needs to be done to make sure you can deliver an update on-time or without breaking other major systems in the game. 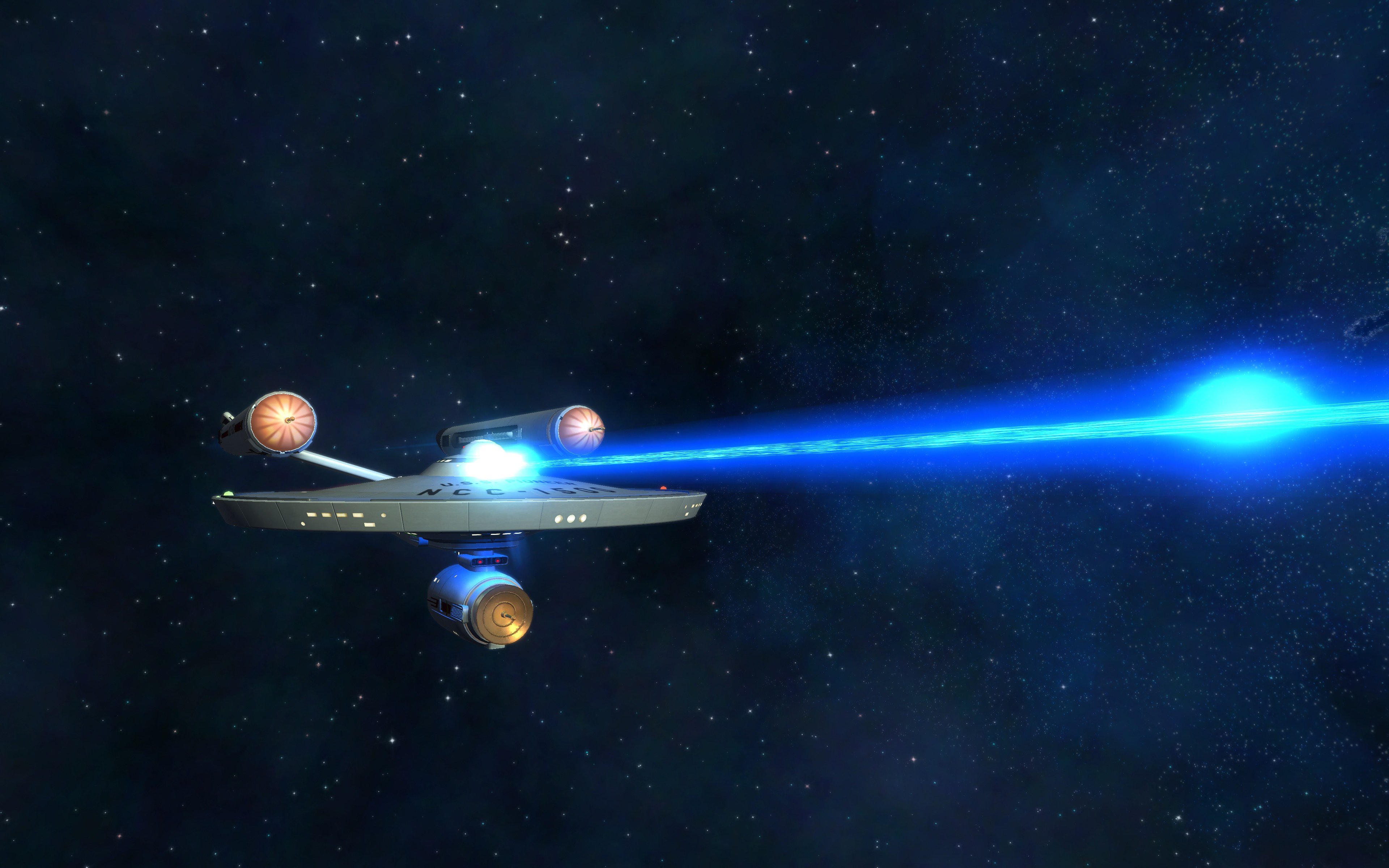 Star Trek Online‘s place in the larger canon of the TV shows has allowed it to add detail to a lot of things that were left otherwise unexplained onscreen. Things like giving a name to the unnamed aliens from Star Trek: Enterprise‘s “Silent Enemy” episode or adding a whole backstory to unseen elements like the Iconians, and more recently, the Hur’q and Star Trek: Discovery‘s Mycelial Network. How have players (and perhaps non-playing Trek fans) reacted to these developments so far?

Marrone: I think Star Trek Online owes so much of its longevity to the fact that for a long time, it was one of the only ways to experience new multimedia Star Trek stories. We have built a great base of players who love how we tie the various threads of the tapestry of Trek history together. Star Trek has been around for over 50 years. STO has been around for 10 of those years and we’ve done a lot of great storytelling to add to the breadth and depth of the Star Trek universe.

Thanks to new Star Trek movies and TV series, particularly Star Trek Discovery, STO has had a fair amount of new sources to draw on for current and upcoming content. What kind of Picard-based content can STO players expect to see in the future?

Marrone: We are really excited about the opportunities that having ‘live’ Star Trek TV affords us! While we can’t talk specifically about what players will see from Picard, rest assured that we’re chomping at the bit to bring elements of that show into Star Trek Online, just as we have elements from Discovery! 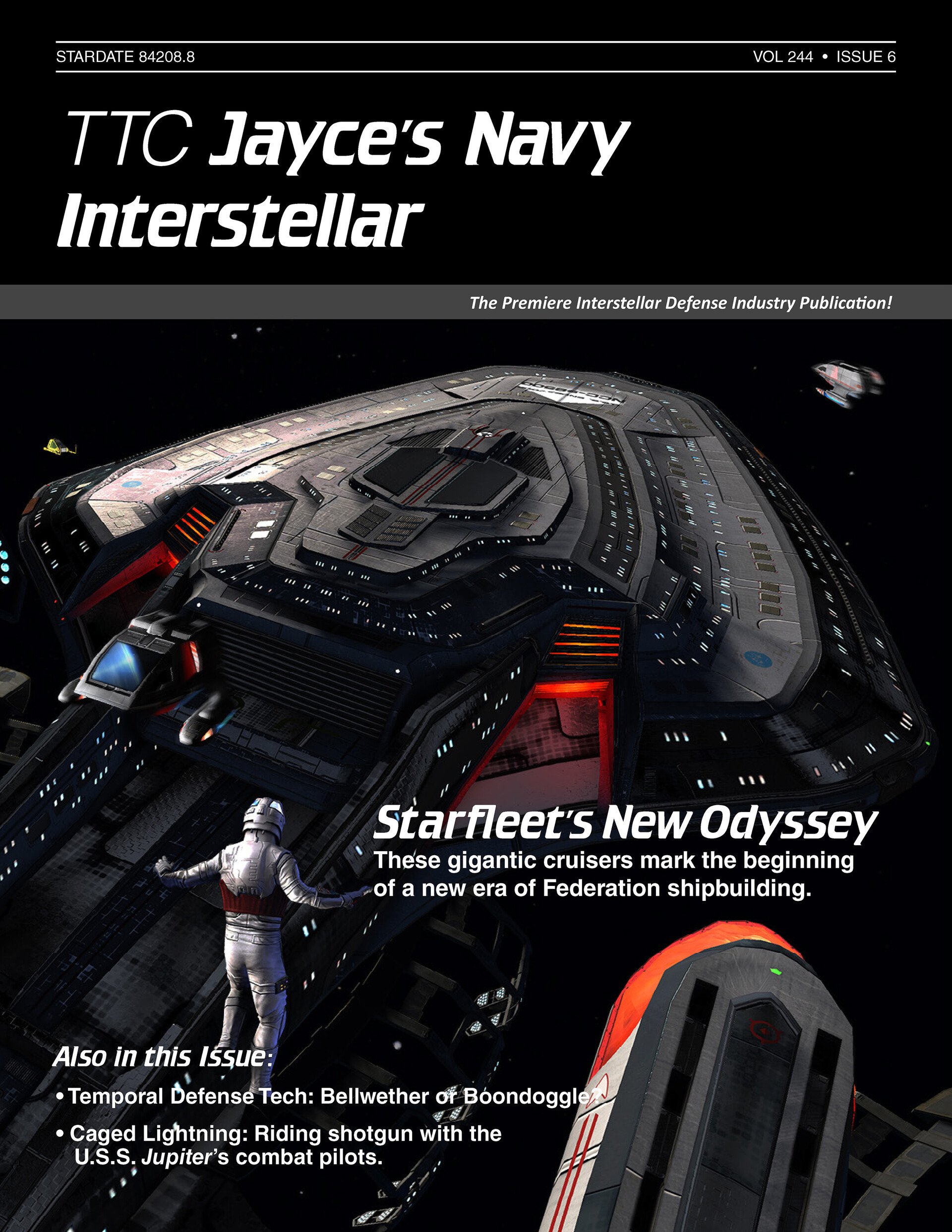 Speaking of Picard, from the trailers and previews, that show appears to take place in a similar “future” to STO, i.e. some years after Star Trek: Nemesis. How does Cryptic plan to account for conflicts that might arise from plot or setting details that get revealed in the show?

Marrone: Over the course of the game’s lifetime, we’ve done a lot of work to include content from a variety of timelines and universes, even including the Kelvin Timeline from the JJ Abrams films. Thankfully, Star Trek is replete with devices for doing so – retcons, time travel, and parallel dimensions are all tools we have in the toolbox and we know how to use them if we have to.

If someone gave you the power to add something from Star Trek Online — like a race, a storyline, or a ship and crew — to the “official” Star Trek canon in the form of a movie or TV show, what would you most want thrown in?

Marrone: I think it’d have to be the Odyssey-class Enterprise-F! It was a privilege working with the collectible company Eaglemoss to create a physical model of the ship last year. Most recently, IDW Comics used the Odyssey-class for Picard’s flagship, the U.S.S. Verity, in the Picard Countdown comic series. It has been wonderful to see the Odyssey appear in other Star Trek media and I would love to see it appear on screen as well!

Thank you so much for your time!