[For our current Bloggers Wanted topic, ‘We are VR’, Gamemaniac3434 wrote a great introduction to the promises and challenges of virtual reality gaming rigs. Seeing is believing, but it’ll be some time before we can all see it. ~ Shade]

Virtual reality (VR) is a very difficult thing to describe and demonstrate without trying it for yourself. I’ve seen plenty of doubt and people shrugging it off. While some of that may be justified, I wonder if it doesn’t stem from that difficulty of not being able to experience VR firsthand. Unlike other primarily visual media like video games, comic books, and movies, VR cannot be shown without a VR headset. It’s a hard thing to grasp, and if you have never tried one it can seem like another fad à la 3D television.

I know that because I used to feel the same way, until I went to Best Buy and tried out the Gear VR for Samsung phones. Now I’m sold on the idea that VR could be a next step in media and video games in particular, at least in some form.

There are certainly issues to be overcome, and as always there is the risk that it is just a fad. But in this case, I don’t think it is. I thought 3D movies and TVs were a dumb concept as well. However, while there were some genuinely interesting attempts to give the system some value to gaming, the actual idea and implementation is lacking in all the TVs I tried at Best Buy and such. Yet I think the issues with VR are still surmountable, and I’ll explain why I feel that way.

VR for the first time
I recall trying VR for the first time, and being blown away by what I experienced despite being pretty cynical about it beforehand. It turned out that the Samsung section of Best Buy actually had a Gear VR on hand and was willing to let me try. Intrigued, I put on the device and navigated menus with it on. I got to simulate sitting in movie theaters, sitting on the moon while watching a video, and I could spin around in the chair and see all the stuff behind me too. 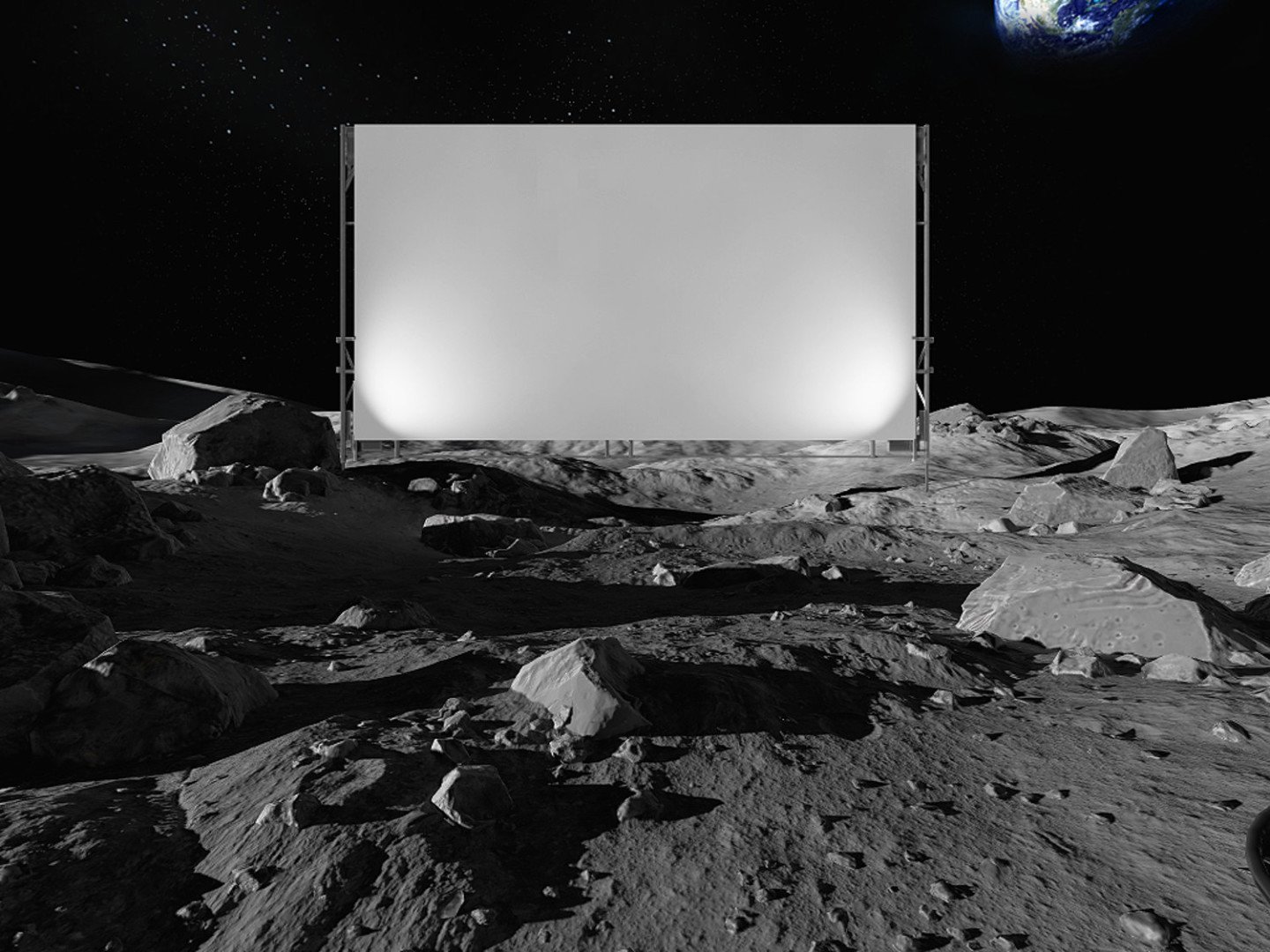 It was mind-blowing, and it was like nothing I had ever experienced: the closest analogue I could think of was an IMAX theater (though they would rather you didn’t). It was amazing. You feel so linked to what the screen is doing and it feels incredible. I haven’t felt this way since I first switched my PS3 from a standard definition TV to an HDTV. If you have never tried a VR headset of any type, I highly recommend trying to find a demo unit and giving it a try for yourself.

That said, there are issues that need to be addressed that I felt even on my first time. So now I’m going to go through different issues with VR and explain why I think they are something that can be gotten past.

Issue with VR: Nausea
While I really enjoyed using the Gear VR, after using it for a while and getting up from the chair, I felt nauseous. For other games that are more intense – or for longer sessions – I imagine it’s going to be far worse. Luckily as time goes on, things like that should be mitigated by learning how to work with people’s brain thinkers: some studies have already shown that adding a fake nose decreases nauseous instances by a decent amount, and with time game developers will hopefully figure out what works. That said, until it’s figured out this is going to be a problem that needs to be high priority. At least unless people have suddenly developed some sort of fetish for feeling sick after gaming. 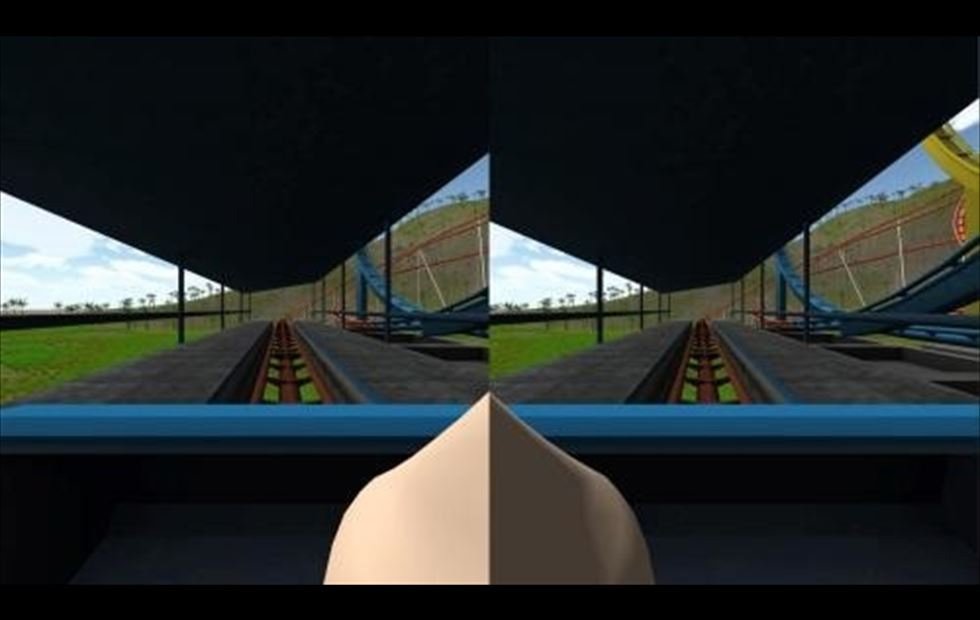 Issue with VR: Cost and adoption
Something people might bring up as an issue with VR is cost and the adoption of the technology as a whole. It’s honestly a valid concern: these headsets are incredibly expensive and given that the technology is hard to understand without using it, normal people probably won’t see the benefit -especially with those price tags. But as a counterpoint, I’d like to share a news article from 1998 via the New York Times, regarding the price of some of the first HDTV’s – that price sitting around $8,000.

While not entirely equivalent, I think stuff like this is a good example of why pricing is something destined to become less of an issue over time, especially when tech enthusiasts snap up early versions and there’s consumer interest on at least some level. If VR interest remains, as time goes on the technology will get cheaper and cheaper until eventually it becomes something affordable to the consumer.

As for adoption, that’s going to require relatively cheap VR headsets that are easily available to most consumers and will act as a ‘gateway drug’ of sorts. Already such things exist: in certain areas in Sweden kids meal boxes from McDonald’s can be converted into rudimentary VR kits as long as you have a phone, spreading appeal and making them more accessible to the average consumer at low cost. 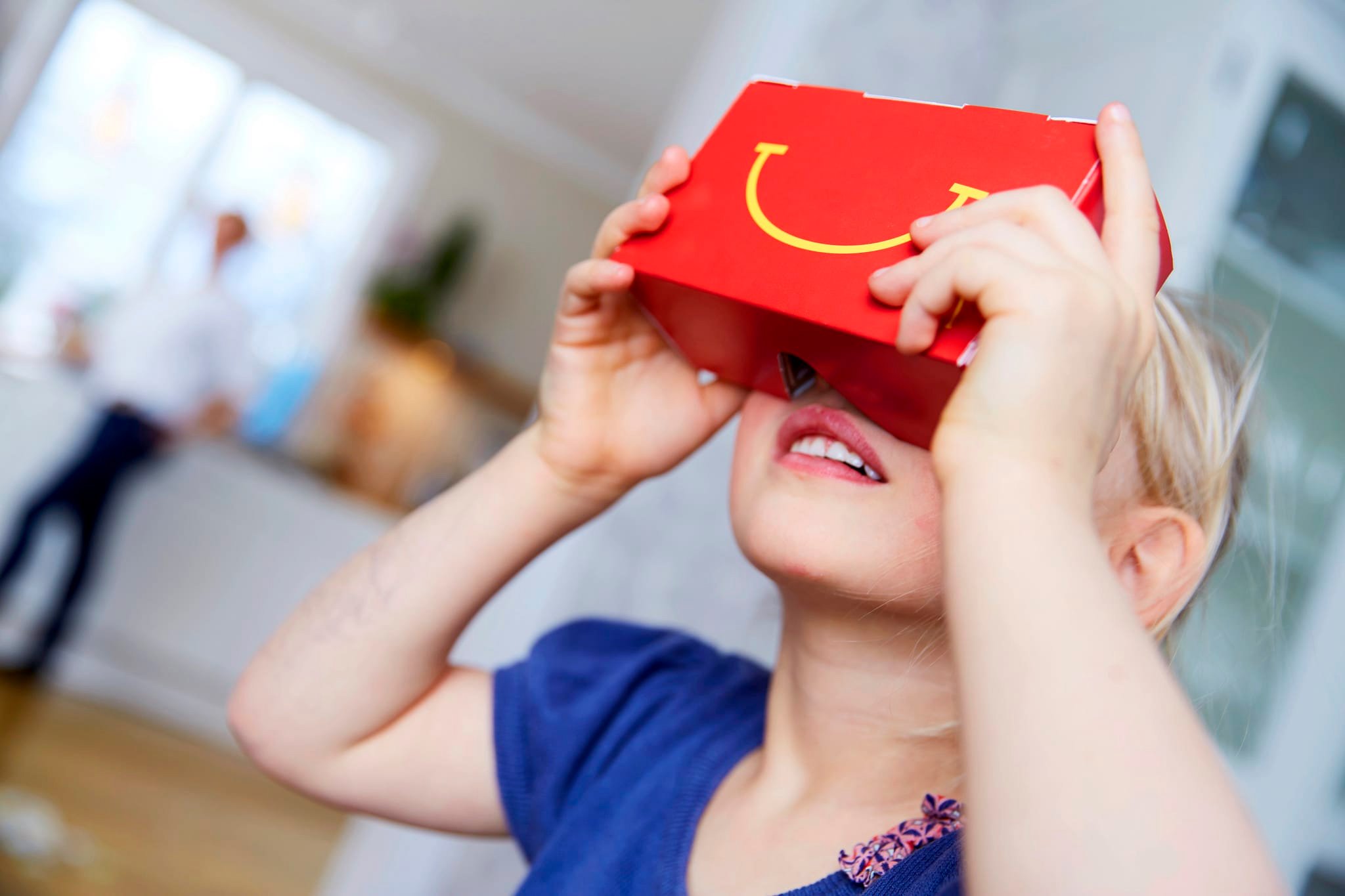 The Samsung Gear VR is around $200, and probably represents the lower cost high-end model. $200 isn’t cheap, but it’s not nearly as expensive as the big players in a lot of ways, provided you have a compatible Samsung phone. With a little touch dongle, and a strap or face foam it’s one of the more comfortable looking models I’ve seen.

And finally, Google Cardboard has an app for phones and a huge variety of different headsets you can use depending on the final quality you want: for around 35 bucks you can get a decent headset that will let you experience VR and see if it’s something you would enjoy with a better model. Such low-cost devices lack in quality, but can sell VR to interested parties as an experience. Even if it’s a poorer experience, getting that initial try is enough to let people know if it’s an interesting thing, allowing cheap headsets to broaden the appeal to a wide enough market to support VR.

Issue with VR: Power
Tied in with the cost is the hidden cost of a machine to run the VR with, and this is going to be a big sticking point as well. As cheap as the above headsets may be, they all run off the assumption you already have a phone – and in the case of the Gear VR, the right phone – which is not something all people have. But something even less people have is a PC rig powerful enough to run the games well, and that’s an expensive proposition on its own. 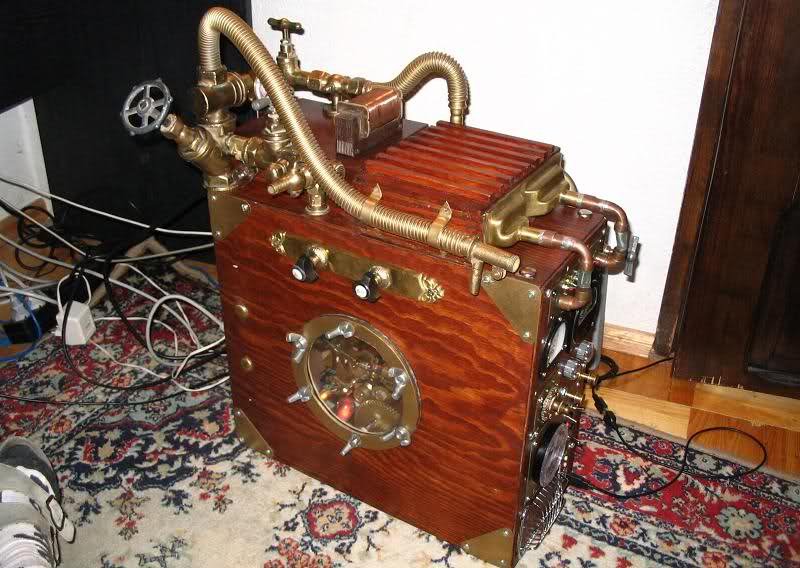 Add in that you need a fairly powerful phone or a very powerful computer, and you have another roadblock to success. This one may be dissipated by time and understanding of how to properly optimize VR, but it’s probably going to be an issue that sticks around. However, in the heavyweight area there is already something of a cheaper solution in the form of the PSVR. And while I have talked at length about that before, it’s probably in a prime position when it comes to power to cost ratio. It probably won’t be the best VR headset tech-wise, but in terms of being powerful yet within the reach of an average consumer I think it’s an important stepping stone in continuing to make VR accessible by keeping the cost and set-up low and easy. The issues of pricing for the VR specific headsets, meanwhile, should be mitigated over time as component costs decrease and powerful PCs become cheaper.

VR vs Augmented Reality
Less an issue with VR and more of an interesting divergent path, augmented reality is another area I find interesting. Some have argued that it might be a better path than VR, and while I don’t necessarily agree with that sentiment I do think it’s good to have alternate pathways for evolution going on here.

The concept behind augmented reality is that, unlike in VR, you wear something that lets you see fake things in a real space. Microsoft demonstrated their Hololens as a conceptual use of the device and – even if it it’s a bit less impressive than early trailers led people to believe – it’s an interesting concept. Working with a game like Minecraft in a real space, a la virtual Legos, is a fascinating prospect and I can imagine using it to do some crazy things with board games or virtual railroad sets.

Cost-wise I’m not sure where this tech falls, though all the same concerns above and counterpoints will probably apply, but it’s something to keep an eye on. Hopefully there’s two different but cool options available for gamers to pick from if augmented reality picks up, and it’s something I’m hopeful to see come to fruition. 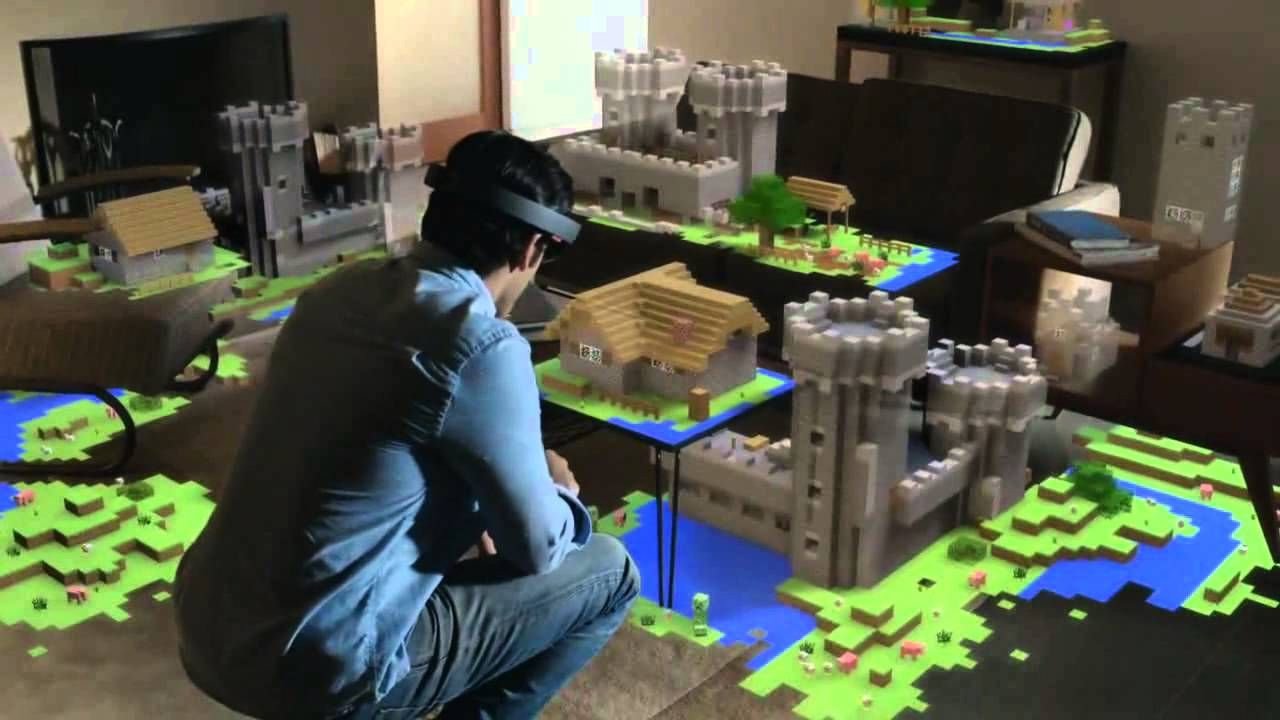 And those are my thoughts on VR, as a concept and how it may be able to overcome its inherent issues to rise to prominence. Feel free to leave your opinions below and let me know your thoughts on VR, but as for now I guess we’ll have to wait and see how things progress in these arenas. For myself, I hope that it can and we get a cool new piece of technology to do crazy stuff with. 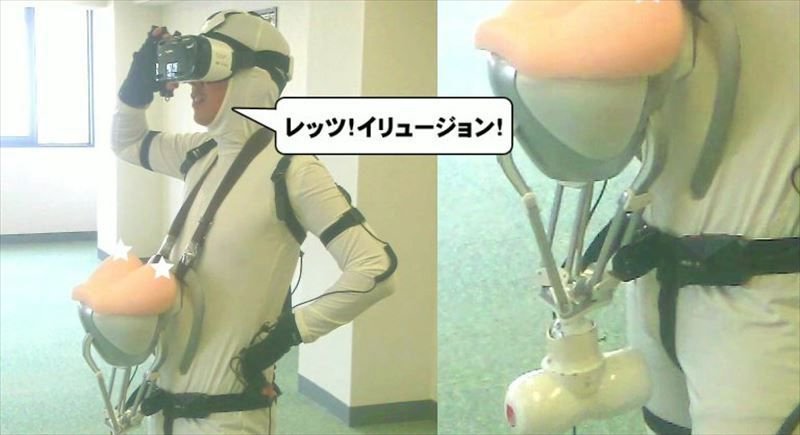