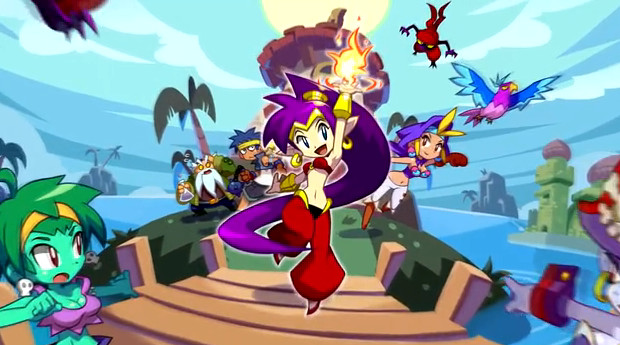 It’s hard to believe that WayForward has been around since the early ’90s, but it’s true. The studio has been cracking away since the days of the Game Boy, now with over 200 licensed titles under its belt. Sadly, it has only had the opportunity to release a handful of original titles. Games like Lit, the Mighty series, and Shantae are too few and far between, but with any luck, that’s about to change.

Shantae: Half-Genie Hero marks the studio’s first Kickstarter campaign, and I’m already hoping it’s not the last. For a mere $400K, the studio proposes to release an all new, hand-drawn action/exploration game for Wii U, PS3, PS4, Xbox 360, Xbox One, and Steam. The game is already looking beautiful, with cuter character designs, more fluid animations, and more lush backgrounds than the series has ever seen before.

It looks like this one will be an origin story, as there are pajamas involved, though further details remain at a premium for the moment. We’ll be welcoming Matt Bozon, Shantae’s creator and WayForward co-captain to Sup Holmes this Sunday at 1pm PST/4pm EST to talk about this and many other things, so stay tuned!